I have spent six decades catching dace from a variety of waters. As a youngster, I was somewhat dismissive of them as merely smaller versions of harder-fighting chub, despite clear biological distinctions. All that changed in the early-1980s as I encountered properly big dace, appreciating them with fresh eyes. Today, the dace is second only to roach in my affections and the species I target as a specimen angler.

That early-1980s encounter was on Hertfordshire’s River Beane. The river was significantly modified by mills and urban encroachment with its waters much abstracted. Sadly, it’s a situation that the intervening 30+ years has not improved. But, despite the narrowness of the channel and often limited flows, the river had big dace that I used to target by sight with free-lined bread or sweetcorn.

How big is a specimen dace? 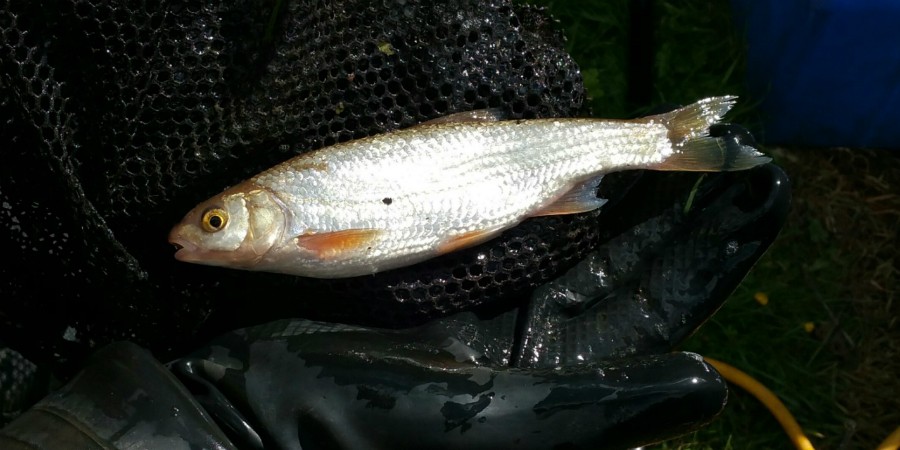 The Beane was the place I first netted a dace of a pound, in specimen terms a huge fish albeit one that even a modest-sized pike wouldn’t hesitate to engulf. A specimen dace is often considered as a ‘double’ of ten ounces or more, but I reckon anything more than a half-pound is ‘big’. A large dace also looks surprisingly big, much more muscular and superficially more chub-like than smaller fish. 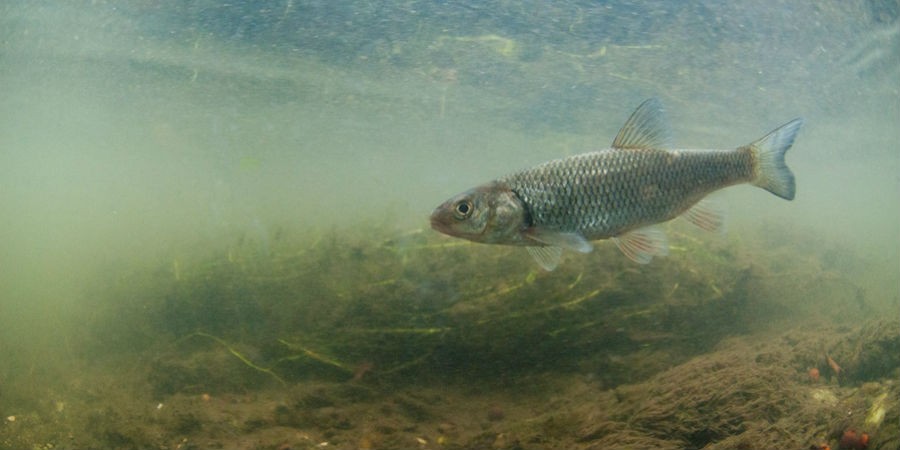 Dace are also among the most obliging feeders, well adapted to cold conditions and continuing to grow and feed throughout the winter. They are also present in the rivers of southern France flowing down to the Mediterranean, where I have caught them in sub-tropical temperatures. Accordingly, it is rare to find conditions in which dace are unwilling to accept a bait. 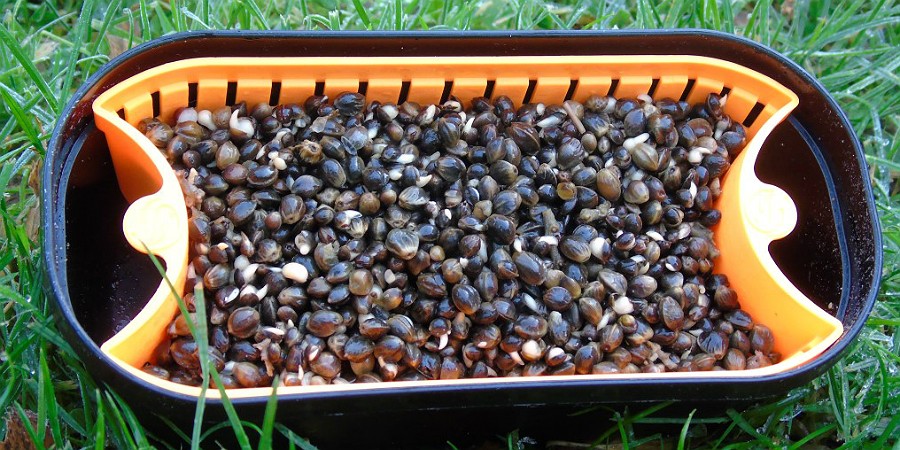 Though slighter than chub, dace are surprisingly eager to take quite a decent-sized bait. Aside from my mainstays of bread in various forms, maggots and worms, I have found that sweetcorn can be quite selective for bigger dace. I have caught dace on big chunks of luncheon meat presented when barbel fishing, dace having a pronounced carnivorous preference particularly in warmer water. One of my little tricks is to use a cheese grater on a lump of luncheon meat to produce a tub of ‘luncheon maggots’ that dace really seem to relish! Hemp and tares, wheat, casters and many more baits also score, presented on free-line, float, pole, leger or other tactics suited to water conditions.

Dace on the fly

Another favourite way to take dace is on the fly. Most small wet fly patterns imitating insect larvae or fish fry will take dace below the surface, my favourite being a gold-ribbed hare’s ear (GRHE) in sizes 14 or 12 presented on light tackle. Dace will eagerly take a dry fly too, and are not picky about pattern; my favourites are a grannom sedge or heron grey. Dace bites on all tactics are notoriously quick, particularly on the dry fly when an instant response is necessary without the usual delay required when trout fishing.

Dace are also obliging in terms of the range of waters in which they occur. Rivers are their most prime habitat. Dace occur in most rivers in England and Wales except the far west and south-west. They are penetrating increasingly throughout Scotland, and spreading also from their initial introduction in the south of Ireland. Dace are distributed from northern to southern Europe, except into the lower Iberian Peninsula, and eastwards as far as Russia. They are as at home in large, powerful rivers as they are in the kind of tiny, overgrown streams that are commonly neglected. The good news here is that specimen dace are far from limited by the size of water they inhabit. I have taken some absolute belters from streams I could step over, particularly in the winter as they move out of bigger rivers to resist spate flows and prepare to spawn early in the year.

Dace on the canal network

Dace are also found in many canals, particularly those connected with rivers. I have had big specimens and good bags from the Exeter Canal, canals connected with the Lee and throughout the Kennet and Avon Canal, and have seen and heard of good dace catches from the Llangollen Canal in Wales and on the Grindley Brook locks area. As well as on the Oxford Canal around its confluence with the Cherwell.

A 1lb dace is a thing of wonder! I have held the Bristol Avon dace record since 1996 with a spawny female fish, equalling it with an amazing male fish in 2009 the equivalent spawn-laden female of which could have weighed 1lb 10oz (and I have stalked fish of this size at close quarters). I have also held the Hampshire Avon river record since 1989 with a whopping 1lb 4oz dace that could have taken the British record had I been more aware. My witness and I decided to round down the 1lb 4oz 8dr weight to 1lb 4oz, only later discovering that the British record was then 1lb 4oz 4dr! 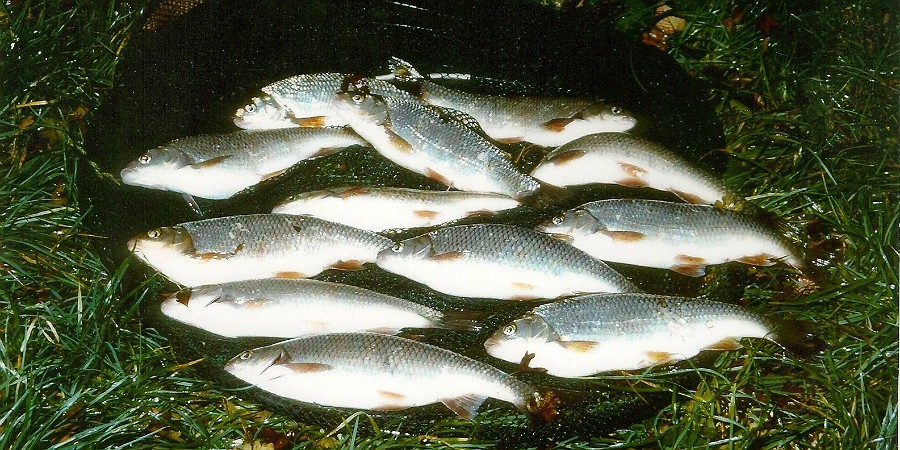 And the ultimate dace prize? Possibly Simon Ashton’s 1lb 5oz 2dr fish from the River Wear? For me it is a ‘magic double’ – coined by that great specimen pioneer Richard Walker – of a 2lb+ roach and a 1lb+ dace in the same sitting. I have had the pleasure of achieving this about a dozen times, I think always on bread in its various forms in the late autumn to early spring half of the year. 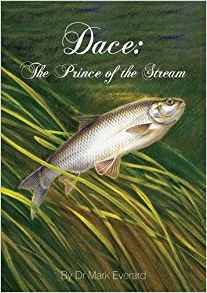 There is an awful lot more to learn about dace, their biology and how that informs the best means to catch big fish by design. My book 'Dace: The Prince of the Stream' tackles this in detail. Writing it was a labour of love; I hope that it brings a much pleasure to the reader as the writer!