'Idle Women' - the land girls of the waterways

Most people are familiar with the ‘Land Girls’; women who volunteered to work the land to aid the war effort during World War Two. Less well known, however, are their canal-based equivalents; known undeservedly as the ‘Idle Women’.

This nickname, derived from the initials ‘IW’ (for Inland Waterways) displayed on their badges, (given to those women after the war by Susan Woolfit in her book Idle Women when her daughter asked what IW stood for and Susan jokingly responded with Idle Women) who volunteered to operate canal barges carrying vital supplies through the country’s waterway network.

Idle they most certainly were not

The boat crews numbered three women to handle the diesel-powered narrowboats, each one towing its butty boat. The work was hard; each pair of boats carried heavy loads of up to 50 tonnes – mainly steel from London to Birmingham, before returning to the capital laden with Warwickshire coal to be shovelled directly on to canalside factory wharves.

For this round trip of some three weeks on board consisting of 18-20 hour days, the ‘girls’ were paid £3 per week, with the option of a week’s unpaid leave afterwards. Unlike the Land Girls, they received no extra rations subsisting on “cocoa with condensed milk, national loaf and peanut butter”[1].

Applicants need only be 'of robust constitution'

Many of these women were barely into their twenties, and most had no boating experience; each receiving just six weeks training at the start of their posting. They came from all walks of life; debutantes, bombed out East-enders and even a soon-to-be duchess operated the boats. One of the trainers, Kit Grayford, was a former ballet dancer. The Department of War Transport’s only requirement was that young women who applied had to be 'of robust constitution'.

Their numbers were small, some 45 women, aged from 18 to about 35, worked on the canals and waterways of England between 1943-46. Unlike the Land Girls, the Idle Women have never received any official recognition for their contribution to the war effort, although British Waterways (now the Canal & River Trust) unveiled a plaque in their honour at the National Waterways Museum in Stoke Bruerne, Northamptonshire in 2008.

It is not surprising that some of these exceptional young women went on to live exceptional lives. Emma Smith published a number of books based on her experiences on the canals. Olga Kevelos became a competitive motorcycle racer, and was the only woman to hold two international six-day gold medals. She studied French Medieval History in Paris and as a contestant on Mastermind her chosen specialist subject was Genghis Khan.

Three of the ‘Idle Women’, Emma Smith, Nancy Ridgway and Daphne French, also known as Daffy, shared their wartime memories with the Canal & River Trust and extracts of these interviews were incorporated into an audio piece by Heather Wastie. You can hear the voices of Emma, Nancy and Daffy here: 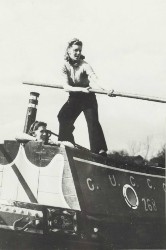 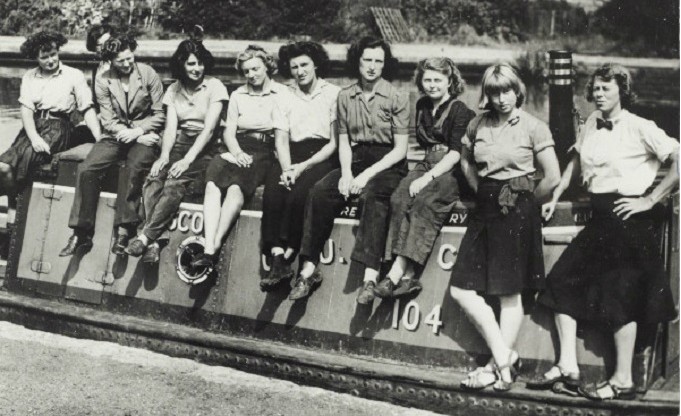