Dogs on boats: from the archive

It's not unusual to see dogs on boats, and they've been boaters' companions for many years. Check out these four-legged canines from our archives.

Dogs, a man's best friend? Boaters for centuries, men, women and children have enjoyed the company of their pets, and in particular, dogs. 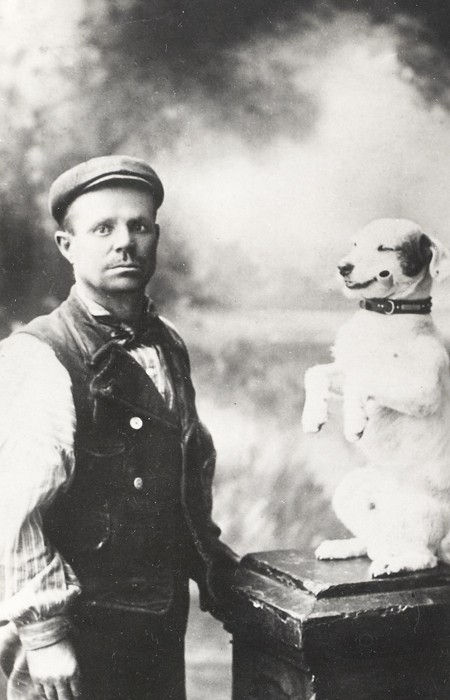 Going right back to the very earliest of archive pictures, we found this gem of a pair.

This boatman wearing a flat cap, a neckerchief and double breasted waistcoat is having his portrait taken standing next to a small terrier type dog on its hind legs on a box, with a pipe in its mouth.

Althought the dog looks pretty happy about this arrangement, probably not the best idea to give your pet a pipe, however happy they may look.

We have many photos spanning the decades in our archives which are housed at our very own National Waterways Museum at Ellesmere Port, and it's definitely worth a visit. However, the musuem will be closed until further notice. 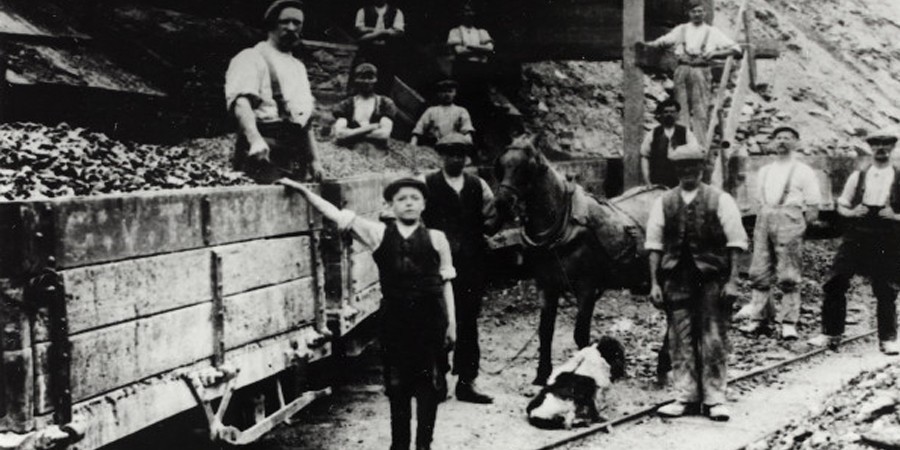 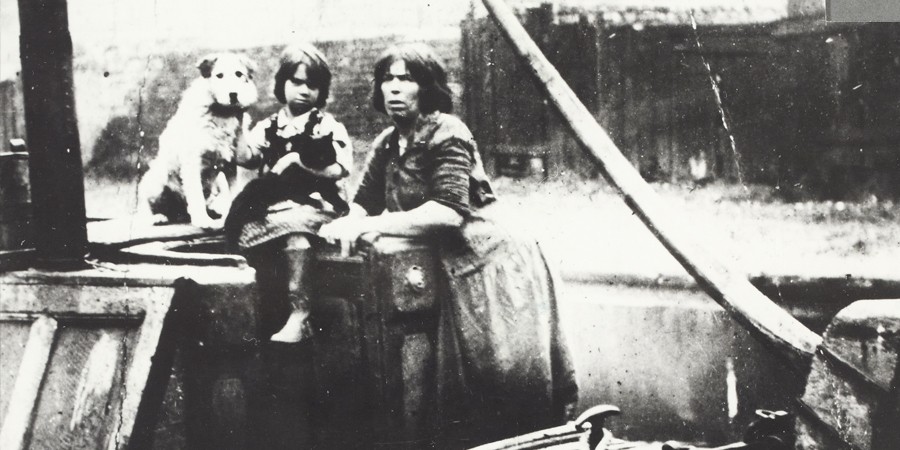 Hussar the boat, and boating family
Previous Next 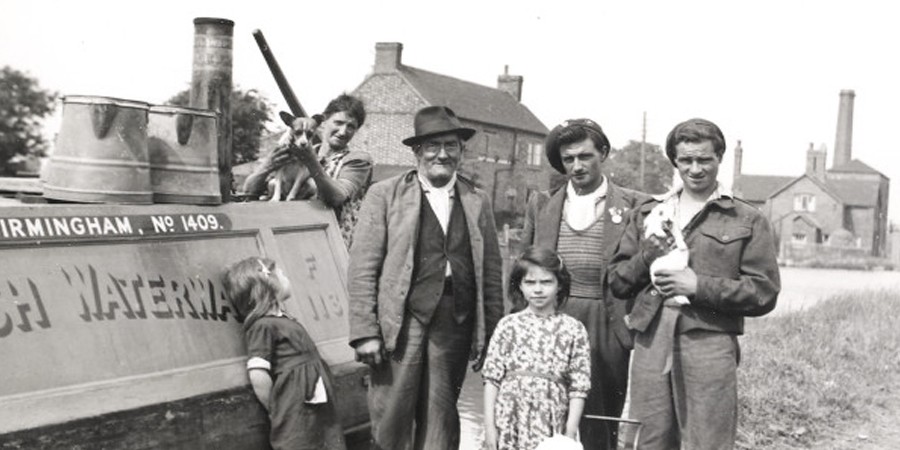 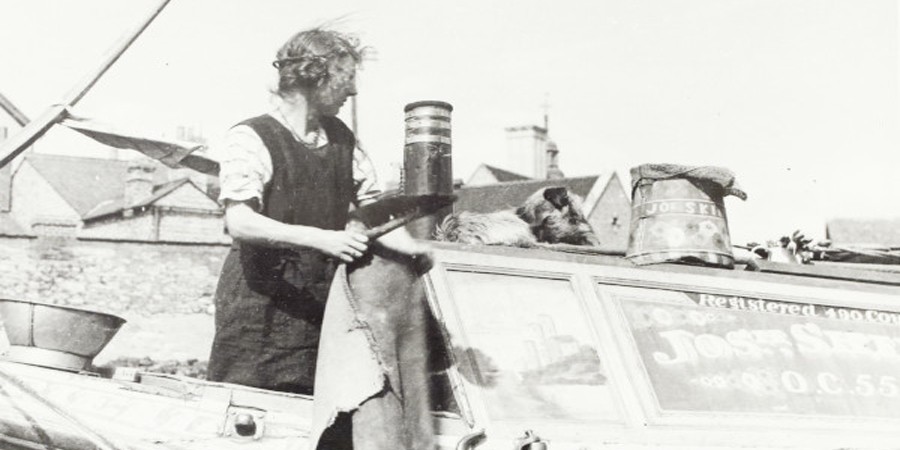 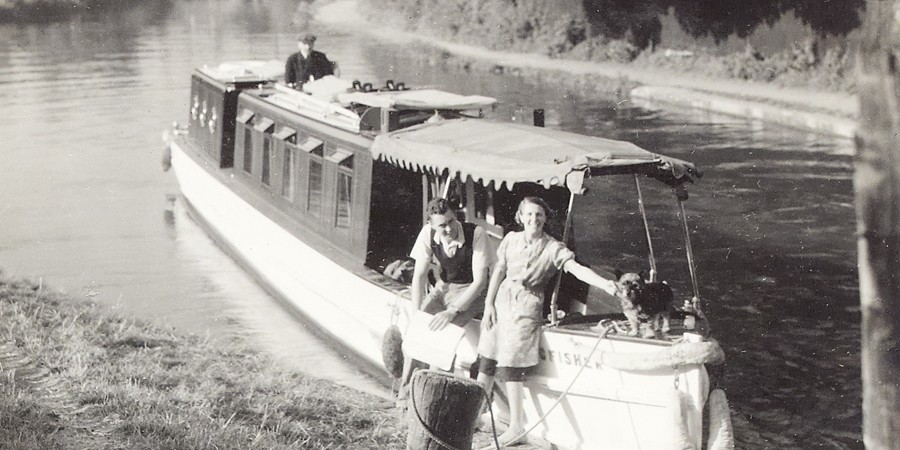 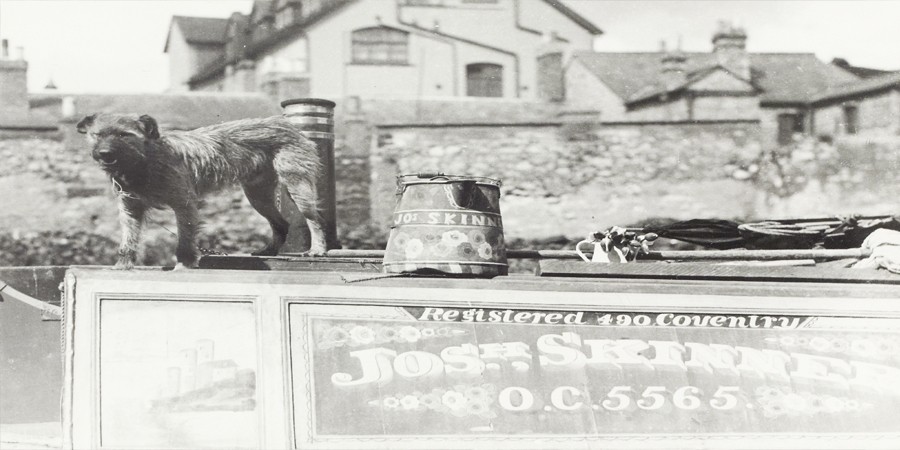 Stand-out images from the twenties and forties here, including boatwomen and snow deeper than most of us can probably remember. 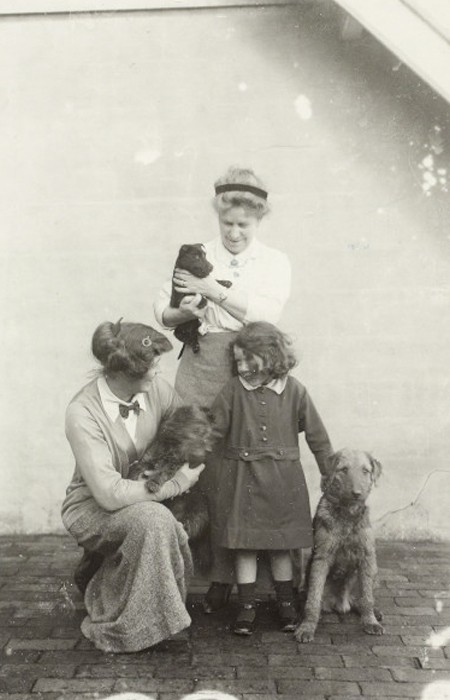 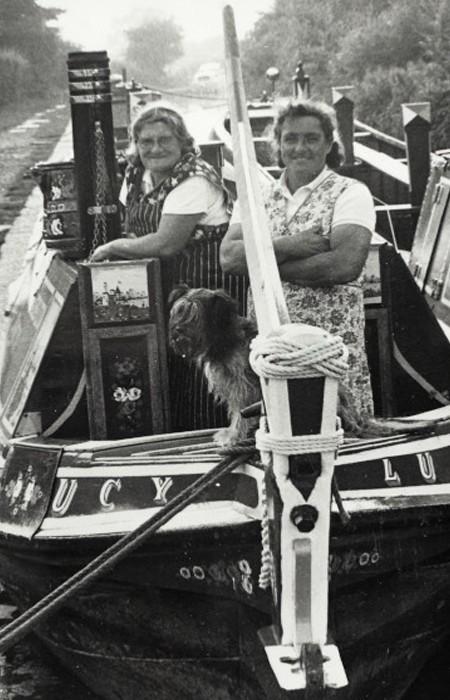 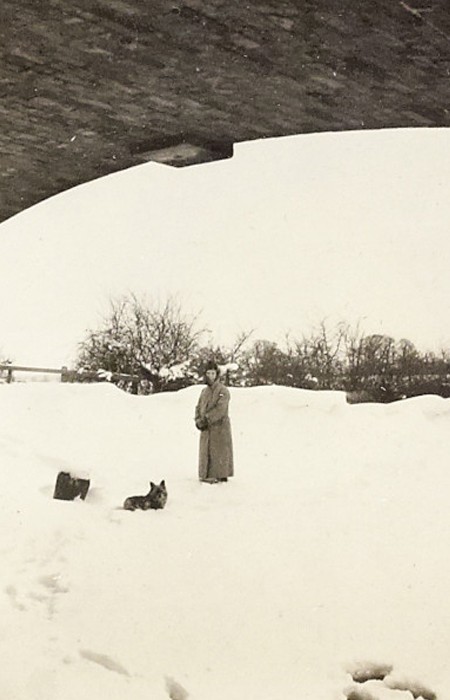 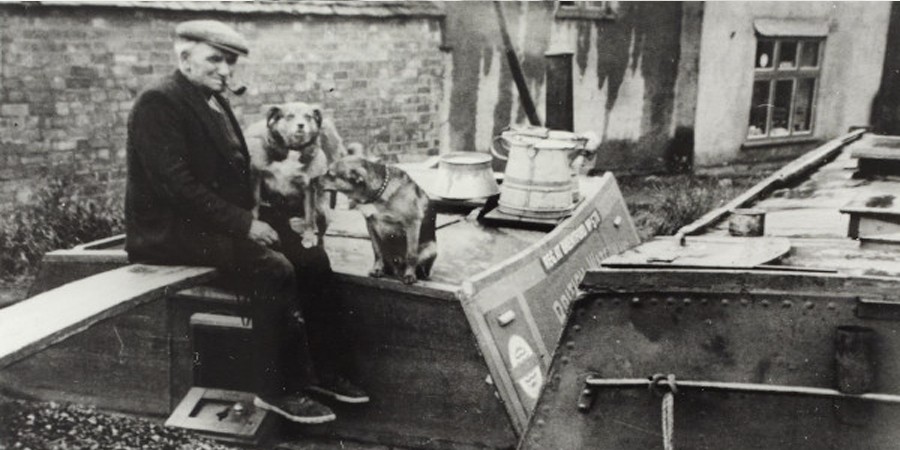 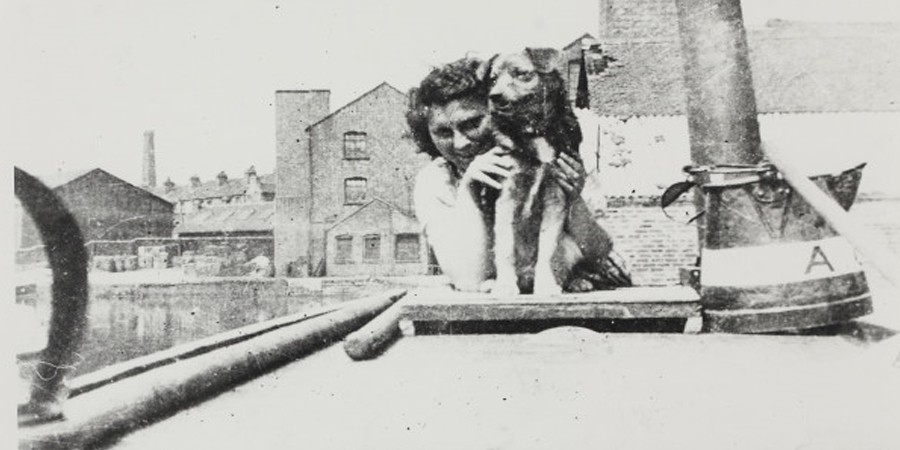 Boatwoman and dog on River Nene 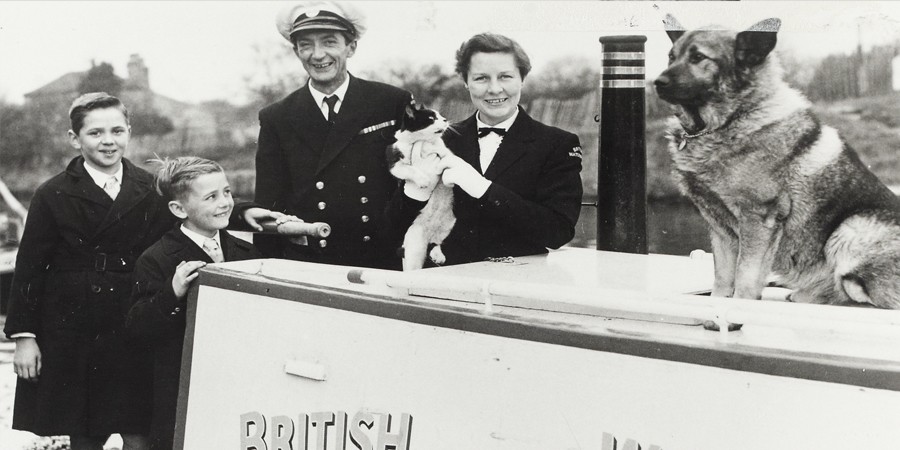 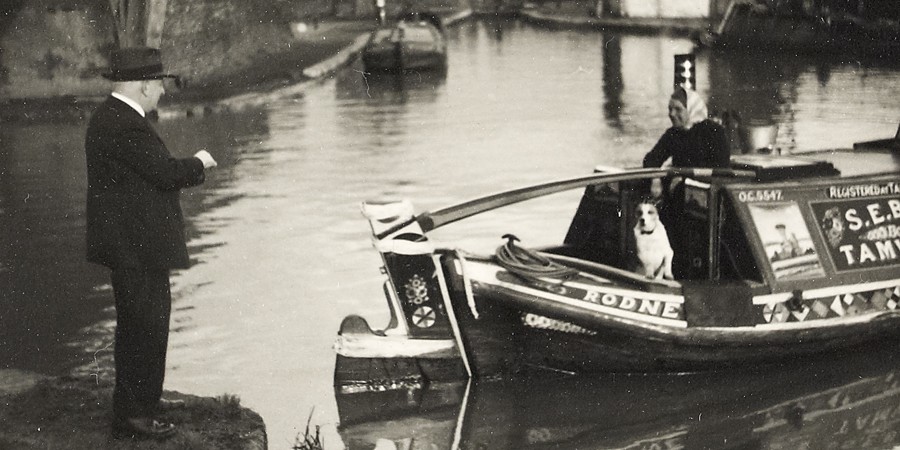 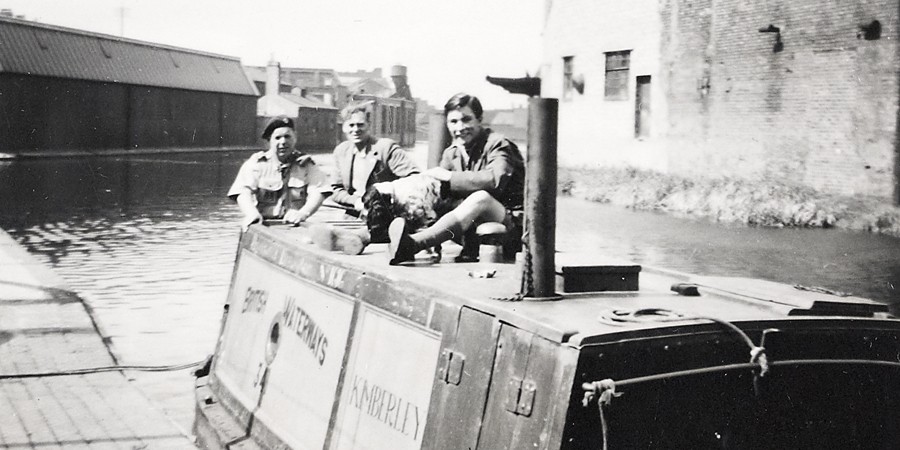 Herbert Dunkley and friends aboard Kimberley 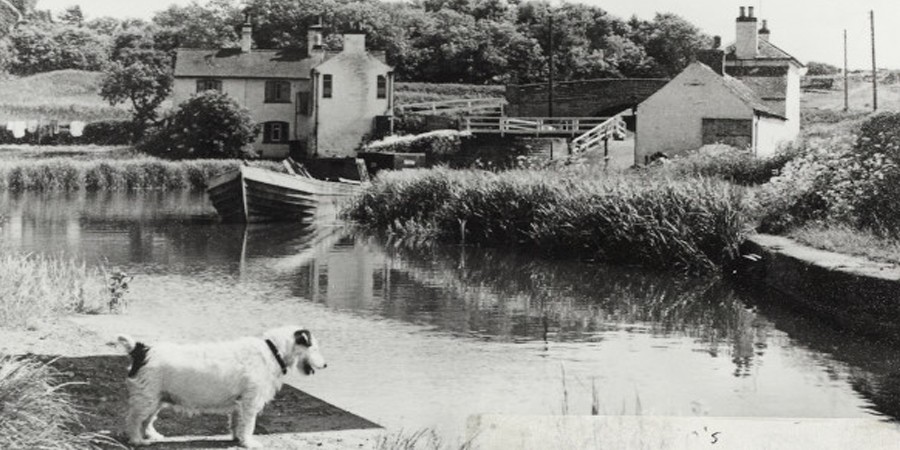 Foxton on the Grand Union Canal
Previous Next

There are more dog pictures in our archives, but it's also jammed full with pieces from our fascinating canal history.

Blog: Dogs of the waterways

You can now search over 37,000 archive records in our online catalogue, including over 22,000 historic images freely available to view