Where it all began

The club has fishing rights on several local still waters, plus the rights of the Wybunbury Brook, a tributary of the River Weaver.  The club’s main stillwater, owned since 1977, is the Jubilee Pool Complex named in honour of the Queen’s silver jubilee year, and which comprises three different waters on a twenty acre site. We also rent four prolific stretches of the Shropshire Union Canal, some of which have hosted sections of recent Angling Trust national championships and my do again in the near future.

The club’s involvement in Let’s Fish! began in 2018 when we held four events; two on the Shropshire Union and two on the Jubilee complex.  Encouraged by Peter Henery, Pip Reade and I took our level one coaching course in November 2018. The level two qualification quickly followed in 2019. That summer we set up our junior coaching academy. Currently, we now have a total of four level two coaches, three level one coaches, and two very enthusiastic volunteers.

The joy of angling coaching

After asking all of our coaches their reasons for getting involved, it was apparent that we all do it for the same reasons. A love for angling, a significant lack of young people within the sport, the passing of skills to the next generation, and the sheer satisfaction that a day’s coaching brings were all listed by our coaches. Most even said that the satisfaction of coaching is as good as, if not better than, a day’s fishing for yourself. 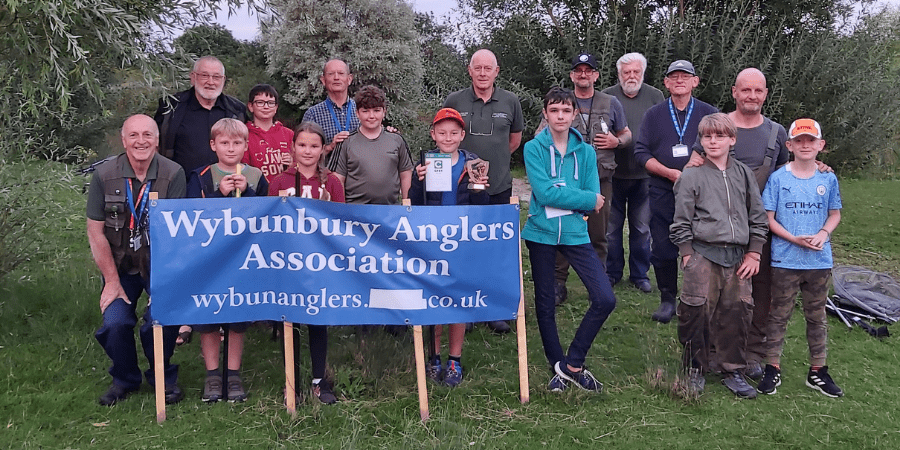 In 2021, the club ran eight Let’s Fish! events on the Shropshire Union Canal at Henhull near Nantwich. It is an excellent venue where bites from species such as gudgeon, roach, perch and skimmers are usually plentiful.

The record number of fish for a 50 minute slot currently stands at 37, caught by a young lady on her first ever fishing session. In total we had around 130 people attend our events in 2021. Many subsequently joined the club and our coaching programme, some with enormous success as you will find out later. We also held two development days in preparation for the National Celebration of Young People and Fishing in September.

Depriving a pensioner of his money

One of the funniest memories from our 2021 programme was on the final event of the year in October. We had two brothers arrive for the first slot, brought by mum with grandparents for support. They’d attended once the year before but only managed one fish each on a difficult day.

On this day, remembering the previous year’s catch, grandad bravely offered to give them both a pound each for every fish they caught. I gently explained to them that this was a very generous thing to do as they might catch quite a few, and that the record number for one participant at the venue was 37 fish!

His face as I broke the news was an absolute picture. They subsequently caught 22 and 19 fish respectively, but true to his word, Grandad went home over £40 lighter, seeing the funny side but vowing never to make that mistake again!

In 2020, a year badly impacted by Covid, we had one single participant in this growing national event. We were determined to step up and do much better in 2021. We achieved that by taking ten young people along. A couple had fished for their very first time that year at a Let’s Fish! introductory event. This then led them through to our coaching programme.

We had six entries in the cadet category (7 to 10) and four in the junior category (11 to 15). Several Wybunbury coaches were on the towpath over the two days supporting our participant as well as giving a helping hand to some young people fishing without direct links to clubs.

One of our anglers, Lewis Mayne, came second individually in the cadet category weighing in 2kgs 750, over 6lbs in old money, which was a fantastic achievement. We also had Zach Enderby winning the award for most promising angler. Zach had only started fishing at a Let’s Fish! introductory event in June 2021. He enjoyed it so much he immediately enrolled on our coaching programme.

All of our young people were focussed, determined and did themselves proud over the celebration weekend. They all achieved the number one aim of everyone on the bank, getting their hands on a fabled gudgeon mug. Most importantly, both they and their parents had a thoroughly enjoyable time. I can’t see many not wanting to attend year after year.

Rounding off the year, we had five of our young people picked for the end of season teams of four event in late October. An extra coaching session was arranged on the canal to bolster skills and confidence before the big day. The five involved, twins Sam and Phoebe Sellers, Zach Enderby, Lewis Mayne and Bruce Simpson were all in the cadet category. I’ve since found out Jaden Millington and Maxx Whitham had been in the selectors thoughts and almost made it into the final line up. I’m sure their time will come soon, for they too show much youthful promise.

Much anticipation and excitement on the Thursday night watching the live Facebook draw ensued, despite a worrying weather forecast predicting incessant rain. Saturday morning arrived and again we had several of our coaching team providing help and support, including newcomer Ray Newton. At the end of the event, amazingly fished in the dry, it was apparent it had been quite a fishing challenge for many. Both Zack and Sam had done really well and we were hopeful of a decent finishing position for them both. 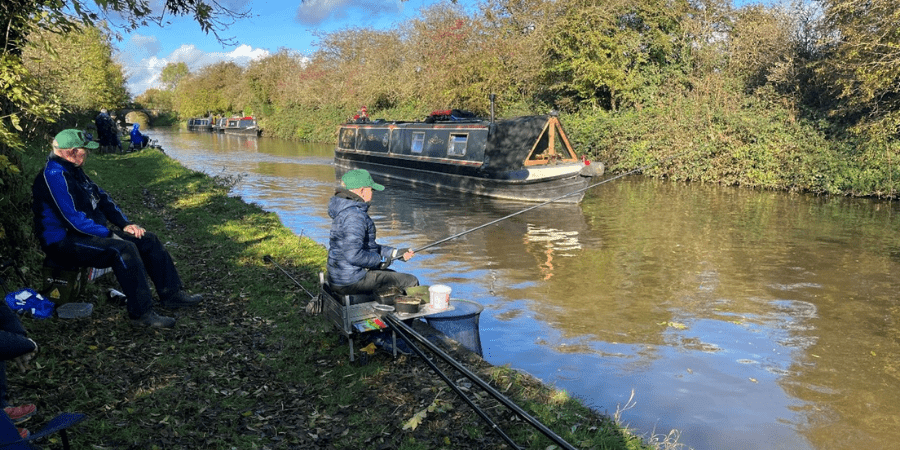 Once all the results were in, it was confirmed that Zach had come first individually with Sam the runner up. Wow. Come on Wybunbury! For good measure, Zach was also a member of the winning Let’s Fish! Starlets team. What a fantastic achievement for someone that only caught his first fish a matter of weeks before! He’s a name to watch out for in the future for sure and shows just how quickly the application of the Let’s Fish! principles creates anglers. The coaching team were enormously proud of all of these young anglers; this in itself gave us all as much pleasure as competing ourselves.

What’s next for us

Our plans for 2022 were started in the dying days of 2021. Several Let’s Fish! introductory events are pencilled in the diary along with our summer coaching program. Events for the local scout group are also in the pipeline. Expanding into offering fishing sessions for mental wellbeing is something that is also being explored. The club see Let’s Fish! as a vital way of introducing people to fishing, and since our involvement, we’ve seen a steady growth of new members.

One of the wonderful things about being involved in Let’s Fish! is the help and advice freely given from other coaches and clubs, and the feel of a supportive community. We’ve received help and support from the award winning Ramsbottom Anglers and have understandings with both the Prince Albert AS and Port Sunlight AC, who also run events in Cheshire.

I would urge any club or individuals thinking of getting involved in Let’s Fish! to contact Peter Henery or John Ellis via lets.fish@canalrivertrust.org.uk and at least find out more.  The rewards and growth potential for you personally and your club can be considerable, as we have been able to demonstrate.