An angling club that has started to fulfil its full potential in recent years is the Wirral based Port Sunlight club. This is their story.

Our fishing club was formed back in 1947 by employees from Lever Brothers Soap factory. The second half of that decade was a time of austerity but also of much optimism and positivity about what the future might hold. Fishing wise the club acquired permissions for members to fish on some small, local farm pond venues. Members fished the nearby Shropshire Union in club matches in the 1960’s and 1970’s in and around Chester.

After foot and mouth restrictions were lifted in 1968, a record 75 of the then total membership of 120 fished a match on the Golden Nook stretch. It was the Covid fishing bounce of its day. Up until the early 1990’s, we still held a keenly competitive annual home and away contest against Lever’s sister company, Crosfield’s, based in Warrington. The home leg would be on the Shroppy on the Ellesmere Port or Backford stretches with away legs held on the Sankey St Helens canal.

In early 2018, the club secretary was contacted out of the blue to see if we were possibly interested in getting involved with the fledgling Canal & River Trusts Let’s Fish programme. With the club committee already committed to the idea increasing our junior membership, we keen to find what the meeting with Peter Henery might produce. It was at our Fireman’s Pool site where we first met up. Both parties were impressed with each other’s vision of the future. In 2019 we held a small number of Let’s Fish events on our own waters. Our secretary, having recently retired, began helping to coach on some of the local Let’s Fish events in the Northwest and West Midlands. Three of our coaches took up a Canal & River Trust bursary to take up become L1 coaches.

Expanding our portfolio of fishing rights

In 2020 our forward-thinking committee, already having access to canal fishing through affiliation with other clubs, decided to expand our portfolio of fishing rights available to the membership to include some of our own canal sections. This proved most opportune as membership expanded during the Covid pandemic. We took on three local stretches, two on the Shropshire Union and one on the Weaver Navigation. We have signed a mutual agreement with the Canal & River Trust to become an Associated partner organisation to hold shared beliefs with that of the Trust.

The club worked its socks off in 2021. New coaches were recruited, and several attended the Trust coach development run by the 2021 Canal Pairs champion Simon Mottram. This further enabled us to deliver quality events with more than 30 Let’s Fish events being held on the Shropshire Union around Chester canal between April and September. This included working with three local schools as part of the Let’s Fish Schools programme. Consequently, we were able to direct dozens of enthusiastic new junior and senior anglers joining our club. As a result, our junior membership showed healthy growth again now sits at over the 100 mark with around 25 girls for good measure. 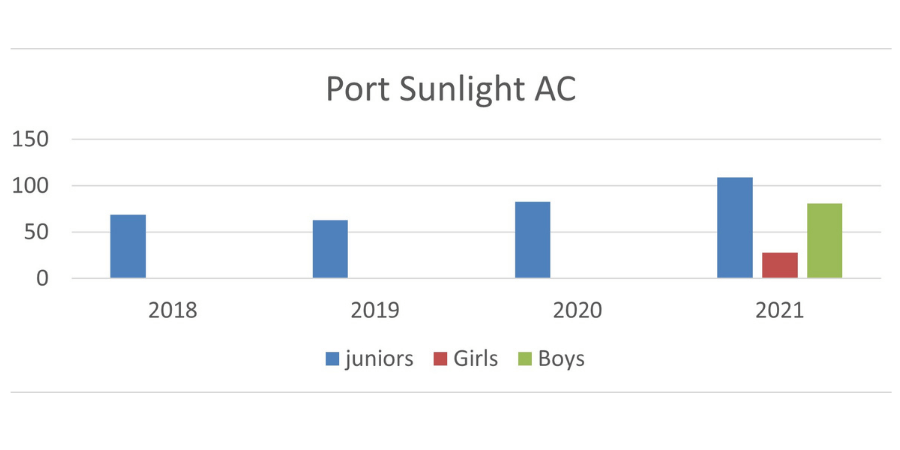 There will be positive economic benefits to the local tackle shops in the area. We envisage the respective proprietors will all be grateful for the enhanced level of business opportunity.

From our talent pool of over 100 junior members, we held a Let’s Fish development day for prospective team members on our productive Christleton stretch. This was important preparation ahead of the national celebration of young people and fishing. This event turned out to be the largest since 2009, something the whole Let’s Fish family can be truly proud about for most of the participants have emanated from this programme. We were absolutely be delighted to be able field 9 anglers in 3 teams, resplendent in logoed hoodies.

Excitement rose as the big day approached Could all our team secure their vouchers to receive the all-important gudgeon mugs and perch badges? For our club partakers, indeed for the vast majority of the 200 or so kids who took part, the words of Baron Pierre de Coubertin, founder of the Olympic Games rang true, that ‘the most important thing is not the winning but taking part and performing as well as you can’.

In the cadet’s section for the seven to ten year age group, our Vikings Team comprising of Luca Candlin, Kian Clarke and Jonathon Cave finished 9th out of the 27 teams with the Lux team (Penny Prinold, Jack Peters and Eva Holt) in 15th spot. The following day, our junior team consisting of Amelia Gudger Jackson, Gareth Ellis and James Downes finished in 29th slot out of 40 Three of our participants were later selected to fish the Let’s Fish national teams end of year event and Luca Candlin was part of winning Cadet boys’ team. 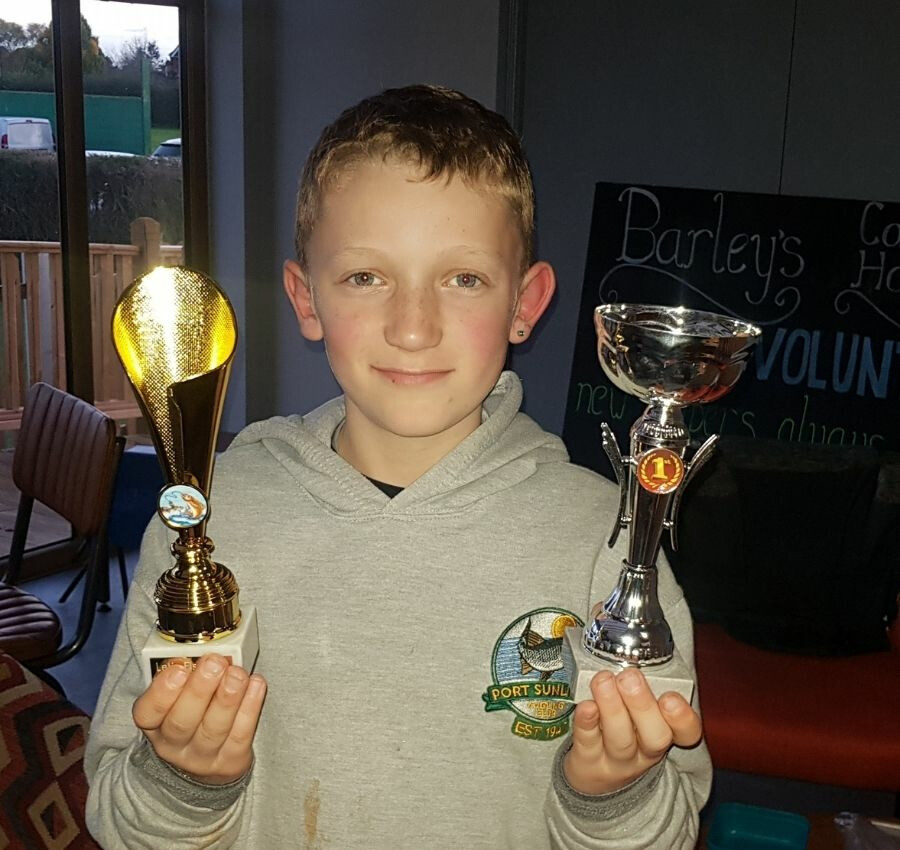 We are now looking to develop a junior academy on one of our waters, having been awarded an Angling Improvement Fund grant to purchase the recently erected classroom container and install a composting toilet facility. As a Let’s Fish premiership club, we will be looking to strengthen our position and work with other local likeminded clubs for the benefit of angling for young people. We will be expanding the number of Let’s Fish events on the Shropshire Union stretches and utilise the Sutton Weaver venue for the first time for this important work. Having tasted the excitement of the various national participation events and via the hosting of a 2022 United by Birmingham Commonwealth Games regional celebration, we are quietly confident we will be able to enter even more teams in next year’s national celebration. There are also several other United by Birmingham Commonwealth Games opportunities in the pipeline that our keener junior members will doubtless want to be involved with.

Too many Cooks don’t spoil the broth

Let’s Fish coaches are all encouraged to gain experience by representing coaching teams at the Angling Trust national championships. This helps coaches better prepare their students as to what it’s like to participate in mass participation events alongside hundreds of others. Whilst avoiding a ‘by some distance last place finish’ is perhaps our most important measure of success, it’s a very nice bonus indeed when a Let’s Fish coach has the day of a lifetime on such a prestigious occasion.

Thus, it was that Port Sunlight’s very own Colin Cook, representing the Lets Fish Coaches Orange team, won B section and hence a prestigious section winners medal at the Angling Trust Division Two national held on the Gloucester & Sharpness Canal in September 2021. Not far behind Colin in the section was Angling Trust’s CEO Jamie Cook. Does being born with the surname Cook provide some natural innate fishing ability? Do let us know what you think.