The club was started by a group of keen match-men back in 1954 in the Prince Albert Pub, Macclesfield, Cheshire. Over the years, the club has grown significantly in size, now having over 10,000 members. This is their story.

We’ve over 220 waters, stretching from the Scottish borders in the north to the lower Wye in the south with details on our website. To meet demand, we’ve expanding our canal fishing portfolio in recent years. It was around 30 years ago when a small group of the club officials started to focus more on junior development realising that the future of the sport was important and by no means guaranteed.

In 2011, Peter Henery was appointed as Junior Development Officer. A respected coach, Peter started to change the way juniors were engaged with and started to deliver opportunities for junior members to learn and progress on their fishing journey.

By 2021, the club had over 800 junior members. Peter created specific events to cater for the different types of fishing the juniors wanted to do, alongside the development of their skills at a sensible pace.

We created some cracking junior anglers with the PAAS junior match team sweeping the board for a few years winning several competitions which included the North West Regional Junior teams Championship event and Cheshire Juniors Championship.

PAAS junior have been very successful, and we had one young Junior Adam Biddulph represent the England junior carp fishing team on more than one occasion. On the match scene, we have Sarah Taylor who has become a well-recognised angler, now sponsored by Maver. Sarah has won some notable competitions including Fish ‘O’ Mania junior next generation event, Ladies Fish ’O’ Mania, Team Gold in Junior National and Team Gold in Ladies national. 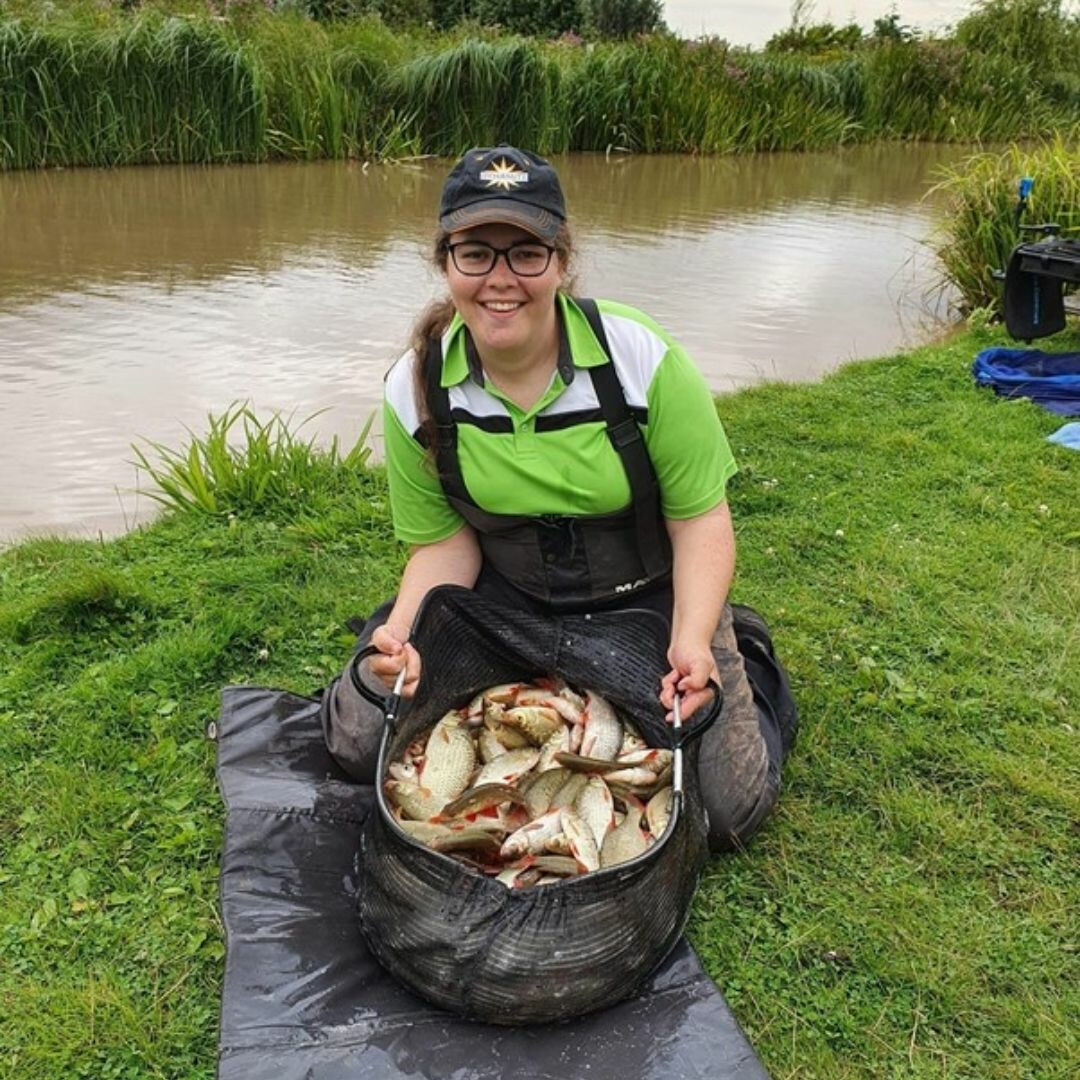 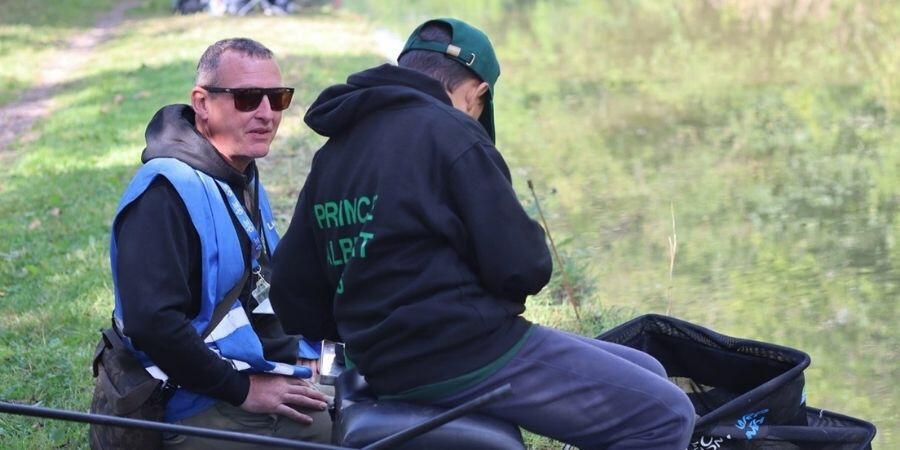 We also benefit from the volunteer support from Phil Murphy, Jonathon Owen and up and coming Jodie Deacon who was recently selected as captain of the Lets Fish English Girls gold team at the 2021 Let’s Fish end of season team event. Jodie will undertake her level one qualification during 2022.

Like many Let’s Fish premiership clubs, our work is split into direct Lets Fish events and additional club participation work outside of Let’s Fish.  PAAS hosted 8 Let’s Fish introductory events in 2021. Six were held on the Shropshire Union at Nantwich with a further two on the Macclesfield Canal.

All our Let’s fish introductory event were well attended with an average of over 20 present each time. Participants receive an hours tuition.  I’m sure we could have doubled that attendance had circumstances permitted larger gatherings.

As a club, we were criticised by some for taking the fishing rights on a section of the canal around Marsh Lane at Nantwich which had previously been available via the Waterway Wanderers. It was felt by some critics in the local angling community that this new arrangement was driving local young people of somewhere to fish.

In arranging Let’s Fish introductory events and open junior events on the stretch of canal in question, the residents have now embraced the club, applauded our efforts and appreciated the organised opportunities that were presented by these events.

We have re-energised our coaching team by setting goals to aim for in the National Celebration of young people and fishing and future local inter club team challenges. We’ve brought families together with parents embracing the opportunity to get involved in supporting not only their siblings, but the club as well.

Parents volunteered to help at events as well as ensuring they had prepared their siblings for events. Therefore, we stabilized junior membership numbers at above the 2019 levels with an increase of around 50 members compared to that year.

A young boy Ashley, who has autism, attended his first fishing experience on the canal at Nantwich. He enjoyed it so much that his Mum asked if he could participate again asap. A bespoke session was arranged with Peter Henery and Andy Fairclough (Wybunbury Anglers). The upshot was that Ashley attended many additional Let’s Fish sessions and joined the local Wybunbury club, attending their Wednesday night coaching sessions weekly.

Ashley’s confidence and fishing ability developed significantly. With this newfound confidence he entered the National Celebration of Young People and Fishing. This in itself was a massive achievement but his performance on the day was inspirational, finishing 20th out of more than 110 participants recording a fabulous weight of 1kg 790grams. Ashley has now got the fishing habit and with his new found confidence, it’s making a positive difference to his everyday life. 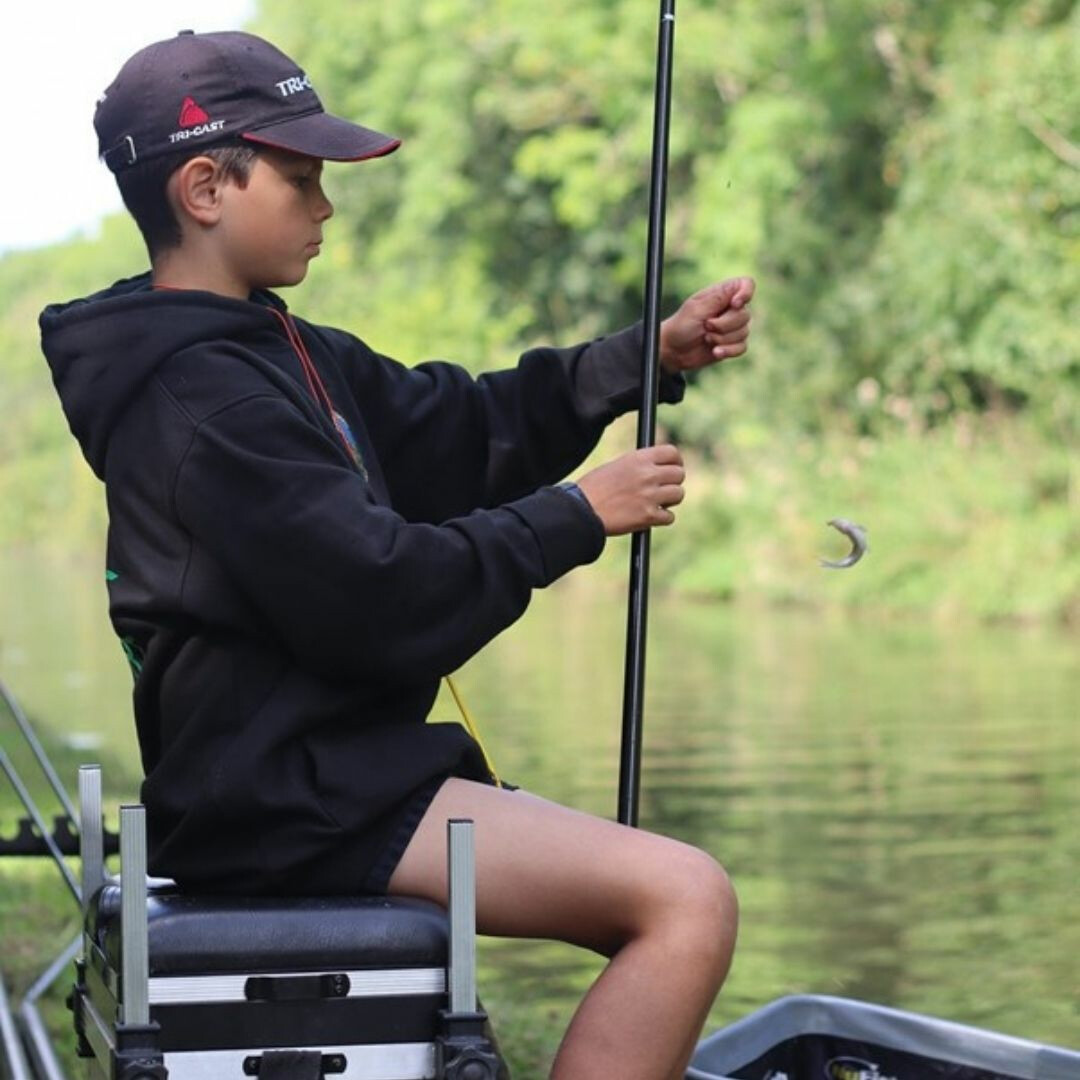 The club itself were part sponsors of the event, for which Canal & River Trust are most grateful. Nine club members comprising a mixture of cadets, (7 to 10 years)  juniors (11 to 15 years) and youth (16 to 20 years) attended the national celebration of young people and fishing They all fished their socks off, doing the club proud in the process. Not one of them failed to come away with a valued gudgeon mug.

For 2022 and beyond, there’s a need to re-establish some of our key events which unfortunately didn’t all happen during the pandemic.  The PAAS Carp Challenge did go ahead and was won with over 100lb caught over a 24 hour period by 16 year old Gideon McDermott in challenging conditions. This is scheduled for 2/3rd July in 2022.

Naturally we will continue delivering Let’s Fish introductory and development events on a regular basis, thus retaining our status as a Let’s Fish premiership club. One of the 12 Let’s Fish principles includes the importance of team. Like many clubs, we recognise the pressing need to further develop team’s structures in all age categories with a view, amongst other things, to challenge other clubs in small fun semi-competitive events. This is a great way of up and coming anglers to gain experience.

There is the 2022 national celebration to look forward to.  It’s our ambition to have 15 to 20 representatives in this event with at least one team of three in all categories We naturally hope that some members will be invited to partake in the national Commonwealth Communities Fishing Celebration scheduled for October 22nd on the Shropshire Union.  If you are an existing or potential new junior club member (there is no waiting list) and would like to explore the opportunity to continue develop your fishing knowledge and represent a Prince Albert team at fishing, please contact Peter at jdo.paas@hotmail.co.uk