Take a guided walk through the heart of the city to spot the signs of London's angling past.

A painting of the opening of London Bridge in 1831

Approaching Sir Christopher Wren’s iconic St Paul's Cathedral from St Paul's tube station, the first 'old' London street you see is Paternoster Row. The original naming of Paternoster Row probably has more to do with the monks and their old procession route to the original church than it does to fishing. However, the angler’s paternoster derived its name from its close resemblance to a string of rosary beads.

Apparently, the old-style paternoster, probably in use from around Izaak Walton’s time, had grooved beads fixed at intervals down the gut or gimp (Angling Diversions 1945) to which the hooks to gut were fastened.

Though Paternoster Row was at the centre of the London publishing trade, with many booksellers operating from the street during the 17th and 18th centuries, St Paul’s Churchyard was another home of London’s numerous fishing tackle shops. The book 'Barker's Delight', printed in 1659, before the Great Fire of 1666, mentions an Oliver Fletcher at the west end of St Paul's at the sign of the Three Trout's.

Hugh Sheringham, writing in the 'Salmon and Trout' magazine in the 1920s, went to some length to uncover these piscatorial secrets in his discourse on 'The Early days of Tackle Dealing'. He wrote of John Margrave, whose name appeared in the 1676 edition of Izaak Walton’s 'Compleat Angler', who was "at the sign of the Three Trout’s in St Paul’s Churchyard, on the north side".

William Browne had an "establishment at the sign of the Golden Fish in St Paul’s Churchyard" and it as noted that he "maketh all sorts of fishing rods, and all manner of the best fishing tackles, and he selleth the right Kirby’s hooks".

As one leaves St Paul's north transept café, a massive stone gateway lies directly opposite. When last there a few years ago I tried to remember where I had seen this huge edifice before and I soon realised it was the old 'Temple bar' gateway, but in the wrong place. It should by rights have been at least three quarters of a mile west of St Paul’s, in Fleet Street.

Fleet Street lies just down from Ludgate Hill and is named after the River Fleet that once flowed gracefully into the Thames. These days it’s a subterranean sewer, but in times gone by anglers would have lined its banks.

Well known as the centre of London’s giant newspaper industry, the last Fleet Street newspaper closed its doors some years ago. Fleet Street though is still littered with relics of its history, such as newspaper names painted high on the walls above the road. They serve only to remind us of its glorious past.

The title page of Walton's 'Compleat Angler' was published by "T Maxey for Rich Marriot, in St Dunstan's Church Yard, Fleete Street". Now St Dunstan’s reputedly had some kind of memorial to Walton. A tiny old church still exists on the site between Shoe Lane and Fetter Lane, again both haunts of important London tackle dealers like John Gillett and Giles Little.

The current church, now partly used as a Romanian Orthodox church, is almost circular in design with intricately carved marble and stone memorials, but old Izaak isn’t among them. Behind a small doorway in a large wooden screen lies an exquisite, beautifully made stained glass window featuring Izaak Walton in the centre panel, with Walton’s 'Lives' studies Henry Wooten, Richard Hooker, plus others around him. Members of the Ironmongers Company erected this in 1895. Following the death of her mother, Walton's wife Rachel, who died in 1640, was buried at St Dunstan's in the now demolished much older church.

A marble dedication tablet, restored by the London Anglers' Association in the 1940s, exists on the outside wall of the current church. Part of it reads:

"WALTON resided for many years in Fleet Street at the corner of Chancery Lane (West Side) and between 1632 and 1644 was an Overseer of the Poor, a Sidesman, and a Vestryman of this Parish: he was also a member of the Ironmongers Company.

"THIS TABLET and the STAINED GLASS WINDOW on the North West side of this Church were erected by some Anglers and other admirers of Walton in the month of April 1895." 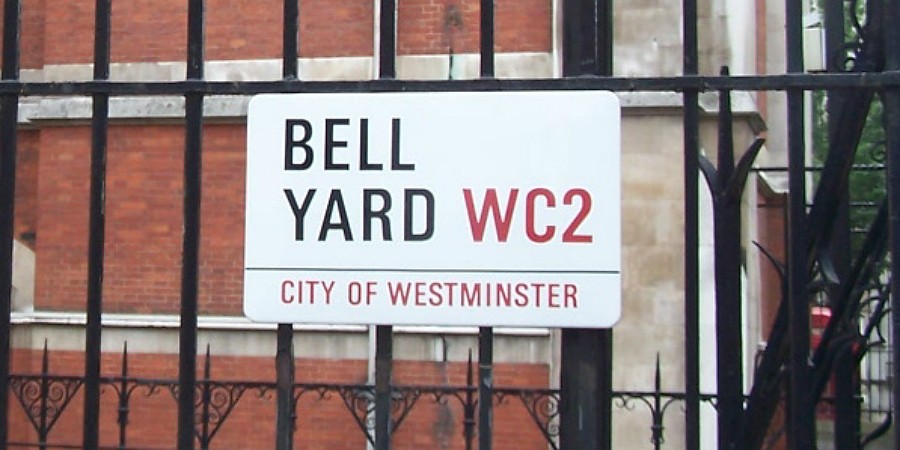 A short walk towards Holborn brings you to Bell Yard, another stamping ground of the old London tackle dealers. Bell Yard stood on the north side of Sir Christopher Wren’s Temple Bar stone gateway, at the west end of Fleet Street.

This gateway marked the original western boundary of the City of London and Westminster on the historic royal ceremonial route from the Tower of London to the Palace of Westminster. Built around 1672 as a barrier to regulate trade into the city, it was dismantled in 1978, in poor condition, to enable the road to be widened.

A memorial pedestal, containing an image of Queen Victoria and topped by a dragon symbol of London, was erected to mark the original bar's location in 1880. Temple Bar moved to Theobalds Park estate in Hertfordshire before being dismantled once again, stone by stone, and brought back to form the impressive entrance to Paternoster Square. It was officially opened in November 2004.

Fishing tackle fit for a king

Around 1770, the most famous Temple Bar tackle shop was that of Onesimus Ustonson, a maker of 'upmarket' fishing tackle, who resided at No 48 Bell Yard. Subsequent members of his family, like Ustonson and Peters, traded there until the mid-19th century.

Tackle maker to King George IV, Ustonson's brass trout and salmon reels make top prices at any of the auction houses and his address was later recorded simply as "Temple Bar". Other long-term dealers were Thomas Bowness at the Fish and Bell, Bowness & Bowness, later to be Bowness and Sons, all presumably trading from No 14 Bell Yard for more than a century.

There are more to list but I think you get the picture. Sadly, there is not much left to see of London’s angling heritage and old time tackle shops. The Blitz, demolition, rebuilding, road widening and grandiose improvement schemes have taken their toll on old London.