The seven wonders of the waterways

Have you visited all of the original seven wonders of the waterways? Read on to see how many you can tick off your list.

The original ‘seven wonders of the waterways’ list was compiled by Robert Aickman (co-founder of the Inland Waterways Association) some half a century ago. The list has been revised and added to over the years, but let's take a look at the seven Aickman selected to see if you agree with him.

Experience the thrill of being suspended in mid-air as you cross the Pontcysyllte Aqueduct by boat.

Thomas Telford and William Jessop’s awe-inspiring aqueduct is a Scheduled Ancient Monument; a Grade I Listed structure – and in June 2009 became a World Heritage site, putting it on an equal footing with the Great Barrier Reef and Statue of Liberty. The aqueduct, taking the Llangollen Canal over the beautiful River Dee valley, is 1,000 feet long and 125 feet high. You can cross by boat or on foot – and although boaters have nothing but a sheer drop on one side of them, the towpath is mercifully protected by a set of railings.

The longest, deepest, and highest canal tunnel in the country, Standedge Tunnel - on the Huddersfield Narrow Canal - is nearly three and a half miles long and took 16 years to build. At 196 metres (645 feet) above sea level, Standedge Tunnel burrows 194 metres (638 feet) underneath the Pennines.

The tunnel, undoubtedly the centrepiece of the canal, is essentially an underground warren, which boaters can now pilot their own boats through. Visitors and walkers can also experience this feat of 19th Century engineering on a trip boat which runs from Standedge Tunnel and Visitor Centre. 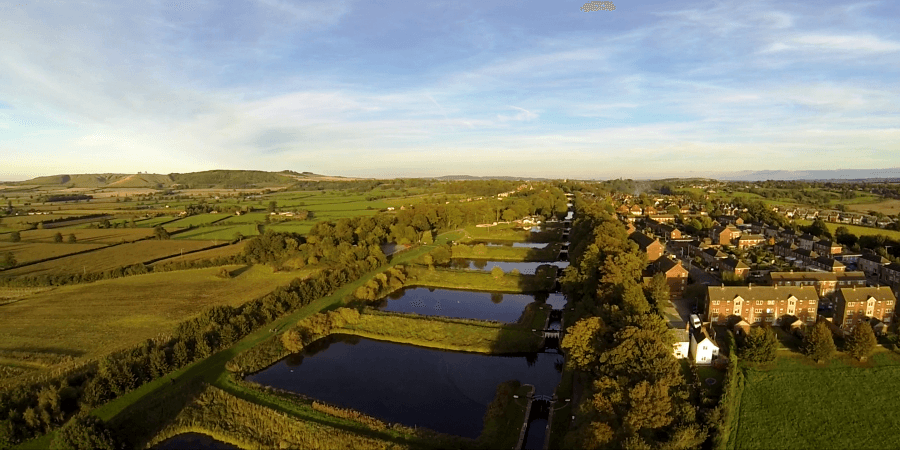 Arguably the longest flight of 16 locks - if not the most impressive anywhere on the UK's waterways - Caen Hill was engineer John Rennie's solution to climbing the very steep hill in Devizes.

The locks and ponds were the last stretch of the Kennet & Avon Canal to be built in 1810 and form part of a longer 29-lock flight at Devizes, all packed into just over two miles. They are designated as a Scheduled Ancient Monument – the same level of heritage protection given to Stonehenge.

Once you’ve successfully managed the climb (by boat or on foot) you can recuperate at the Caen Hill Café. 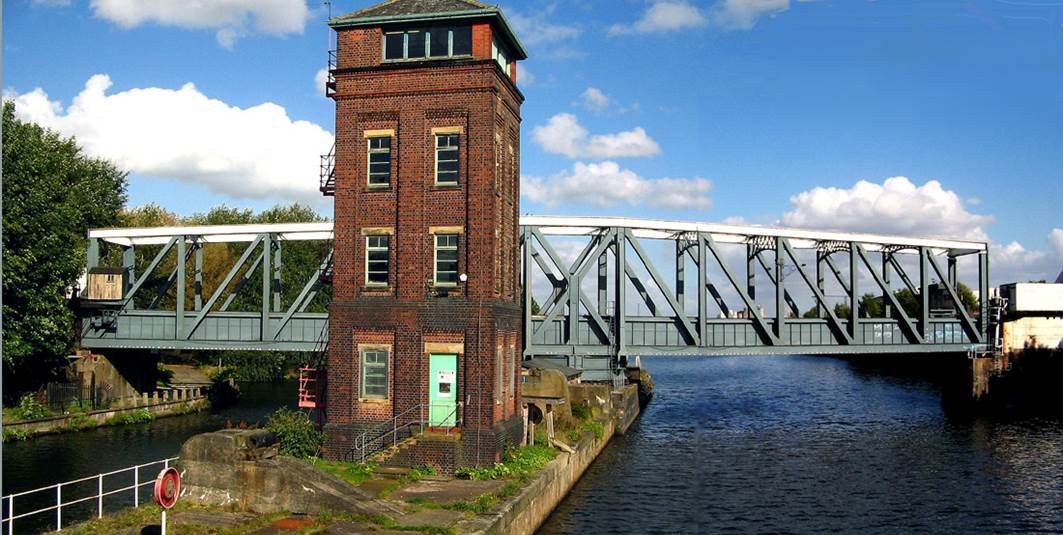 The only 'wonder' on Aickman's list that we do not own and manage - originally this was the site of the first stone arch aqueduct over the River Irwell, built by James Brindley. However, when the River Irwell was canalised to make the Manchester Ship Canal ('Big Ditch'), the aqueduct had to be rebuilt to allow for larger boats to pass underneath. The solution by Sir Edward Leader Williams - unique on the waterways - was to build a swinging aqueduct.

Essentially, the aqueduct, which carries the Bridgewater Canal, consists of a metal tank with doors at either end that is mounted on a central pillar. When required to open, the tank doors and doors to the canal at either end are closed, and then the whole tank, with 800 tons of water, pivots around the central point. The aqueduct can be seen operating daily, usually in late afternoon.

No description can adequately convey the sheer scale of this engineering feat. The Anderton Boat Lift is an incredible edifice, perched on the banks of the River Weaver like some giant three-storey high iron spider. It was built by Edwin Clark in 1875 to lift cargo boats the 50 feet from the River Weaver to the Trent & Mersey Canal. Like all great things, the concept is simple: two huge water tanks, each with watertight sealable doors carry boats up and down.

From April to October you can enjoy boat trips through the lift and along the River Weaver Navigation. 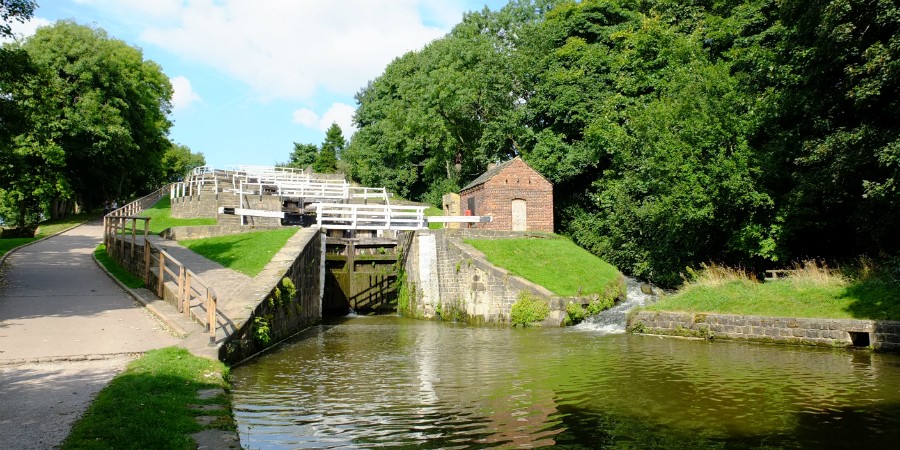 An 18th Century engineering masterpiece, these five locks operate as a 'staircase' flight - in which the lower gate of one lock forms the upper gate of the next. When completed in 1774, thousands gathered to watch the first boats make the 60 foot descent. Now, over 200 years later, the flight is still in daily use providing access to 16 miles of lock-free cruising on the Leeds & Liverpool Canal in the glorious scenery of the Yorkshire Dales. If five loocks are amazing, what about 10? By 1805 Foxton's 10 lock staircase was open and now rivals Bingley for visitor numbers. 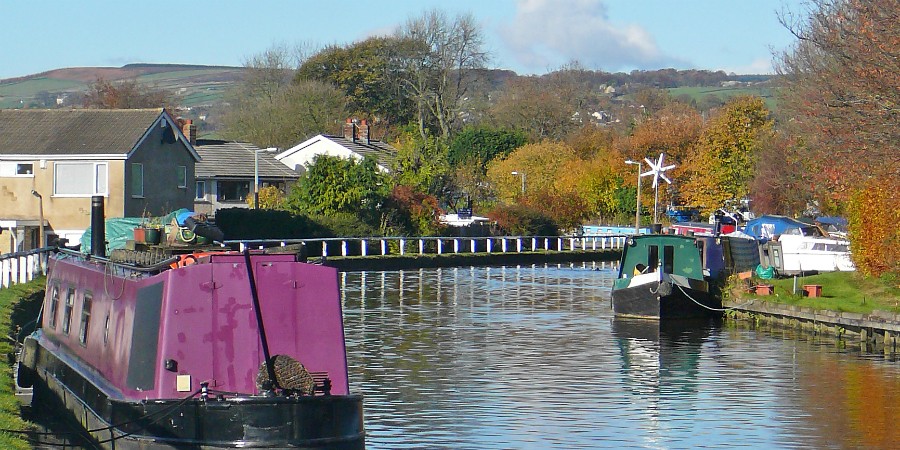 Known principally for its industrial past, Burnley is surrounded by some of the most beautiful countryside in England and is also home to one of the seven wonders of the waterways, Burnley Embankment. This mile-long stretch of embankment carries the Leeds & Liverpool Canal through the centre of the town, up to 60 feet above the buildings below.

Have a great day out

Our canals and rivers have a great deal more to offer than just these seven marvelous attractions. Find a great day out near you