The Worcester & Birmingham Canal takes you from the vibrant centre of Birmingham, through the green hills of Worcestershire, to the cathedral city of Worcester.

See our stoppages section here and check your route

At its northern end, the canal joins the Birmingham Canal Main Line at Gas Street Basin. This pretty basin was once a thriving transport hub. Now, traditional narrowboats and elegant black and white iron footbridges sit side-by-side with modern bars and restaurants. Close by is luxury shopping centre the Mailbox, with its stylish clothing shops and cafes.

Among the cargos that once travelled on the canal was chocolate crumb to the Cadbury factory. Today, this is Cadbury World, a great day out if you have a sweet tooth.

At Kings Norton Junction, the Stratford-upon-Avon Canal joins under permanently open guillotine gates. Opposite the junction is an attractive toll house with its board showing the charges.

The canal was realigned to allow the building of the M42. Tardebigge Wharf, with its dry dock, maintenance yard, workers' cottages, and historic warehouse remains the main base for maintenance on the canal, and is a great place to start a walk. It was here that Tom Rolt met Robert Aickman, which led to the creation of the Inland Waterways Association.

All 58 locks are in the second half of the canal, as the canal descends through rural Worcestershire. The Tardebigge lock flight has 30 locks in just over two miles, making it the longest in the country.

Hanbury Hall (National Trust) can easily be reached by a pleasant walk across the fields from Astwood Bottom Lock. Hanbury Junction marks the connection with the Droitwich Junction Canal, linked with the Droitwich Barge Canal and offers a route to the River Severn at Hawford. You might like to take a short walk down the Hanbury Flight, which was rebuilt by volunteers. Hanbury's other claim to fame is that it is said to be the real-life counterpart of Radio 4's Ambridge, home of The Archers.

Around Bilford, the countryside is left behind as the canal begins to encroach on the city environs. The Commandery was the headquarters of Charles Stuart before the Battle of Worcester in 1651.

Ahead lies Diglis Basins and two wide locks accessing the Severn. Once very busy with commercial traffic, the working boats have long been replaced by pleasure craft. Worcester Cathedral stares down imposingly on travellers entering the river.

The Worcester & Birmingham Canal is a justifiably popular cruising route and is now part of both the Avon and Stourport Cruising Rings. With 58 locks in all and five tunnels, it's well suited to energetic crews, or those who don't mind taking their time.

Days out along the Worcester & Birmingham Canal

If you're planning a day out then check out our free family-friendly guides and make sure you get the best from your trip to the canal.

Diglis Basin is where the Worcester & Birmingham Canal meets the River Severn. It's a great starting point for exploring the waterways 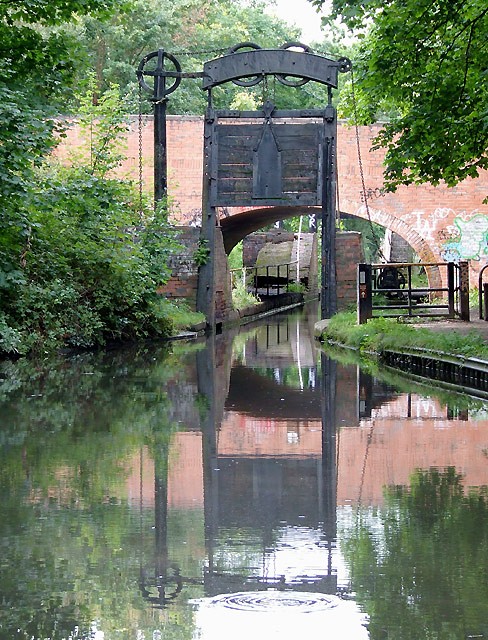 The purpose of the Worcester & Birmingham Canal was to give a much shorter link between Birmingham and the river Severn. Against opposition from other canals, it gained its Act in 1791. Construction started at the Birmingham end but progress was slow. The canal was intended to be broad (for boats up to 14ft wide), which is why the first three tunnels have this width, but shortage of money meant that the section from Tardebigge to Worcester was built only wide enough for narrow boats. It opened throughout in 1815.

Water supply was a major problem and a source of conflict with connecting canals. At first the Birmingham Canal and the W&B were physically separated by what was known as Worcester Bar, but in 1815 they agreed a compromise whereby the two canals would be linked by a lock, with the W&B paying a compensation toll for all traffic passing through.

The guillotine lock (pictured) by Kings Norton Junction on the Stratford-upon-Avon Canal enabled each canal to preserve its water, regardless of the respective levels.

Tardebigge top lock is particularly deep because it was the site of a experimental vertical boat lift, which proved not to be robust enough.  After a few months it was replaced by a conventional lock — but as a canal’s water usage is largely determined by its deepest lock, it would have been better if it had been replaced by two locks.

The volume of traffic never lived up to expectations, though it improved once the Gloucester & Berkeley Canal opened in 1827. Salt had been found when the canal was being cut at Stoke Prior, and the industry which developed became an important source of traffic. Worcester gas works and other canalside industries used coal brought by the canal.

However, from 1841 railway competition took away much of the business and in 1868 losses were so severe that a receiver was appointed. The canal was saved by being bought in 1874 by the Sharpness New Docks Company (which by then owned the Gloucester & Sharpness Canal). Under enterprising management new traffic was sought, and the canal survived until nationalisation in 1948.

The last commercial traffics were coal from Cannock to Worcester and chocolate crumb from Worcester to Bournville, ceasing in 1960 and 1961 respectively.

See local news and events, plus what we're doing to improve wellbeing in the West Midlands