Tardebigge to Stoke Prior walk

The mighty Tardebigge is the longest lock flight in Britain – 30 locks and a walker’s rural delight set in an uplifting panorama of open countryside.

Over 200 years ago, a line stretching thirty miles was furrowed out of the earth with shovels. At one end was Birmingham and at the other Worcester and the River Severn. A canal was born for the transportation of porcelain pots and Cadbury’s chocolate, and now lives on for leisure boats.

Despite the deception of a canal named after two cities, the towpath walker’s treat lies in the rural miles between. But this isn’t just a rural amble - it’s a journey that scrambles the Tardebigge, the longest lock flight in Britain: 30 locks carrying narrowboats 220 feet uphill and downhill in still water.

Parking: Roadside or in the wharf. Car parks available for those visiting nearby pubs. 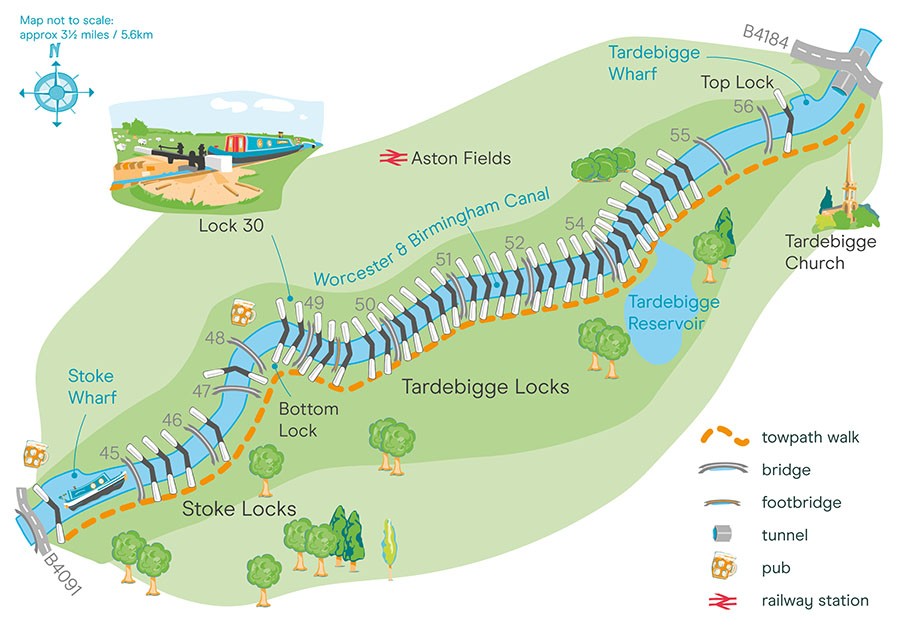 Join the towpath opposite Tardebigge Wharf where the ‘Birmingham’, a tug built in 1912, is on display. The tug’s primary purpose was to pull working horse boats through the canal’s tunnels (Tardebigge Tunnel is by the wharf).

Tardebigge Church overlooks the canal from the hillside (worth a detour for fabulous views over the canal). 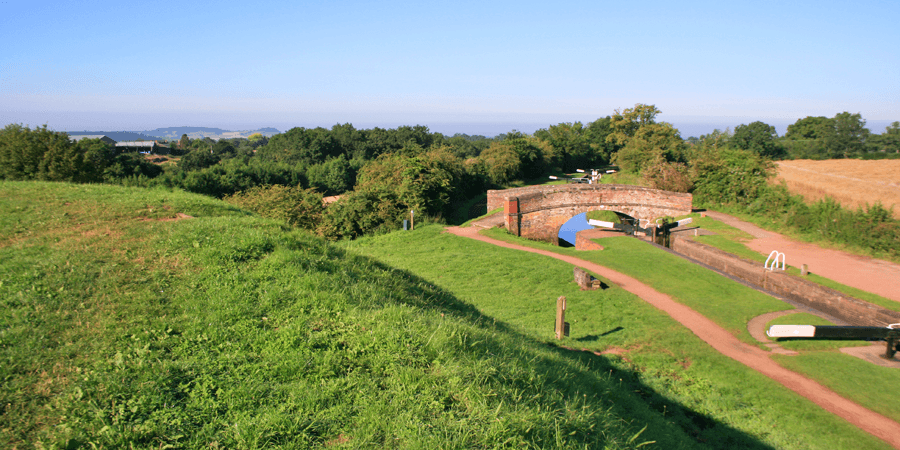 At Tardebigge Top Lock and cottage, a plaque commemorates the meeting here between Tom Rolt and Robert Aickman aboard narrowboat Cressy. Rolt and Aickman were the passion and brains behind the founding of the IWA (Inland Waterways Association) in 1946. Their aim was to help keep Britain’s canals navigable, yet it’s not only boaters who are thankful for generations of volunteers who continue to help protect Britain’s canals. Look out for the Transport Trust heritage plaque at Top Lock too.

The Tardebigge Flight begins in earnest after moorings between bridges 56 and 55. Locks come in quick succession as you pass the reservoir (climb up here for sweeping views towards the Malvern Hills in the distance). This staggering route is dominated by black and white lock arms outstretched like chunky wooden wings in flight. Boat crews brace themselves before their cog-winding journey that will take hours longer than the same amble on foot.

No overnight mooring is allowed through the flight, so it’s a gruelling, nonstop, four hour or more, ascent or descent (each lock takes around 10 minutes to work through). The boater’s challenge makes the walker’s journey even more entertaining, and everyone shares the flight with ‘we’re in it together’ camaraderie.

The surroundings become leafier as you descend towards Half-way House Bridge (no.51), then views open up again across fields of grazing sheep.

By lock 31, the former lock cottage is available for holiday let through Landmark Trust. 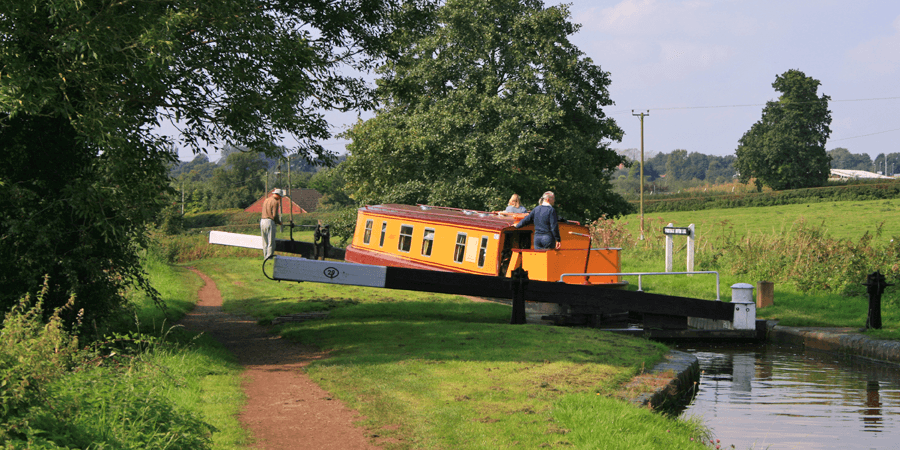 Just beyond Tardebigge Bottom Lock and boat moorings, continue under the bridge by the Queen’s Head, and the first lock of the Stoke Flight comes into view.

Under bridge 45 at lock 24, moored boats stretch along the opposite bank as far as the Black Prince boatyard. As many as three boats abreast leave rather a narrow gap for passing boats.

At Stoke Bottom Lock, turn right over the bridge for Stoke Prior village, Navigation Inn and a bus back. Or retrace your steps up the amazing flight.

Family fun days out nearby