Being a southern boater, and normally being limited to two-week holidays, I’d never had the chance to cruise through Harecastle Tunnel on the Trent & Mersey Canal. All I’d had was one fleeting glimpse of the northern portal a few years ago, when I attended a course for work.

One September I finally had an opportunity for a longer boating adventure and at last boated through Harecastle on my boat. So, what was it actually like?

Low head room had been mentioned to me by a few colleagues, so I borrowed a hard hat. I also checked that our life-jackets were in good order. Finally, I checked the dimensions for Harecastle Tunnel, to be sure that my boat would fit through. It’s not just width that’s important but air draft and profile too. You will also need to ensure that your boat is correctly licensed with valid insurance and a Boat Safety Certificate.

Passage through the tunnel is in a single direction because only one of the two Harecastle canal tunnels is in operation, which is Thomas Telford’s tunnel, completed in 1827. Access is controlled by our tunnel keeper team, who allow groups of boats to pass through in convoy, before reversing the flow of traffic. You can check the tunnel's opening times on our stoppage and notices page.

James Brindley’s original tunnel (pictured below), 11 years in the making and completed in 1777, was finally closed in 1904. Over the years mining subsidence led to the gradual lowering of the tunnel roof until it was no longer navigable. 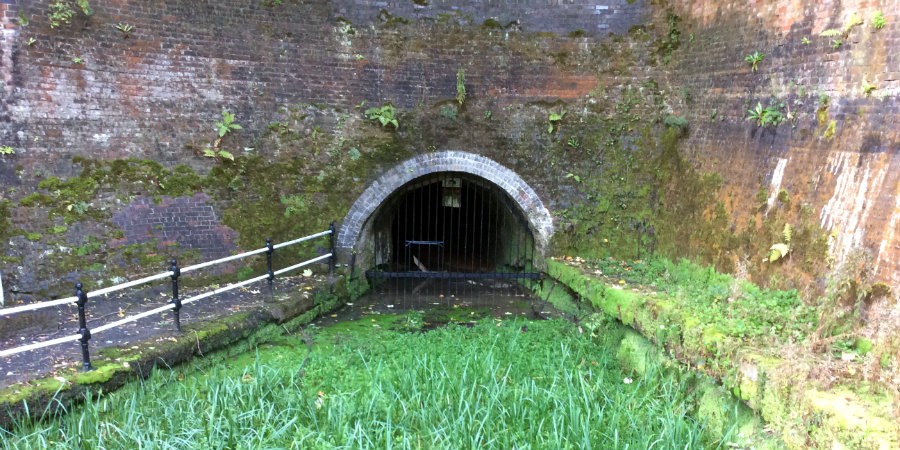 Before you can pass through the tunnel, all the skippers of the boats in the convoy group must attend a safety briefing. It doesn’t take too long, but it is vitally important to know what to do in an emergency, such as a person overboard, breaking down in the middle of the tunnel or a fire, as there have been accidents in the past.

Briefing over, it was back to our boats and off we went into the dark having tested our horns, tunnel lamps and navigation lights. It’s also a good idea to make sure that your curtains are open, all the interior lights are on and that any solid fuel stoves have been extinguished. 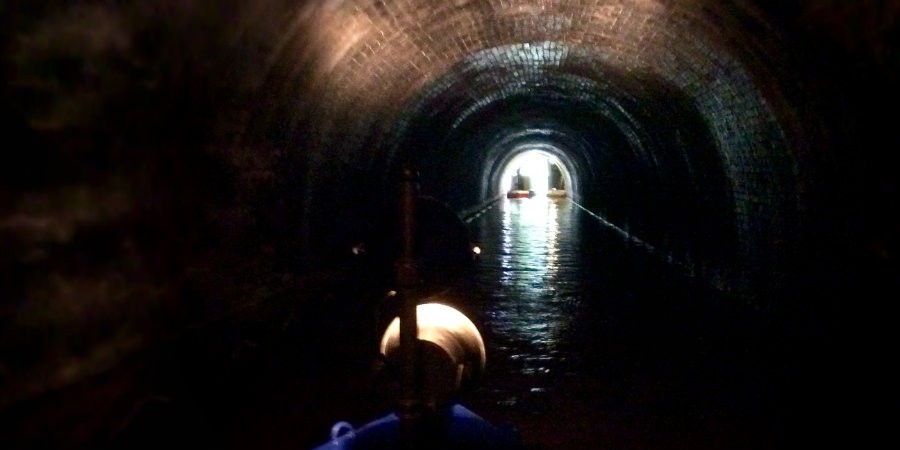 Travelling north it was very strange to go into the dark and then have the tunnel mouth door closed behind us. It was immediately dark and cold, and then came the roar of the big ventilation fans that help keep the air in the tunnel fresh.

The tunnel is 8,778 feet or 2,676 metres long. It takes on average about 30 minutes to transit the tunnel. The roof is very low in places and we were glad of our hard hats, which got well and truly scuffed!

To get a flavour of what it’s like, watch our short video of boating through Harecastle Tunnel, which was filmed on our return passage southbound. The ventilation fans are really noisy.

If you're planning a boat trip that involves a tunnel, read through our guide to get some tips on staying safe and enjoying the ride