We are currently working on a major project to restore Toddbrook Reservoir after the dam auxiliary spillway was damaged in August 2019 after a period of intense rainfall.

Work is ongoing at Toddbrook Reservoir

Arup appointed as design consultants for the permanent repair project

Engineering design consultancy Arup has been appointed to lead on the permanent Toddbrook Reservoir repair project. They will scope out a range of different design solutions which will then be reduced to a shortlist. Local residents will have a chance to review the plans and give their views at a public consultation to be held in late summer. The chosen design option will be confirmed in the autumn and work will start in 2021.

Arup’s role will be to devise a solution to upgrade the existing overflow system, increase drawdown capacity, improve dam stability and address other recommendations made to improve reservoir safety following the 2019 incident.

Rachel Sandham, Project Director at Arup, said: “The disruption experienced by the community last year was deeply unsettling, but our work will ensure the longevity of the dam to keep residents downstream safe. We will be working closely with the Canal & River Trust to ensure that local residents are involved in the process and we are already exploring options of virtual consultations, should social distancing measures need to remain in place in the longer-term.”

The reservoir is expected to reopen in 2023.

Once the first dam repair phase finishes in August 2020, construction site boundaries will be reduced and the footpath along the reservoir bypass channel will be reopened to the public for a few months until construction work begins again in spring 2021.

Temporary works to reinforce Toddbrook dam’s auxiliary spillway are due to be finished by early August. Engineers are putting the finishing touches to the project with the installation of new pressure relief holes and joint repairs.

The Trust and Kier have delivered the project while observing strict social distancing rules, in accordance with the government’s current guidelines.

Modifications have been made to the original design in response to delays caused by adverse winter weather (wettest February on record) and coronavirus restrictions. A higher crest wall in the central section replaces the original plan for a lower section with removable planks.

The reservoir continues to be almost empty of water and will remain drained for the entire length of the permanent repair project - at least a couple of years. This much enhanced, repaired dam wall will continue to provide added protection until the permanent repair project is completed. Any excess rainwater falling in the reservoir will be extracted by on-site pumps or used to feed the Peak Forest Canal. 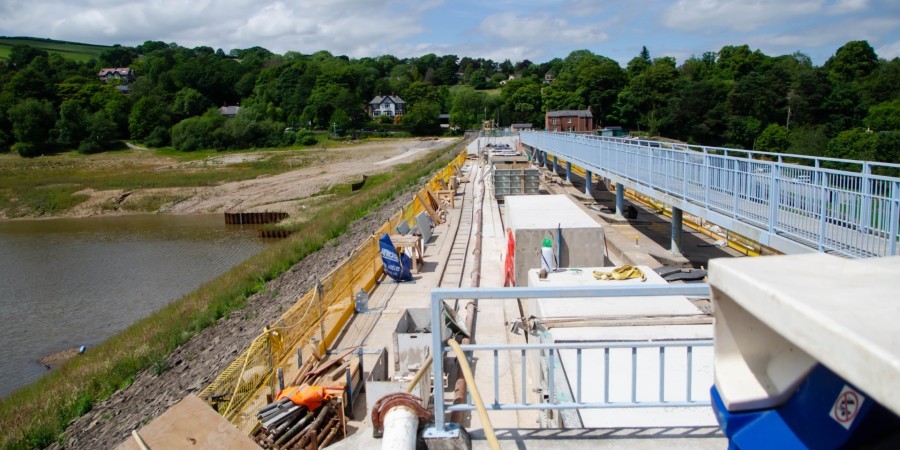 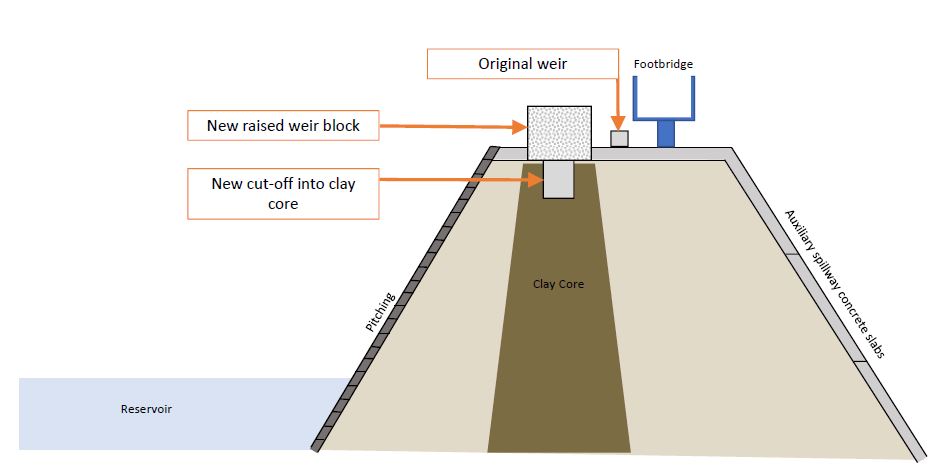 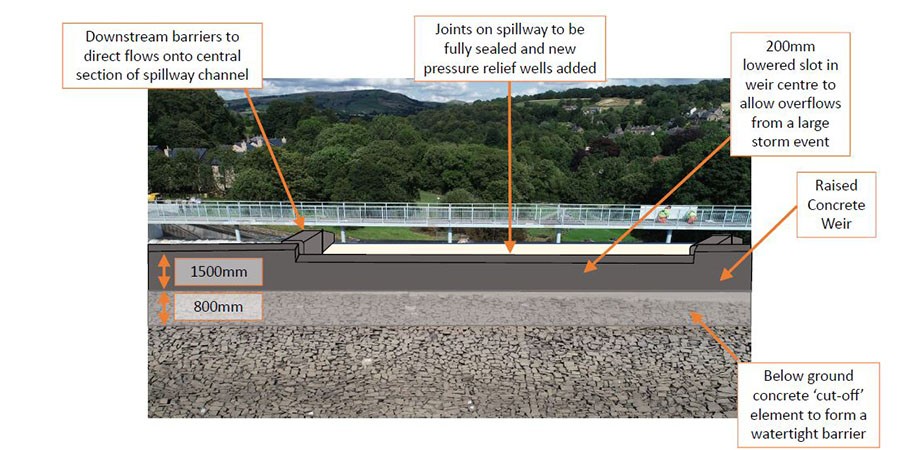 Please note that Toddbrook Reservoir is still an active construction site and is not open to the public. Our site staff have had to deal with several disruptive break-ins in recent weeks. On one occasion, the police had to be called after a trespasser put his and other lives in danger by trying to walk on the deep silt reservoir floor. For your own safety, please keep away from the construction site, including the dam wall and the bypass channel.

After the emergency in August 2019, the masonry weir at the inlet channel was raised with the installation of mesh baskets filled with sandbags.

Starting in spring 2021, the plan is to replace these with a new structure, incorporating a footbridge, to provide a greater degree of control over how much water flows from the brook into the reservoir or around it via the bypass channel.

During normal weather conditions, while the reservoir remains drained, all flow is sent down the bypass channel ie. none into the reservoir. Expert hydrologists are constantly monitoring localised weather forecasts and water levels in the reservoir and bypass channel via a series of remote sensors. They can then alert colleagues if the on-site pumps need to be activated or sluice gates opened.

On the football club side of the dam wall, a small temporary wooden bridge over the large pumping pipes has been replaced with a much sturdier reinforced concrete bridge. This will help to speed up construction of the raised weir superstructure on the dam wall crest by enabling direct access for larger, heavier vehicles.

The damaged drystone wall next to Reservoir Road has now been rebuilt and the orange barriers removed.

Work continues on the important temporary repair project to enhance the resilience of Toddbrook Dam’s auxiliary spillway. Stringent working conditions have been introduced to protect staff against coronavirus, including the use of extra protective equipment and ‘social distancing’ rules.

The effectiveness of the dam’s waterproof clay core has been improved by the installation of a concrete ‘cut off beam’, completed at the end of March. This will be further enhanced by the installation of a crest wall in late April. Sturdy concrete waterproof barriers will be constructed on the spillway slope to channel any overflowing water into the central undamaged section.

The new features will ensure that the spillway is secure in any extreme weather events. They will remain in place until permanent reconstruction of the auxiliary spillway is undertaken – a project which is likely to take several years and cost around £10 million.

The record rainfall totals in February provided a severe test for the pumping system. Everything worked as it should. Our 11 high volume pumps were highly efficient in keeping water levels very low and the reservoir almost drained. 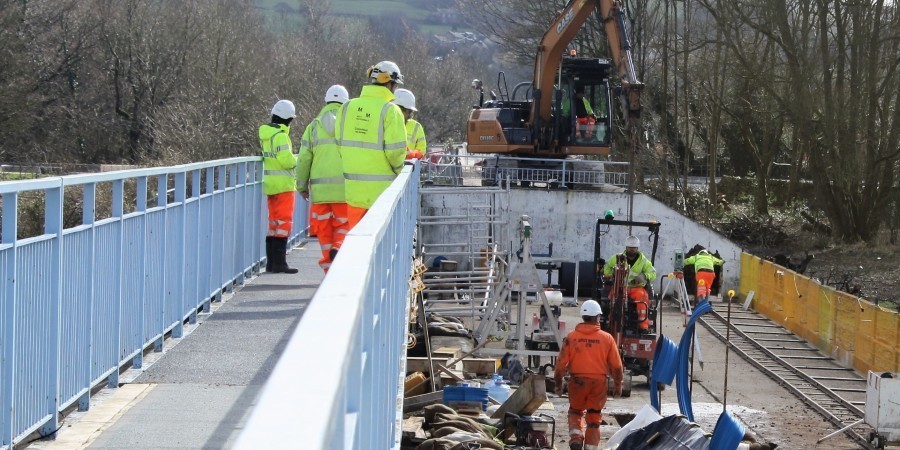 Work to install the clay core ‘cut off beam’ (pre-coronavirus) 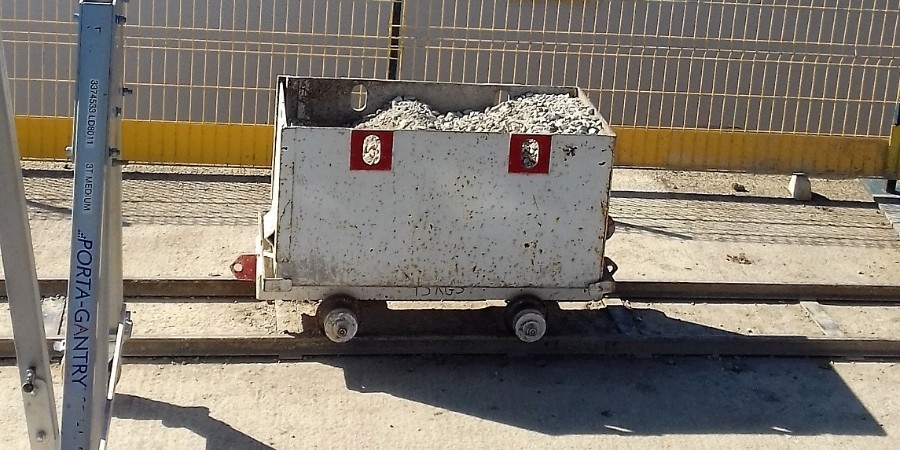 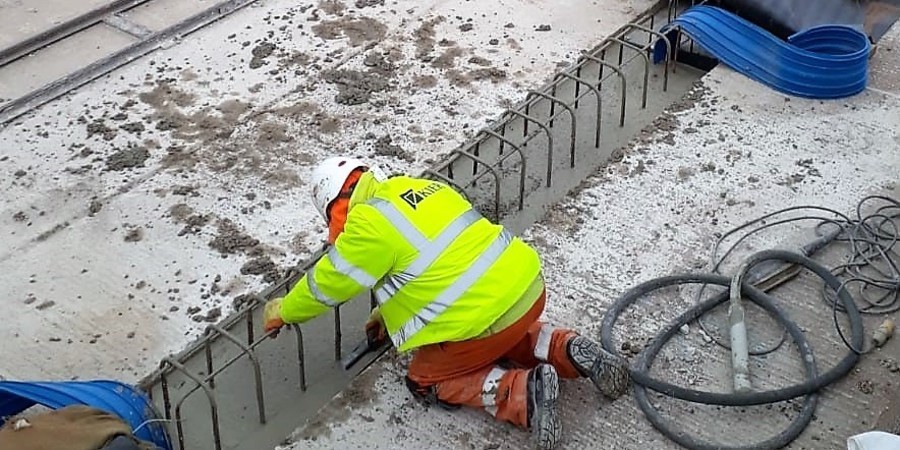 Following intense heavy rainfall at the end of July 2019, several concrete panels on the Toddbrook dam spillway collapsed. Around 1,500 residents of Whaley Bridge were evacuated from their homes for up to six nights as a safety precaution. Trust staff and volunteers worked around the clock with the local emergency services, including Derbyshire Fire & Rescue, Derbyshire Police and the Environment Agency, to stabilise the dam wall.

Over a billion litres of water were pumped from the reservoir during this emergency phase and water levels continue to remain nearly empty while the dam is repaired. This is likely to take several years.

Want to get in touch or need more information on Toddbrook?

Our weekly surgeries, held every Wednesday at the Transhipment Warehouse by the canal basin, have been suspended until further notice due to the coronavirus.

However, you can still contact the Trust or get in touch with our Whaley Bridge community liaison manager, Gillian Renshaw, by emailing: toddbrook@canalrivertrust.org.uk.