Ray Goulder has worked extensively as a volunteer for us, and spent recent summers working as a volunteer plant recorder in Yorkshire, writing botanical reports and a book.

Since I retired from being a university biologist ten years ago, I have been privileged to spend much of May to September each year walking along canal towpaths and recording water plants.

I find that walkers, boaters and people generally enjoying the canal ambiance are often interested in talking to a person wearing a Trust lifejacket, clutching a notebook, and retrieving plant fragments with a grapnel or pole and hook. Often the people encountered know about plants from their interest in gardening or natural history and we can learn from each other about plants that are found along the canals.

The plant recording that I have done has only been possible with the help and support of the Trust's professional ecologists. They have provided historical and management data and have made helpful suggestions about canals to visit, and sites to survey, and we have sometimes made field visits together.

Jonathan Hart-Woods, Phillippa Baron, Imogen Wilde and Diane Rollin are amongst these. Trust ecologists, however, are very busy people and inevitably are constantly occupied by day to day tasks and administration. Unlike me, they do not have the luxury of days at a time to spend in the leisurely recording of plants.

My recording of water plants has been mostly in Yorkshire canals, although I have strayed further afield to the Chesterfield, Cromford, Erewash, Grantham and Lancaster canals. In recent summers I have surveyed plants along most of Yorkshire’s canals, over 200 lengths of canal, approaching 200km, have been surveyed. Waterways visited ranged from traditional canals, like the Leeds & Liverpool, to large-scale waterways like the Knottingley & Goole Canal, to derelict canals like the Barnsley Canal, and to restored waterways like the Huddersfield Narrow Canal.

Plants to be found 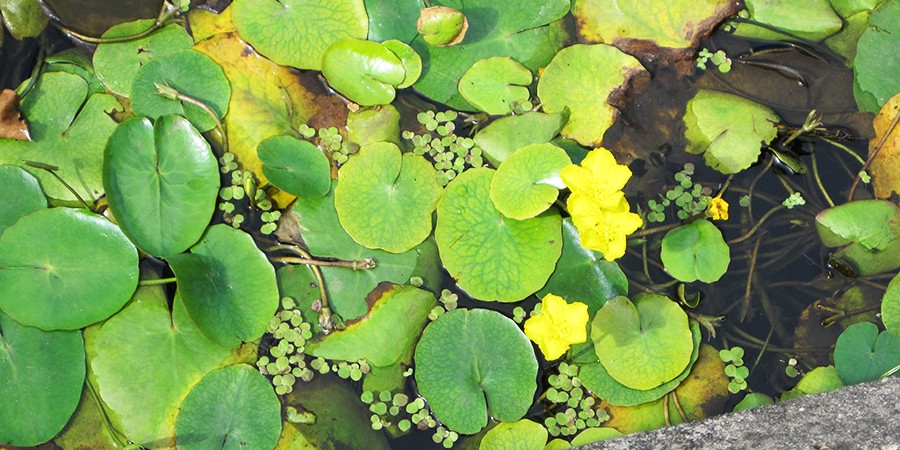 Some plants proved to be both abundant and very widespread in their distribution. Reed sweet-grass, for example, is an emergent plant that I found in virtually all canals. It is in the margins of navigated canals and often spreads to occupy the whole channel in disused canals. Nuttall’s waterweed, an alien from North America, is amongst the most abundant of plants that grow underwater.

However, other plants found are nationally scarce. Amongst these are floating water-plantain, frogbit and greater water-parsnip. Some native plants were found that have spread beyond their natural geographical range, for example, fringed water-lily, while alien plants were from time to time encountered, such as water fern and floating pennywort.

More about plants and a new book

I write up the results of my plant surveys as reports for the Trust. Also, I have written articles about canal plants for natural history journals. Several articles in The Naturalist, a wildlife journal published by the Yorkshire Naturalists’ Union, and there's my new book Canals, Plants and People: a Yorkshire Perspective.

This book explores relationships between plants and vegetation in canals and human activity. It looks at the plants to be found and the consequences of boating, canal abandonment and restoration. The effects of canal maintenance and management are explored, rare plants, out of range native plants, and alien plants are addressed. Relations between plants and leisure use of canals are considered, the future of plants in canals is discussed.