Worms, in their various forms, have been used since man first started fishing with rod (pole) and line. They are traditional bait, and a favourite of both the angler and the fish. Fish naturally encounter worms as they get washed from the land into canals, rivers and stillwaters.

Get it right and chopped worm fishing can be a very successful method on our waterways.

History of worms as a fishing bait

Izaak Walton wrote of worms back in 1653, "for you are to know that dead worm is but a dead bait, and like to catch nothing, compared to a lively, quick stirring worm".

In the 20th century, the great north-west canal angler Benny Ashurst wrote that worms were not a popular bait with match anglers, having gone out of fashion. Despite not rating the bait that highly, Benny won 19 sweepstakes on the trot during the war years using the tail of a redworm with black magic leaf mould as groundbait. He chopped up the redworms found in compost heaps into small sections about an inch long, which healed nicely after a few days. He would also loose-feed small lengths of redworm. Doubtless this method would still produce results today.

There’s more than one species of worm

Did you know there are more than 25 species of worm found in the UK? Worms are more than just a fishing bait. None other than Charles Darwin wrote that "there are few animals that have played such an important part in the history of the world". The four species of worm most often used as bait by anglers are redworms, brandlings, dendrobaena’s and lobworms.

Canal angling champion Simon 'Motty' Mottram, who trains our Let's Fish! coaches on the best canal fishing methods, is a fan of the lobworm as a bait on the canal network. He first found out about the method from anglers in the Wigan area. 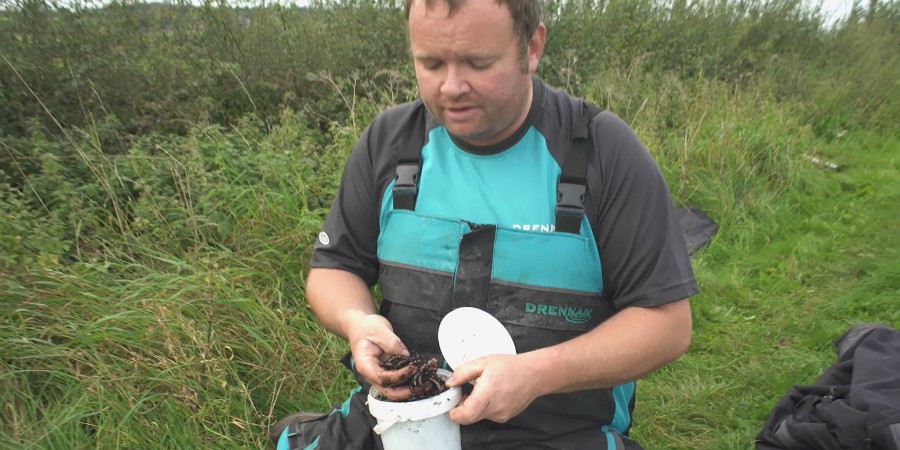 During the summer months Motty will mysteriously leave home during the dark hours. His destination, a local cricket ground. Armed with a head torch he will perform a strange ritual whereby he crawls for an hour or two on his hands and knees to gather many dozens of lobworms in a session. A good grip is needed in what is something of a tug of war contest between Motty and the lobworms.

Motty can’t claim to be the first to discover what great places cricket pitches are for lobworms. In the Victorian era, Trent Bridge cricket ground was the venue of choice for numerous worm gatherers, who sold their harvest at 3 shillings (15p) per thousand. 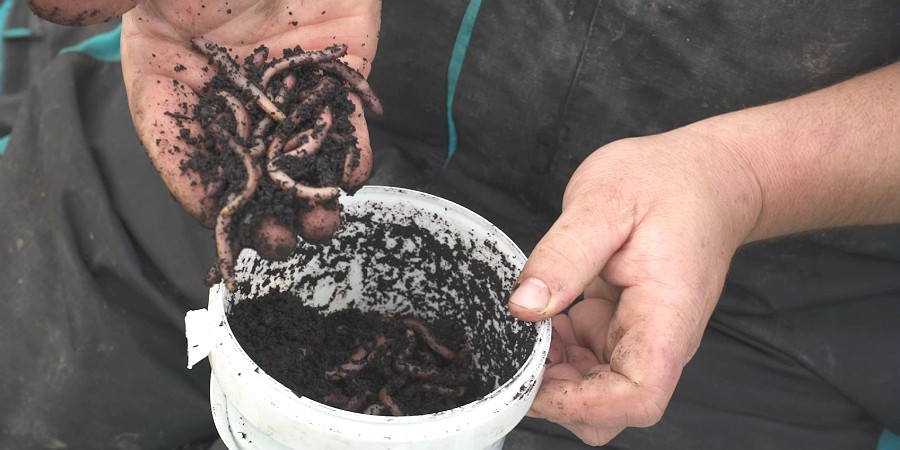 Throughout fishing history, anglers have scoured their worms to provide the shiny healthy-looking finish, hopefully making them irresistible to a hungry fish. Motty uses a very large storage tub with plenty of space to keep his worms in. He found that the worms would die if kept in too confined a space. The worms are kept in moss and strips of shredded newspaper are added. The worms like to eat the newspaper. Motty keeps the container in the fridge and after a few days you end up with a nice shiny polish to the skin.

If you are wondering why Motty will go to these lengths rather than buy worms from a shop, then the answer is simple. He believes it gives him an edge over less dedicated competitors, as shop-bought worms are not as high quality as those collected and cleaned yourself.