Fjuka Bait, a feasible canal bait or yet another angling gimmick?

Over the years, there have been many angling inventions that have caught more people than fish. A few weeks ago, it was suggested that I join Tom Scholey and Dave Preston, the inventor of Fjuka for the day on a canal venue of my choice to put the bait through its paces.

It took me a little while to arrange and leading up to the day I really wasn’t expecting great things. In fact I was convinced it was something of a gimmick that would prove to be pretty ineffective on natural fisheries.

Spring can be a funny time of year on canals, so I had to pick the venue carefully. I opted for the Shropshire Union at Coole Pilate in Cheshire, just to the south of Nantwich, not that far away from the picturesque canal village of Audlem. Having used Coole Pilate for three successful Let’s Fish! coaching training days, I knew there were fish to be caught there. If the bait didn’t perform, there could be no hiding place. 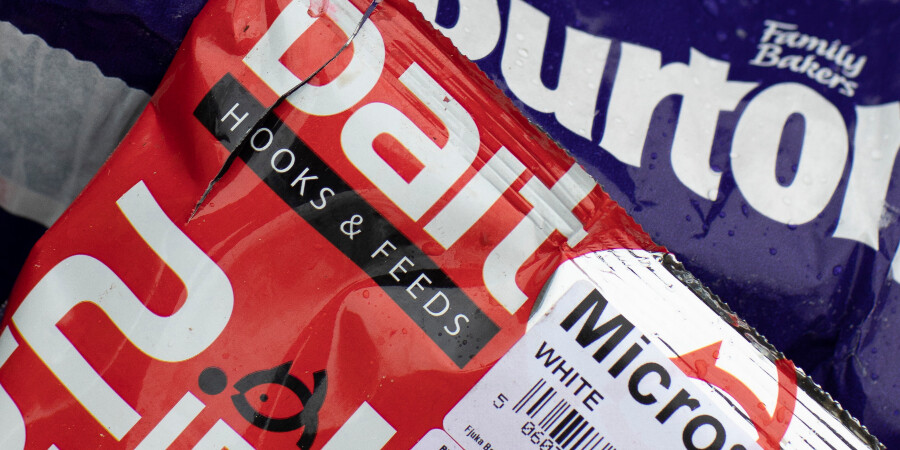 Dave’s first ever fish was a perch out of Lake Bala, a fish he will never forget. Like over 8 million others, Dave had the good fortune to live within 1000 metres of a canal. It was here in Newport, Shropshire that he caught his first canal carp.  As his angling journey developed it was carp fishing appealed most and his biggest UK specimen was Single Scale from Ashmead Fishery. He fished the Ashmead venue just twice one year, two single nights on consecutive weeks.

In the first session he landed Moonscale at 44lb and the second session banked Single Scale at 53lb. They were the only two fish he caught that year. The owner, Mark Walsingham said he was a lucky angler and Dave agrees. As for me, I think Dave could have been better off on the canal, where he could have caught two fish in less than five minutes. 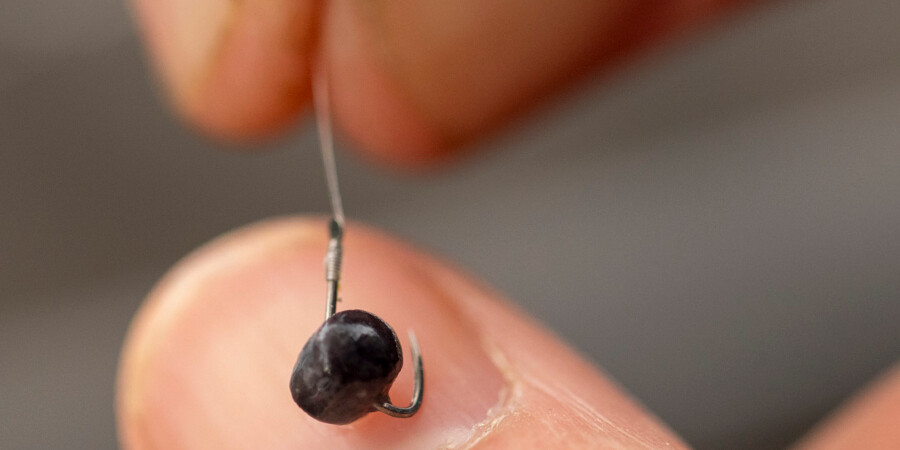 A dragon in his den

Dave started Preston Innovations when he was about 25 without a penny in the bank and a £40 a week grant courtesy of Margaret Thatcher’s government. Unfortunately this initial funding soon dried up.

Undeterred, aged 29 he finished runner up in the Young Entrepreneur of the Year award, perhaps failing to win it because he talked about using knicker elastic in poles to the chief judge, the business guru Sir John Harvey-Jones. Harvey Jones was, according to one newspaper, the most famous British industrialist since Brunel, a serious player indeed.

Many of the items Dave ‘innovated’ are now industry standards like Unibungs, Diamond Eye Threaders, Quick Stops, colour coded elastic, bushes etc. Dave created a business that consistently turned over around £18 to £19 million a year, with the brands Avid Carp, Korum, Sonu Baits and Primo in Europe. Aged 55, he sold the business but his passion for making a difference in angling had not  diminished.

Dave has now started the Fjuka Revolution with Fjuka 2in1, a simple non fishmeal bread punch/pellet-like bait that is soft enough to hook, nutritious and cheap enough to feed. Dave’s aim is to make it easier to go fishing. Just a £1.99 bag of Fjuka, a fit for purpose rig and a short pole. Just hook and go. 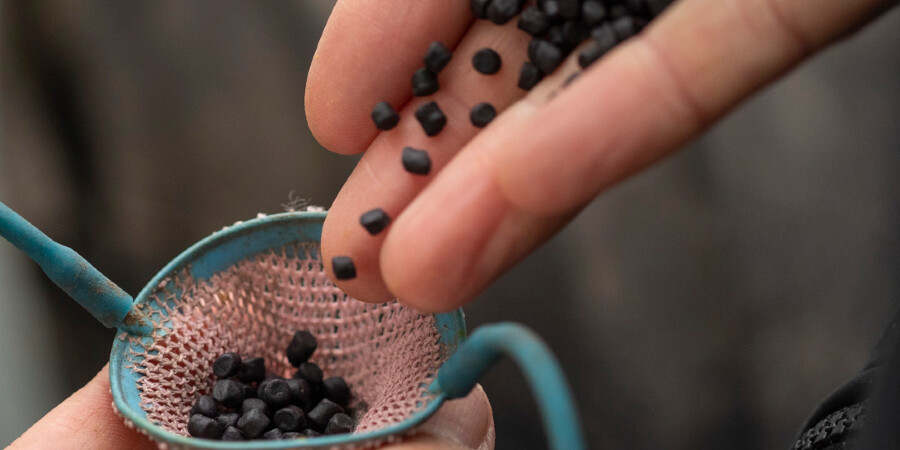 Keeping fresh fishing bait. Easy for some, a challenge for many

Like Dave, I was lucky as a lad growing up in rural Shropshire. Dad was a keen angler and we acquired an old bait fridge which was nicely tucked away in the garden shed. Mum might not necessarily have been delighted, but my brother and I even bred gozzers and the compost heap produced bountiful harvests of worms.

But how many young people, especially in urban areas, are in such a position? How many mums would be happy for their offspring’s  squatts and pinkies to be stored in the  family fridge. Certainly not all of them, and perhaps not very many of them at all! 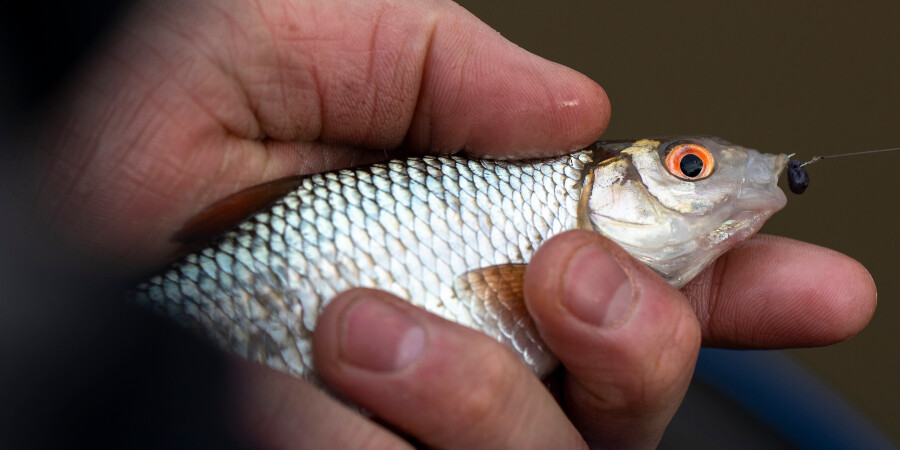 When you really think about it, there’s not a lot of point in our hard-working coaches developing a keen interest in newcomers attending Let’s Fish! or even unearthing the next Kayleigh Smith or Matt Godfrey if access to bait is going to be a showstopper for those anglers. Not everyone has a tackle shop close by and even if they do, there are far too many shops who don’t always have the vision to understand the need to stock suitable bait for natural fisheries as well as the commercial scene.

It is for these reasons that Dave has been putting his immense brain power coming up with a bait designed not only to appeal to the fish, but to eliminate the storage challenge.

How did the day go?

As I strolled along the towpath, I could see Tom Scholey’s elastic stretched out as a 6-ounce skimmer glided to the landing net. I bet he’s had that on the caster, I thought to myself. But my cynicism was misplaced. I proceeded to watch both Tom and Dave catch fish steadily for a couple of hours.

The catch rate was never manic but both of them were getting enough bites and landing enough fish to convince me the bait is a genuine option in narrow canal situations where as we all know, a high level of technical angling skill is required to get the very most from the venue. These are natural venue fish with plenty of alternative options on their menu. They didn’t have to eat Fjuka bait out of necessity, these are fish with a choice. 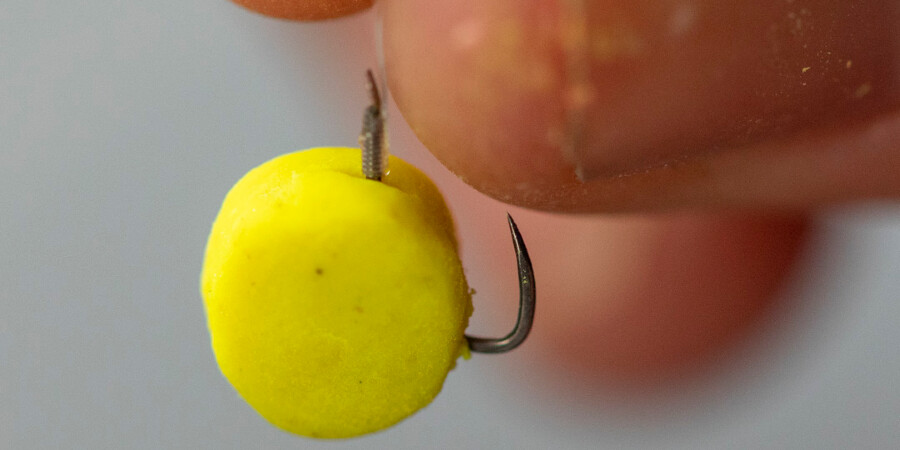 If the truth be told, we all know there is no such thing as a miracle bait. Superb bait will never make up for inadequate presentation and if there are no fish in the area, you will not catch them. Groundbait needs to be spot on as does the rig and its subsequent presentation, whatever the bait you plan to use. One swallow does not make a summer but I think that for bream on canals, Fjuka will prove to be every bit as good an option as the traditional canal baits on a consistent basis.

Dave and Tom have already proved that to me, both landing an impressive number of decent skimmers and hybrids. The all-important gudgeon were reasonably obliging too but the roach were more of a challenge. However, that’s been true up and down the land in springtime so it’s definitely too early for me to dismiss Fjuka as a roach bait. Perch were absent in their catches, perhaps our stripey friends just prefer a bait that wriggles. 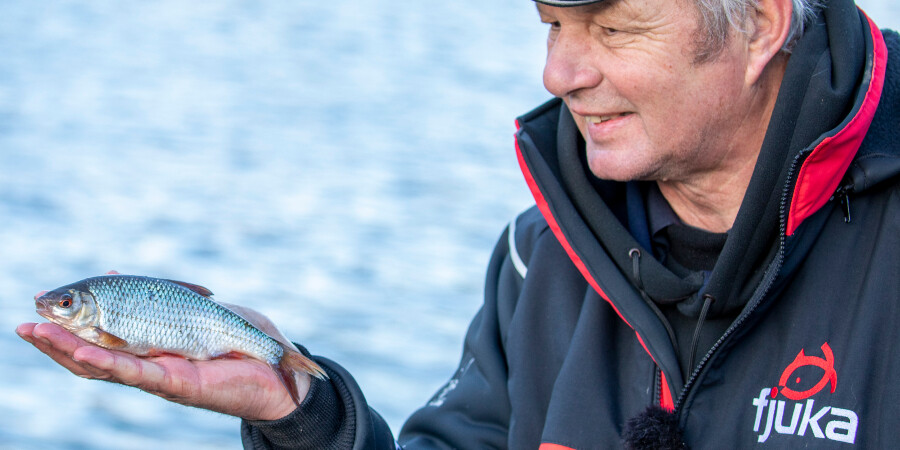 So what is this Fjuka bait, and why are fish interested in feeding on it. In consistency, it's best described as being like plasticine. Soft enough to hook, but stiff enough to stay on the hook while shipping in or out or casting. The bait can be used in the pellet shaped pieced it is supplied in (3mm and 5mm bags of the 2in1 are available), or broken up and hooked in small slithers, or rubbed together to form bigger baits if the angler wants a more selective hook bait.

On canals, small pieces can easily be fished on 20 or 22 hooks. Tom Scholey describes the odour  as  pungent, spicy almost floral. This is due to David’s unique flavouring, which is designed to appeal to all species of fish. This is called ‘Sensate TM’ and basically works by emitting millions of micro particles that dissolve in the water around the bait, drawing fish in. The bait comes in a variety of vivid colours. From red, yellow and white in the 2in1 (priced £1.99) to fluorescent yellow, pink, orange and white in the Neeonz (priced £4.99).

The bait is available via tackle shops, online and also on Amazon. 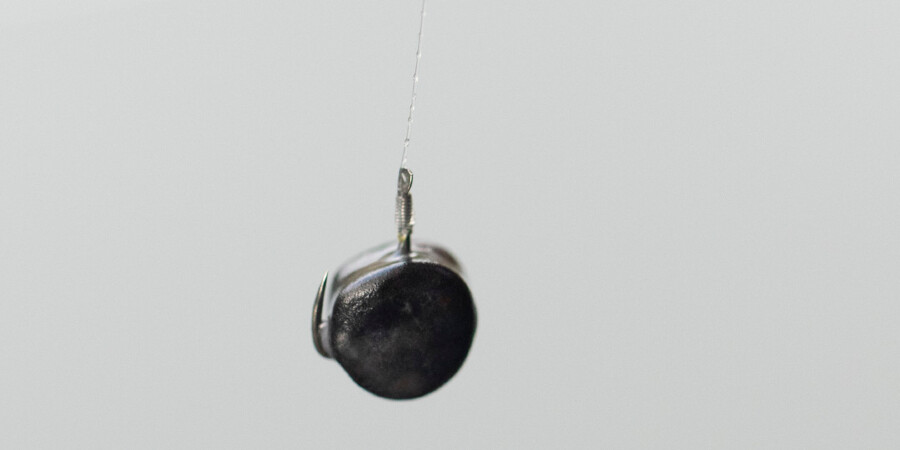 Before the day was out, an incredible event unfolded. I would not have believed it if I had not witnessed it with my own eyes. Tom Scholey hooked and then proceeded to land a specimen that would take the British rod caught record. At the time of writing, I’m not sure if Tom intends to approach the British Record Fish Committee and submit the formal application, for he might not desire the publicity. Who would blame him for that?

Stupidly, I didn’t even think to take a photo of Tom with his mighty fish but I might just be tempted to go back to Coole Pilate and try to catch the monster myself.

Thanks to the secretary Paul Harding and the Wybunbury Angling Club for allowing use of the venue for this trial. Lead by the likes of Andy Fairclough, the club have a dynamic junior section and host many Let’s Fish taster and development opportunities each year. Young Maxx Whitham is just one of many promising youngsters unearthed by the club

If you live within range of the Nantwich area and are looking for a club to help you to begin your fishing journey or even the honour of being a participant in the National Celebration of Young People and Fishing, then look no further.