My favourite peg is near bridge 56 heading towards Foxton. I must confess that seeing the float disappear is still a magical thing and on this reliable section of canal the float will disappear frequently, easily producing well over 100 fish in a pleasure session.

How old were you when you started fishing?:  Seven

Which was the first canal you ever fished? At which location?: River Lee Navigation, Tottenham Marshes area

Which is your favourite species of fish?:  Whichever I hook next

If you had to choose just one, which would be your favourite fishing bait?:  Pellets

What do you consider your greatest fisheries or angling achievement?: Winning the Spreadeagle AA individual championship in 2010.  Spreadeagle was born from the old Barclays Bank AA. I had been trying to win this trophy since the late 1970s.

What is your remaining biggest single ambition in fisheries/angling?: I have no real ambitions beyond being able to fish for a few more years.

Who is your all time fisheries or angling hero and why?: My grandfather. He's the one that made me an angler by telling me stories, some of which were true. He was unable to take me fishing but instilled a love of the sport in me way before I could actually go.

When it’s cold in winter, you need bites to keep you occupied. The fish may not be large but a sensible approach regarding choice of hooks, line and elastics means that you will have the good fight from a larger fish.

My favourite stretch of canal is on the Leicester Line of the Grand Union Canal. The swim I have chosen is typical of this stretch located not far from the famous Foxton flight of locks. The canal flows through scenic countryside in a rural setting where you can guarantee the float disappearing many time during most fishing sessions.

The fishing rights here are controlled by Wellingborough and District Nene AC. They don’t offer day tickets on the bank but an investment in a  club book costs just £40 a year for adults and £10 for juniors.

It’s one of the best value club books in the whole country with the complete range of fishing for all tastes including a commercial style snake lake at Ringstead. Club books are readily available at most local tackle shops which the club are keen to continue to support. I have also heard on the grapevine that to club are one of several now planning to take a more active role in the Canal & River Trust’s Let’s Fish campaign designed to get people fishing canals again.

My favourite peg is near bridge 56 heading towards Foxton. 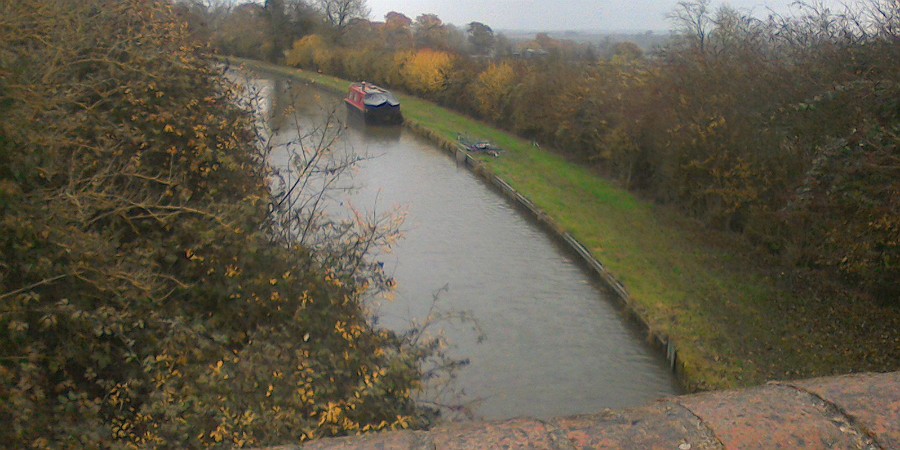 I must confess that seeing the float disappear is still a magical thing and on this reliable section of canal the float will disappear frequently, easily producing well over 100 fish in a pleasure session. Unfortunately, I never do that well in matches! (Look out of our upcoming canal fishing mastery series with Simon Mottram for some extra tips says our editor.)

As is typical of canals, the average size of fish isn't large at around the ounce mark. Make no mistake, l there are also larger bonus fish around that will need netting if you hook them. I recently landed this bream  of nearly three pound from under my feet. 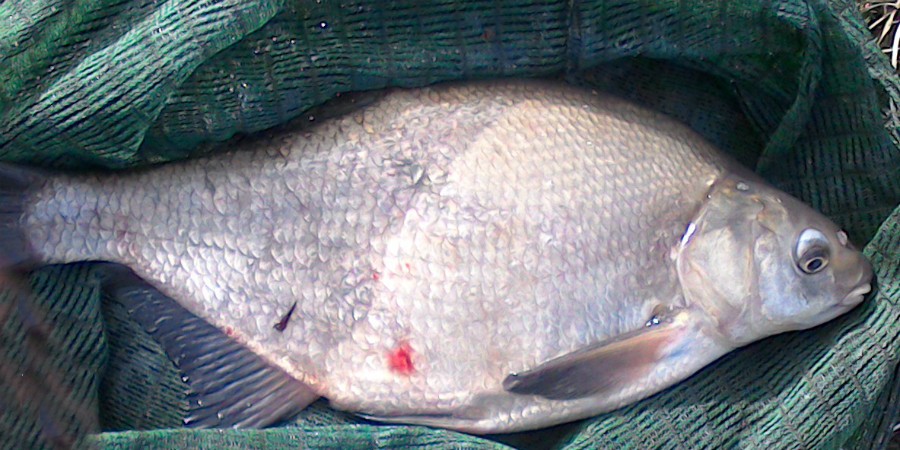 I tend to restrict my canal fishing to the winter. You tend to get less boat traffic and fewer walkers and cyclists. Those you do meet in the colder weather tend to be canal enthusiasts who understand the ethos of the Trust’s Share the Space campaign. I may be mistaken, but I get the impression that the boaters on this stretch of canal are more considerate than many on the mainline Grand Union.

Even when you need to break the ice, you still catch. The canal is around 13 metres wide and down the track probably not much more than four and a half feet deep. I start a session fishing the pole at just top-kit plus one section. This should see me fishing in around three feet of water.

Bread punch is, for me, the absolute go-to bait along most of the Wellingborough water. My back-up line will be fished with pinkies over a home-made “fishmeal” groundbait made from fish flavour cat biscuit and brown crumb. The punch will account mainly for roach, skimmers and gudgeon while the pinkie will take perch and gudgeon.

Tactics for keeping the float going under

I will also set a rig up to fish at top-kit plus two pole sections. Finally, I will use the shallower rig for fishing across to the far bank of the canal finding the same depth as I have on the top-kit plus one line. This is normally at around the ten-metre line. If the two closer lines dry up then I’m confident the far side line will keep the fish coming. My pinkie rig is set as the same depth as the plus two line but fished off to one side using an extra pole section just to separate my groundbait and bread lines. I fish the bread just touching or off bottom but the pinkie rig will be set with two to four inches of hook-length line on the deck. (Bed of the canal). This line is fed with a walnut sized ball of groundbait and a few pinkies, not more than ten, around every 30 minutes.

Change is as good as a rest

The near side bread punch line will normally produce fish for up to 90 minutes before tailing off. This can be extended by resting it every 30 minutes and trying the pinkie line. It can also revive later in the day and sometimes this is when the larger fish, roach and the odd skimmer, can make an appearance. Once the bread swim slows, I will try the plus two line. This isn’t as reliable but can work, again for a limited time. After that it is time to push the long pole out to the offside bank.

More bites than on commercial fisheries

For me this stretch of canal provides a nice change to commercial fisheries. On canals, I expect to get many more bites from a greater variety of species than at a commercial although the overall weight of catch will be less than on the cut. When it’s cold in winter, you need bites to keep you occupied. The fish may not be large but a sensible approach regarding choice of hooks, line and elastics means that you will have the good fight from a larger fish. Decent skimmer bream fight well on 0.06 line No.4 elastic and a size 20 or 22 hook.