It’s nearer 60 years than 50 since I last fished a canal. However, despite that, I don’t feel this piece is invalidated. For me, the important thing is that I did fish canal pegs in my earliest years as an angler and the experiences and the wisdoms have stayed with me ever since.

How old were you when you started fishing?: Four years of age

Which was the first canal you ever fished? At which location?: Peak Forest Canal at Romiley

Which is your favourite species of fish?: It’s a tough choice as there are so many but I would plumb for roach

If you had to choose just one, which would be your favourite fishing bait?: Lobworms

What do you consider your greatest fisheries or angling achievements?: Being able to make a living out of fishing and my involvement in work over the years on the Wensum roach project.

What is your remaining biggest single ambition in fisheries/angling?: For myself and other anglers to have the opportunity to once again catch 2lb roach from the River Wensum using float fishing tactics.

Who is your all-time fisheries or angling hero and why?: Fred Buller for the depth of his angling knowledge, his open and enquiring mind and limitless generosity.

...roach were almost always on the move and while they would come to you eventually if you waited, you stood a far greater chance of contacting them quickly if you were mobile as well. 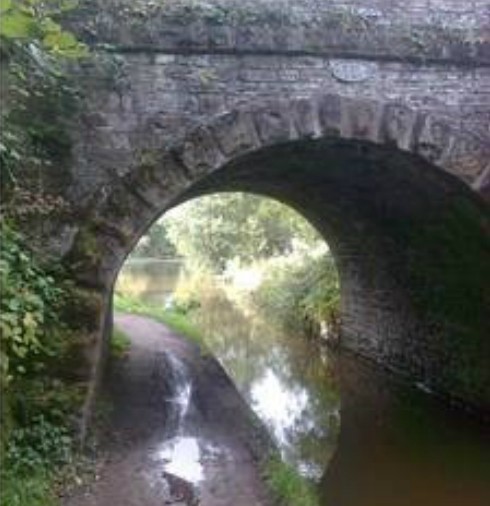 I’ll be completely honest about this. It’s nearer 60 years than 50 since I last fished a canal. However, despite that, I don’t feel this piece is invalidated. For me, the important thing is that I did fish canal pegs in my earliest years as an angler and the experiences and the wisdoms have stayed with me ever since. The canal in question just has to be for me the Peak Forest Canal, just outside Romiley in Greater Manchester. I don’t know what the canal is like these days. Again, it is many decades since I last visited it.

In my mind, though, it remains as vivid as though I was there just yesterday, perhaps this morning. That’s the thing when you are a child and when you are an angler. You are so receptive to impressions, you are so amazed by the mystery of what the aquatic landscape give to you. It is all so new, so thrilling, so mysterious and so eternally enthralling.

My favourite canal peg is a something of a conundrum because there were so many. Do I think of the basins, so close to Romiley itself, or the one on the way to Oakwood Mill. There is a place that will live with me forever. It’s been in my mind almost daily for 60 years and I guess I’ll never say goodbye to it now. In some ways, perhaps my favourite peg on the Peak Forest Canal wasn’t a single place at all. One of the biggest lessons I ever learned was to roam and to be mobile.

Forgotten mentor and roach on the move

Of course, after this long time, I can’t remember this particular mentor’s name, but his influence completely changed the way that I approached the canal. Before then, I had tended to settle hour upon hour waiting for roach to come to me. It was always roach you understand. This particular man, though, taught me to go to them, a lesson I have never forgotten. His concept was the soundest one. He believed that roach were almost always on the move and while they would come to you eventually if you waited, you stood a far greater chance of contacting them quickly if you were mobile as well. He was correct. For many years, I simply travelled light – as a child I didn’t have much kit anyway – and fished as much of the Peak Forest Canal as I possibly could in any given session. My results rocketed and the lesson has stayed with me forever.

But if we’re talking about one single swim, then that one has to be the canal at Oakwood Mill, just where the old building finished and trees began to grow on the far bank. That was my Mecca. That’s where I loved to fish on summer evenings, never alone, always amongst other anglers, generally much older, always swathed in cigarette and pipe smoke against the midges.

There, too, I learned lessons that have been with me all my life. Above all, the message was to fish fine. And by fine I mean gossamer fine. Everyone smoked in those days over the age of 15, so matchsticks were always easy to find in the grit and gravel of the towpath. For years, they were my floats at Oakwood Mill. A single caster on a size 18 would half-cock them and you could just about get gear as light as this a few yards from the towpath. Those big, canny, Oakwood roach sometimes went up to six or even ten ounces. On tackle as fine as this, there were times they broke loose and, aged six or seven or so, I can remember physically crying as I pedalled my way home.

I loved the mystery of Oakwood Mill, the woods behind and the contrast they provided with the industrial scene before me. Early in the morning, late in the evening, they were the times to be at Oakwood. That wonderful bike ride through the woods, foxes, owls, my own private initiation into the amazing world of nature. Yes, beautiful, inspiring, never-to-be-forgotten times.

So there we have it. The Peak Forest Canal. Roach. My favourite swims. The most wonderful grounding any angler could ever possibly hope to have.

Looking for somewhere to fish?