If there were an award for the person who did the most for angling, it would surely be won by Robert Bright Marston, editor of ‘The Fishing Gazette’ in London from 1879 until 1927.

A contemporary writer on Marston

Over 40 years as angling newspaper editor

Marston took over what was then an ailing weekly and transformed the newspaper, making it the world's most popular fishing weekly and the voice of angling. But this was only a small part of his many achievements. He became very aware of the part he could play in taking all branches of the sport forward, championing all branches of fishing. During those 40-odd years, he literally changed the face of angling.

He was the son of Edward Marston, a partner in the publishing firm of Samson Low, Marston & Co, which brought out best-sellers that included ‘How I Found Livingstone’ by Henry Stanley and ‘Twenty Thousand Leagues Under the Sea’ by Jules Verne.

In 1878, while working for his father’s firm, Robert bought ‘The Fishing Gazette’, then a small-circulation and not very interesting angling publication. He used the Sampson Low publishing power to distribute the magazine on a national basis, and as its influence grew, he worked with all the leading angling officials and administrators.

In those days, there was little cut-throat competition between other angling papers. Robert was close friends with Hugh Sheringham, angling editor of ‘The Field’, and A R Matthews, editor of Angler's News editor. Together, along with Philip Geen they campaigned for an Anglers Defence Fund to combat the 1911 Protection of Animals Act, which could have resulted in worms and maggots being banned.

Marston was a strong supporter of the London Anglers' Association (LAA). He had set up a public meeting in 1884 to bring together the two large London associations, the United London and West Central, which became the LAA. He was its vice-president and appears in its honours list for those who have "rendered signal service to the angling interests, and to the association generally". For his work, he was made a life member.

Robert was also president of the Anglers' Benevolent Society for more than 20 years, helping hundreds of older men who had fallen on hard times. He was also chairman of the Thames Angling Preservation Society. He was awarded a silver medal and diploma at the 1880 Berlin International Fisheries Exhibition for services to angling and literature.

With LAA president Philip Geen, Alf Waterhouse and the famed match-man and former National Federation of Anglers president Jim Bazley, Robert played a key role in the structure and wording of the 1923 Salmon and Freshwater Fisheries Act, whose regulations still form the basis of fishery protection today.

Through the Gazette, he fought for restrictions on road tar, which continually polluted watercourses when it rained heavily.

In 1884, Robert founded the London Flyfishers' Club, which still flourishes today. He was its president from 1897 to 1910. It’s magazine, the Flyfishers' Journal, was started by him.

In the days before strict laws governing the movement of fish were introduced, Robert played a core role in introducing trout to other countries. In 1884 he paid for 10,000 brown trout eggs to be sent to New York. He also encouraged the stocking of trout in South Africa and other countries, though not all his efforts were successful. He tried to introduce American smallmouth and largemouth bass to UK waters, and even suggested that US striped bass might be a valuable addition to UK shores.

Under Robert, ‘The Fishing Gazette’ was a must-read weekly, not just in the UK but all over the world. And he wrote most of it himself. He could be controversial, witty, genial but all times, he made the newspaper authoritative. No wonder bound copies now sell for more than £100.

Robert was a very competent angler and caster. He designed several devices still used today, such the ‘Fishing Gazette’ pike float, a reel and hooks with barbs on the shank. He even took out a patent for celluloid artificial flies.

Marston is one of the few UK anglers to be inducted into the Catskill Fly Fishing Centre and Museum’s Hall of Fame. In 1890, Robert introduced the world to Theodore Gordon, known as the father of American fly fishing, and published his writings for 25 years. Historian Gordon Wickstrom reports that writing in ‘The Fishing Gazette’ made Gordon more famous in England than in his own country during his lifetime.

Robert was one of the greatest collectors of angling books and in 1901, he completely updated Westwood and Satchell's 1883 ‘Bibliotheca Piscatoria’, a catalogue of all books written on or associated with angling. His ‘Walton and Some Earlier Writers on Fish and Fishing’ (1910) went into 15 editions, while his 1905 version of ‘The Compleat Angler’ is one of the very best of over 400 editions of the classic work.

He even led a successful campaign for a Walton memorial window to be installed in Winchester Cathedral, where Izaak is buried. This was finally achieved in 1914. He didn't just write on angling: other works include ‘War, Famine and our Food Supply’.

Somehow he managed to go fishing as well, and was a regular companion of the day's top anglers, including the former British pike record holder Alfred Jardine. He was a pretty good fisherman too, on one occasion landing a 26lb pike that had taken a trout he was playing. 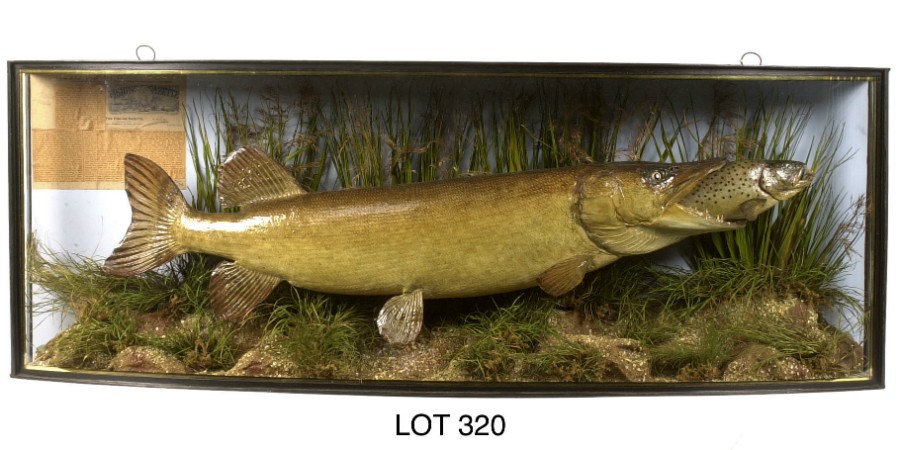 He died in 1927, and one contemporary wrote of him: "True to his convictions, true to his friends, and true to himself, he fought his way through many campaigns so often undertaken for the preservation of fish."

And the Marston name lives on. His grand-daughter Pat Marston married Richard Walker.