Bernard authored the book that inspired a generation to try fishing, through his endearing characters Mr Crabtree and son Peter. The following profile of Bernard was written by Keith Elliott, editor of Classic Angling Magazine. 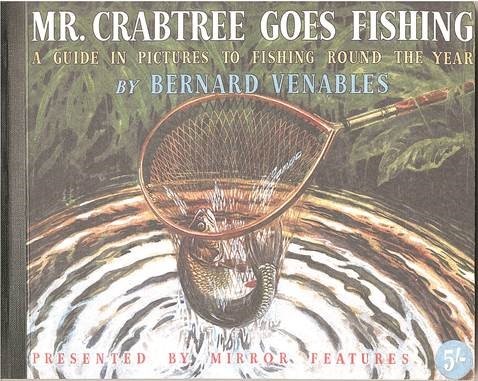 The book that he created continued to sell well into the 1960s. How many has it sold over the years? Alas, nobody knows. The Mirror Group, Bernard’s employer at the time, never bothered to retain such records, but it is surely the best-selling sports book of all time.

It eclipses even Izaak Walton’s 'The Compleat Angler'. Richard Walker, rated by many as the finest all-round angler of all time, said of Bernard’s creation, "Until Crabtree, many people regarded fishing as a joke. Crabtree made it serious." It inspired a whole generation to pick up a rod and try to emulate the success of Mr Crabtree and his son Peter. The cartoon-strip book created a golden period for angling. It was Bernard’s most famous creation, but far from his only one.

Angling Times and other achievements 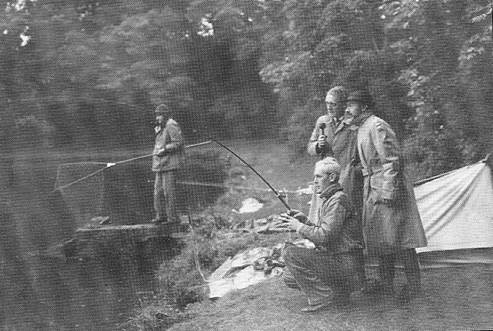 Bernard was one of the founders of the Angling Times and worked as its editor from the launch back in 1953. He also started 'Creel' in the 1960s, a magazine that set new standards of writing quality.

He made a series of notable films that made mainstream television. He was awarded an MBE by the Queen for his services to angling. He fished with all the great names of that generation, from Richard Walker to Charles Ritz, and from Fred J Taylor to Frank Sawyer. He made a film of Walker fishing at Woldale Lake in the 1950s (pictured). 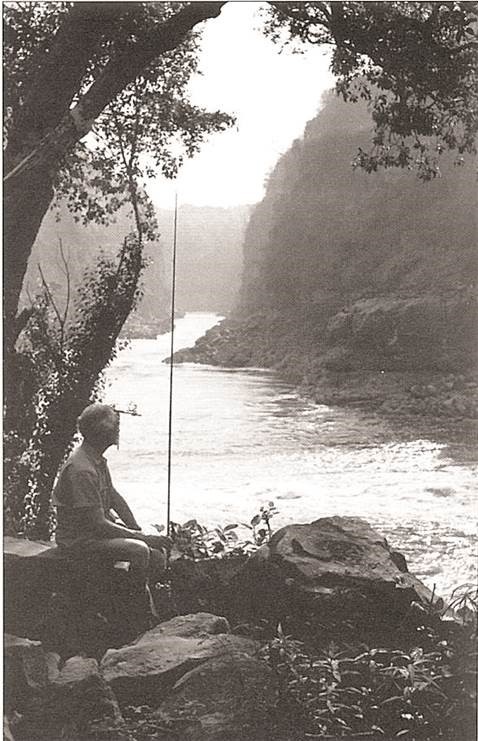 Then there was Bernard the adventurer. He made pioneering trips to Bermuda, the Bahamas, Zambia, Mauritius, the Seychelles and many more, at a time when fishing abroad for most anglers meant going to Ireland. Typical was a trip that he made to the headwaters of the Zambesi, and what of his time with the open-boat whalers of the Azores?

Both resulted in fascinating books 'Baleia! Baleia!' and 'Coming Down the Zambezi'. Bernard was happy to fish for trout or tench, bass or barbel, salmon or sharks. One of his most memorable trips resulted in landing a 700 kilo (1,540lb) six-gilled shark in 1959 off Madeira, then the largest fish caught on rod and line in the northern hemisphere. 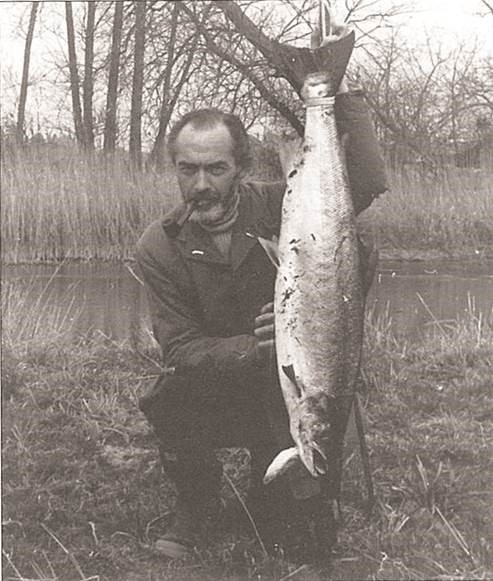 You would imagine that Bernard died a rich man. Imagine what the royalties from Crabtree alone would have brought him in the 1950s! Alas it was not so. In the latter years of his life, he lived in a tiny semi-detached home on a Wiltshire housing estate.

Apart from the richness of his life, Bernard Venables died a poor man. He even had to sell many of his artefacts before his death to pay the rent. He admitted: "Money has always slipped through my fingers." Even so Crabtree should have brought him a standard of living that meant he could live out his later years in relative comfort. But he was working for the Daily Mirror as its angling correspondent when he wrote 'Mr Crabtree Goes Fishing'. It was part of his job and the newspaper took all the profits. 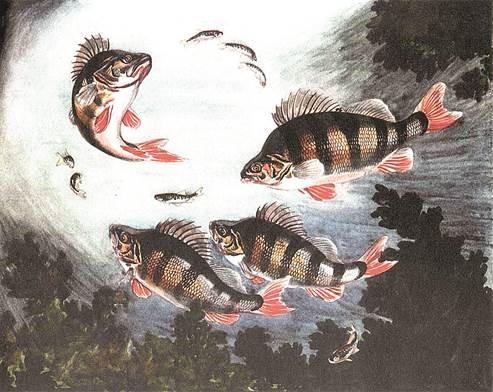 The book’s success is an amazing story. Bernard trained as an artist and his first book was not on fishing, but a work on tanks for the Ministry of Supply, which he illustrated. He worked on the art desk of the Daily Express, then the UK’s best-selling newspaper, then moved to the Mirror.

One his first tasks was a dream job, literally. Readers sent in their dreams, a psychiatrist added some babble and Bernard had to turn it into a cartoon strip. "It was very popular, but for some reason it was discontinued," he recalled. He was then instructed to do a gardening strip, even though he knew very little about gardening.

Jack Hargreaves, later famed for his wonderful 'Out of Town' television series, said he would handle the subjects, though it turned out he knew little more than Bernard. A gardening expert was wheeled in, but he knew nothing of writing cartoon strips. The series looked doomed, even more so when it came round to January, the gardener’s equivalent of the close season.

"What shall we do with Mr Crabtree?" asked the editor. "He could go fishing," Bernard suggested, and so one week Mirror readers saw Crabtree digging his allotment. The next week he was on the river bank.

It was an immediate success and developed into a fishing page, with Bernard as the angling correspondent. After a year, the idea of a Crabtree book was suggested. Bernard worked for six months at home, creating all the cartoon strips and the words.

Working at the Mirror had advantages, as at least he could be sure of a favourable review. But the assistant editor did better than that, writing: "I have to say what Bernard Venables cannot say for himself: that he has written and illustrated the best fishing book since Izaak Walton." Jack Hargreaves told Bernard: "This will sell a million." But it did way better than that. Bernard went on to write 18 books, most of them highly readable, though nothing achieved the success of Crabtree.

Even into his nineties (he died aged 94 in 2001) Bernard continued to write and paint. Today’s anglers owe a huge debt to him. He was once called ‘the father of modern angling’. Many would say that even such a tribute understates his huge influence on fishing.

This article was brought to you courtesy of Keith Elliott, editor of Classic Angling Magazine.