This summer, remains of a World War Two pillbox were unearthed close to the Grand Union Canal in Cowley, in the London Borough of Hillingdon.

The historic significance of the hexagonal foundations of the pillbox was promptly recognised by the Trust’s senior building surveyor, who worked with the heritage team to record the remains that now lie protected beneath the new surfacing.

Operation Sea Lion was the code name for the German invasion plan, the Führer Directive No.16 was issued 16 July 1940. In response the lines of pillboxes were built to help the Home Guard hold up the planned enemy advance. It is estimated that some 28,000 were constructed across Britain, often inter-connecting with other types of defence installations such as dragons’ teeth, anti-tank ditches and barbed wire, as well as existing structures and natural features.

Our waterways provided ready-made defensive ‘stop lines’ lines for towns and cities. The fortifications along this part of the Grand Union Canal formed a section of the “Outer London Defence Ring”. Fabricated in reinforced concrete, the pillboxes included embrasures from which soldiers, armed with rifles or light machine guns, could fire on advancing enemy troops. The hexagonal “Type-22” pillbox found at Cowley is a thin-walled version, designed only to be bulletproof.

This recent discovery is a sobering reminder of the precarious situation in which Britain found itself during 1940-1. Both military and civilian personnel were deployed across the country in hurried preparations of defences against the very immediate threat of enemy invasion. It was the job of the Home Guard – Local Defence Volunteers – to hold this strategic position on the eastern bank of the Grand Union Canal. This structure would not have withstood well-aimed shell-fire, so the prospect of Panzer tanks rumbling over the bridge was not one to be relished by its occupants.

Phil Emery, senior heritage advisor, pictured above, supported by Graeme Adams working with the AOC Archaeology Group recorded the remains and made arrangements for their preservation beneath the new surface for the benefit of future generations. Such monuments from World War II are just one of the many layers of the Grand Union Canal’s fascinating 200-year history which we work hard to preserve and protect. 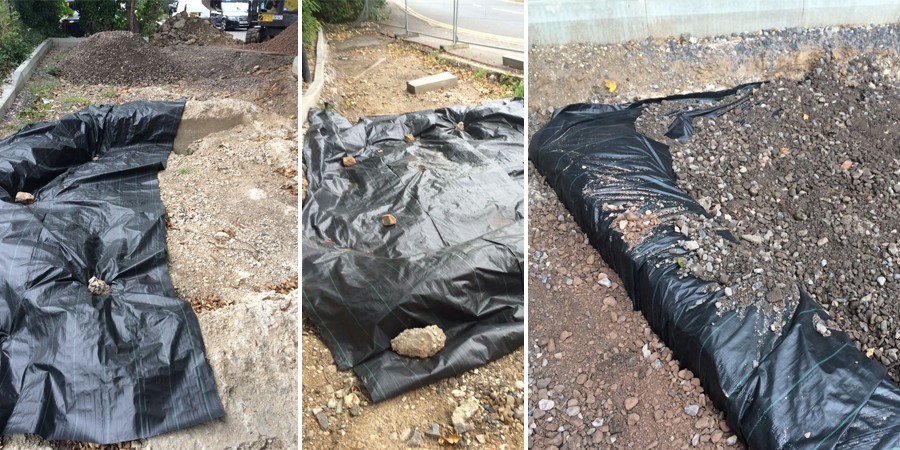 More from the heritage team