Stray and stay awhile along the South Stratford Canal

Beauty is well known for its transient nature. Sir Anthony Gormley's - The Stay - has now gone from its canal side location but there's plenty of beauty on the waterways to enjoy this summer.

You have to stop and think to make a connection between the 18th century coal fields, manufacturing centres and increasingly urban population and the rural idyll to be found along the South Stratford Canal today.

For a short but significant period in our history the canal network was the driving force that powered the industrial revolution that transformed the world we inherited. Those decades of increasing urbanisation, manufacturing and global expansion are hard to link with the rural idyll to be found along the South Stratford Canal today. The story behind this quiet stretch of our waterways is both extraordinary and typical of our waterways. 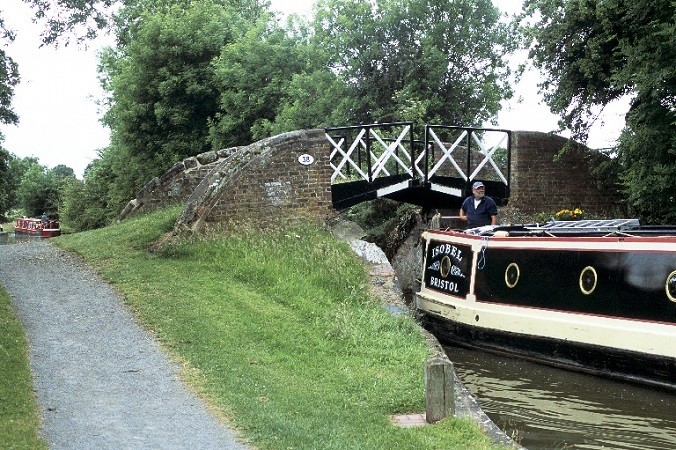 The South Stratford Canal exists due to the personal ambition and pioneering spirit of a few, and the investment of money and effort by many. Its tale is one of innovation, determination, drastic decline, rescue and renovation.

Built in the heyday of the canal era, a local land agent called William James, saved the North Stratford Canal building project and continued south to link navigations on the River Avon with the main Midland canal network. In partnership with the engineer William Whitmore the southern stretch of the waterway was cut between 1812-1816. Investing their personal resources was a strong motivator to achieve better value for money.

Farm lanes were bridged with prefabricated, cast iron split bridges which allowed the towrope to pass between the two leaves, eliminating the need for a wider span to take the towpath. Stretches of narrow gauge railway were used to haul bricks and the tons of excavated spoil cheaply. Locks were reduced to a single narrowboat’s width, with single-leaf gates at either end, halving their cost. 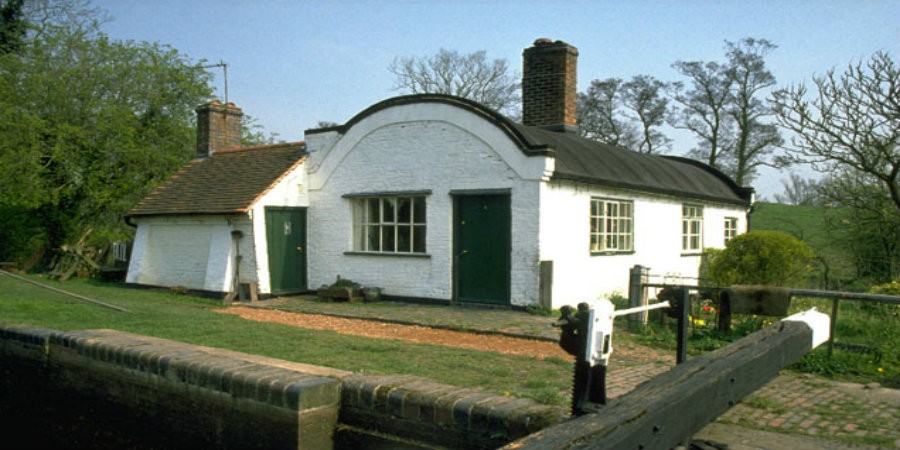 Simple rectangular brick boxes were spanned by iron ties and brick vaults. The lengthman’s cottage at Lowsonford, doesn’t have foundations but stands on the puddle clay used to seal the waterway.

The competition from the railways proved to be tough and the canal’s heyday was brief. By the 1900s, the South Stratford Canal was already a backwater by passed by the Grand Union, by 1947, when Inland Waterways Association campaigners sought passage through the Stratford canal it was all but impassable. In 1958, the Council applied for a warrant of abandonment on the grounds that it was disused. Fortunately, two canoeists were able to provide licenses proving that they had used the canal in 1957 – a crucial factor in the subsequent campaign to save it.

In 1960 the National Trust took on the South Stratford and oversaw its restoration for leisure use. Like many other stretches of the waterways used by boaters, walkers and cyclists today the canal restoration was only possible due to the many volunteers and local enthusiasts who donated their time, energy and labour. In 1964, the South Stratford was re-opened to traffic by Her Majesty the Queen Mother.

Last year was the 50th anniversary of the Landmark Trust, to Sir Anthony Gormley created five pieces of art in the landscape all inked by the idea of water.  By Ned’s cottage, at the edge of the lock at Lowsonford - The Stay - an iron man stood contemplating the water for a year.

Our waterways are an open air museum, and at times an art gallery too. They can remind us of our rich industrial heritage whilst offering many ways for today’s visitors to enjoy themselves.  People who want to cruise or ride their bicycles at a leisurely pace through the countryside, holiday or live on board a narrowboat, walk their dogs or have a day out with their families are all able to hop on the towpath anytime. The South Stratford is a great place to do just that.

The work carried out by the heritage team is extremely varied, not one week is the same. Read more of their blogs to discover more about what they get up to.