As the threat of conflict in Europe grew in the mid-1930s, the British Government began to make preparations for the protection of national infrastructure and the civilian population against attack from the air.

Have you ever walked along London’s canals and seen this and wondered what it is? These defunct gates are nearly 80 years old, but why are they there?

Canals carried on embankments through low-lying or built up areas such as London were considered vulnerable to aerial attack. If a bomb hit and there was a breach, serious flooding could endanger lives and disrupt strategic resources vital for the war effort, such as the important transport interchanges at King’s Cross and Paddington and centres of manufacturing in the Thames Valley.

In 1938, clause 28 of the Civil Defence Bill (by 1939 the Civil Defence Act) required canal owners to “take measures to secure the due functioning of their undertaking in the event of a hostile attack” with Treasury funding available for schemes completed before September 1939.

The ARP department decided to install stop planks and stop gates for the Greater London area and the Slough Arm of the Grand Union Canal. These created sections of canal to minimise the effects of flooding.  Stop plank grooves were to be located at the end of aqueducts and all weir sluices. Stop gates were designed, by a Grand Union Canal Company engineer, to be set back into the canal wall so they would not obstruct traffic. 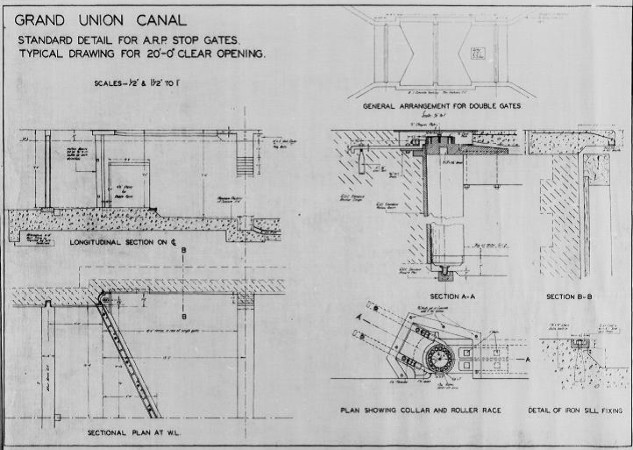 The first gates were installed in the Regent’s Canal at York Way and in the Grand Union Canal at the Little Venice Toll House (Paddington Stop) in 1938. The four pairs of gates were ordered from East & Sons Ltd of Berkhamsted at a cost of £378.17. 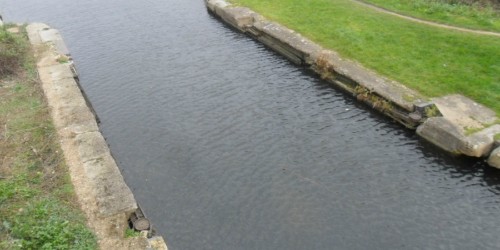 Paying for installation was one thing but paying for the operation, in the event of an aerial attack, of the gates and planks was another. The Grand Union Canal Company agreed to pay watchmen on the proviso that the canal company would be reimbursed by the railway companies and the local councils.  Payments were not forthcoming and the Ministry of Transport had step in to compel the ‘fare-evaders’ by formal agreement to cough up!

End of the war

At the end of the war, air raid protection was no longer needed and the Grand Union Canal Company left them in situ as the canal went into a period of decline. Recently the Canal & River Trust commissioned archaeological recording of the gates, but some of the timber is so rotten that it is in danger of falling into the canal. An exploration of the options to refurbish or replace the gates is underway.

If you’d like to see some ARP stop gates in-situ have a wander around Little Venice and King’s Cross near Granary Square. Other gates are located along the Regents as far as Bow Wharf (NB don’t confused by the stop gates on the Hertford Union by Old Ford Road Bridge as they are pre WWII), along the Grand Union as far as Uxbridge and along the Slough Arm.  See how many you can find!

Read more about the waterways and war