My time volunteering as a Heritage Assistant in Central Shires

I started volunteering for the Canal & River Trust in August 2015 after seeing an advert on the Trust website for a Heritage Assistant based in Fazeley. I have really enjoyed my time and have spent a varied few months preparing material for open days, updating Central Shires records of listed buildings and researching for a heritage assessment on the historic weighbridge at Coventry Basin.

The Coventry Canal terminates at Coventry Basin, a short distance to the north of the Coventry Ringway. The Basin has an interesting early 1800s weighbridge tollhouse standing complete with the weighing mechanism where cargo entering and leaving the basin could be weighed and tolls calculated. I went to view and record the building on a cold and wet day in November where I was kindly shown inside by the tenant. 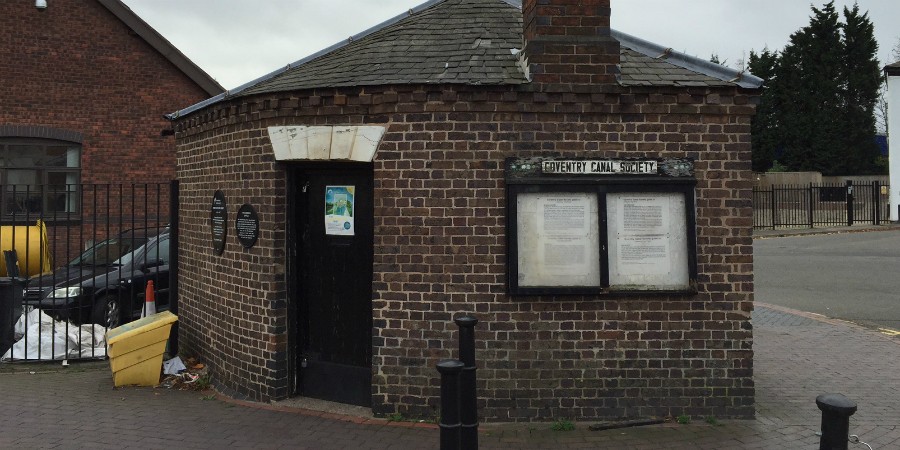 Researching the building and exploring the interior was a fascinating opportunity as the weighbridge building is in near original condition with a slate roof supported on a king post roof structure. The interior has the original tiled floor and cast iron fireplace with brick surround and mantle. We also noticed that inside was a tall desk with a hinged lid, thought to be used by the toll keeper and a Victorian weighing machine to be used with the weighbridge platform outside.

The building was full of character and historic features such as stones on the corners of the building to stop wagons damaging the brickwork and a hinge protruding where the gate into the yard would have originally been hung.

Originally there were a pair of weighbridge buildings but one was demolished in the 1950s and they are a relatively rare survival making the building an important example of canal heritage.

I’m looking forward to 2016 with the Canal & River Trust where the plan is to conduct a heritage survey of the reservoirs in the Staffordshire Moorlands for the spring (when the weather improves) and seeing what heritage lies waiting to be re-discovered.