With hindsight, an invasion on the Lancashire coast during World War Two may seem a remote or non-existent possibility. Yet, physical evidence of the war on the canals of Lancashire is plentiful.

War-time planners had to consider every eventuality, in particular the likelihood that neutral Ireland could fall under Nazi occupation. The softly shelving beaches of the Lancashire coast, of Pilling Sands on the Fylde, the beaches at Formby and Southport, all with the flat agricultural land behind provided a perfect environment for an invasion.

The canals of Lancashire were fortified as stop-lines: the Leeds & Liverpool Canal between Wigan and Liverpool; and the Lancaster Canal north of Garstang up to and including the Glasson Branch. They became anti-tank ditches, their crossings were fortified and other strong points were created. A great deal of physical evidence remains from this time.

On the Lancaster Canal from Nateby Hall Bridge (66) north to the Glasson Branch, the landward side of the bridges were fortified with concrete blocks. In the event of an invasion, one or two steel cables were to be stretched across to slow enemy progress. Such a steel cable can still be seen hanging from Corless Bridge (76) above Ratcliffe Wharf.

The parapets of these masonry arch bridges, designed by John Rennie, were removed and replaced by metal rails supported by reinforced concrete posts so as to deny enemy combatants shelter whilst they negotiated the obstruction created by the steel cables. These significant structural alterations can be seen in the image on the left and in the main photograph above.

The bridges on the Glasson Branch, by William Crosley, were treated in a similar fashion. Bailey Bridge (5) still has 12” sockets sunk into the ground, across its north exit, where lengths of telegraph pole could be inserted to obstruct enemy movement. Further along the Branch, between locks three and four, is a gun emplacement.

Figure 2: a gun emplacement on the Glasson Branch faces the south west.

A line of tank traps marks the southern end of the Lancaster Canal stop-line, 150 metres south of Nateby Hall Bridge it is leaves the towpath and heads towards the coast for another 30 metres. 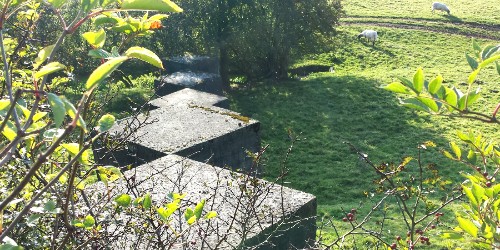 Figure 3: remains of a line of tank traps.

At the western end of the Leeds & Liverpool Canal, Stop Line Number 14, each canal crossing became a defensive location with machine gun posts, mortars and flame fougasses all surrounded by barbed wire entanglements. Each bridge was rigged for demolition.

The fortification of existing buildings, adjacent to canal crossings, was a rare measure taken on this stop line. In and around Burscough many domestic buildings retain the gun loopholes that were added to defend the crossing. Some of these loop holes have since been bricked up whilst others have been double-glazed!

Fortified buildings can be seen at Crabtree Swing Bridge (35), a former stables of the Slipway Public House; a fortified barn with at least three loopholes watches over Gregson’s Bridge (29) on Martin Lane, another can be seen at Smithy Farm, Downholland – there are many others.

There are a number of purpose built defences along the canal in this area including pillboxes (such as the Type 22 at Moss Bridge, 35) and double storey watch towers such as that at Heaton’s Bridge (28) and another at the Farmers Arms Public House adjacent to New Lane Bridge.

Many wartime structures have been lost to the ravages of time, removed as inconvenient obstructions to life and business in peacetime. This collection of defensive alternations and fortified buildings is a stark reminder of the real threat of invasion we faced. As a group of historic buildings these reminders of war can be considered to be of national importance.