Conserving our heritage at Fradley Junction

As part of our continuing commitment to protect and safeguard Britain’s waterway heritage, we are undertaking repair works to Lock 17 (Junction Lock) which along with its adjoining bridge, are Grade II listed and are within the Fradley Junction Conservation Area.

The canalside settlement at Fradley Junction grew up after the Coventry Canal was linked to the Trent & Mersey Canal in 1790. Fradley was a major junction in the canal network, both the Trent & Mersey and the Coventry Canal companies built houses and cottages for their workers, while two warehouses complete with hoists, were erected at Junction Row alongside a public house.

The nearby maintenance yard, built by the Trent & Mersey Canal Company, now houses our offices, a canalside café, shop and information centre.

The Trent & Mersey Canal Company was very keen not to lose any water to the Coventry Canal. Consequently, surplus water was led off the canal at an overflow weir to the west of Fradley Junction. This water passed along a 'secret' channel beneath the Swan Inn and behind the neighbouring cottages, before returning to the Trent & Mersey Canal to the east of the junction. Excess water from this bypass channel was stored in a new reservoir - Fradley Pool.

The reservoir now forms the main feature of Fradley Pool Nature Reserve. An award winning nature trail, including a bird hide and two pond dipping platforms, has been laid out around the pool.

As with many historic structures, the locks at Fradley Junction require repairs to prevent deterioration of their historic fabric. Works at Lock 17 involve replacing the beam on the off-side bottom gate and relining and refitting both the top and bottom gates to stop leaks. The timber quoins on both sets of gates will be replaced and the team will also be repairing any damaged bricks and stones in and around the lock. Compatible like for like materials are being used throughout where replacements are needed and great care will be taken to not disturb the historic fabric unduly.

You can explore Lock 17 at Fradley Junction at our Open Weekend on 18 and 19 February.

Read more about our Open days 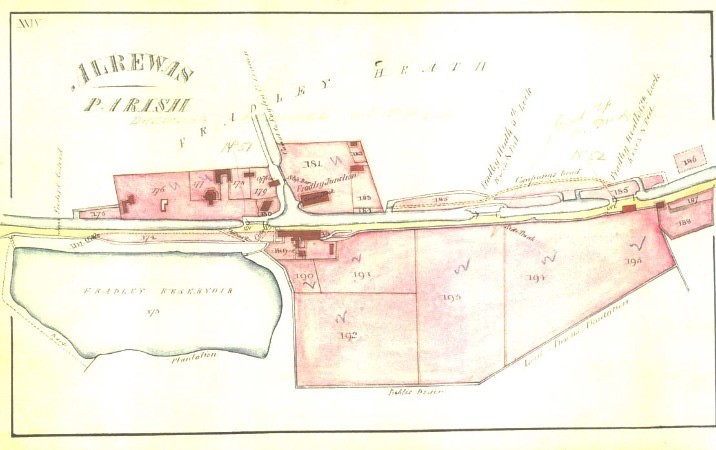 We never stop working to bring our 2,000 miles of waterways to life. Find out more about what we do