Meet the boats at our Easter Boat Gathering: Beatty's story...

Narrowboat Beatty has been part of the Grundy family for half a century. She came into their lives on 31 March 1968 when Nick’s father bought her for family holidays. Nick was 10 at the time so he feels he’s grown up with Beatty and she’s given the Grundys some golden times. Though Nick now lives in Somerset his roots, like those of Beatty, are in the north west and that is where he keeps the boat, moored on the Bridgewater Canal.

The family will be celebrating the 50th anniversary at the Easter Boat Gathering, with Nick’s mother Jennifer as guest of honour. It’s not the first trip to the gathering, over the years Beatty has attended many of these special weekends. She was at the official opening of the Boat Museum (now the National Waterways Museum, Ellesmere Port) in 1976.

Originally built in Northwich 1937, Beatty was named after famous WWI Admiral Sir David Beatty. A working narrow boat for 22 years she carried coal from the Warwickshire coal fields to London and Oxford. In 1960 she was sold for conversion to a cruising narrow boat with her cargo hold transformed into an eight berth cabin. 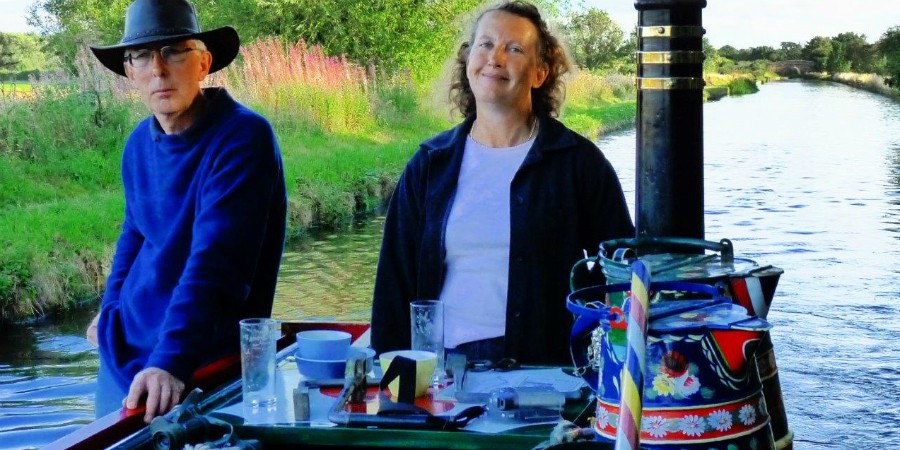 Nick’s parents bought Beatty in 1968 for their family holidays and Nick has happy memories of travelling with his parents and four sisters. “We cruised widely throughout the waterways system,” he says “visiting almost all of the waterways we can reach in a full length boat.”

Beatty has been with Nick through major life events, she was his student lodgings and in 1983 he used Beatty to introduce his wife Liz to boating. Their three sons all grew up with Beatty and the relationship shows no signs of diminishing - now retired Nick and Liz enjoy extended cruising and their sons also take her out for holidays.

In 2012 Beatty enjoyed a royal summons that provides Nick with one of his happiest memories. She represented the County of Merseyside in the Queen’s Diamond Jubilee Pageant. Nick remembers: “It was a truly amazing day, we joined around 1,000 other vessels, including several other historic narrow boats. It was memorable in so many ways, not least because of the terrible weather! We were honoured to be chosen to take part.”

Beatty has been part of the Grundy family for three generations and has provided Nick with many wonderful moments. He inherited her when his father died and Nick talks of the sense of continuity she offers, as well as a feeling of achievement gained from all those miles travelled. Boating for Nick is about family, meeting up with old friends and bringing people of all ages together. But he says there is something for everyone out on the water: “Whether it’s wildlife, history, socialising, relaxing in a canal-side pub, it’s whatever floats your boat – literally! We’re looking forward to the 2018 Easter Boat Gathering, meeting up with friends and, importantly, celebrating 50 fabulous years of having Beatty in our lives!”

Beatty is on the National Register of Historic Vessels and has her own website, charting her history in word and images.

Come to the Easter Boat Gathering

More fromNine things not to miss at the museum