The unusual side pounds that supply water to the Caen Hill Lock flight provide a fantastic safe haven for wildlife and our newly planted Diamond Jubilee Woodland.

The construction of the impressive flight of 16 locks, and their successive unique side pounds, form a straight line up the hillside due to the steep terrain. 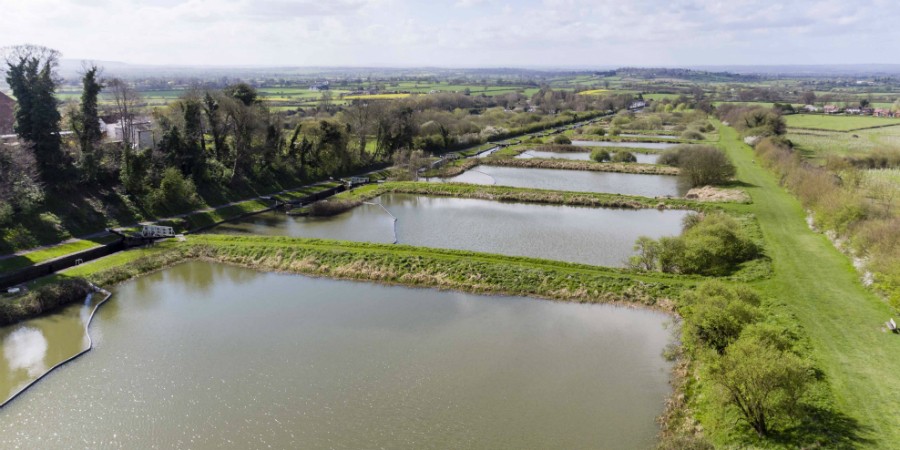 While not technically ‘ponds’ the side pounds are relatively undisturbed due to steep, well vegetated banks. Fishing was banned to allow the wildlife to flourish.

When we do need to carry out maintenance work, thousands of fish are rescued from the water before we drain the pounds. Most of the time the fish are moved up or down the lock flight by just a couple of pounds. However, in spring 2013 we transported the fish from one of the side pounds to the Erewash Canal near Nottingham as many of the fish there had been killed due to a fire at a nearby warehouse.

The side pounds aren’t just massive fish tanks, they also provide an ideal habitat for dragonflies, butterflies and water fowl. In 2013 water vole droppings were found by one of our ecologists and a motion sensitive camera trap was set up.

Then, during the long hot summer of 2013 we got very excited about grass snakes. 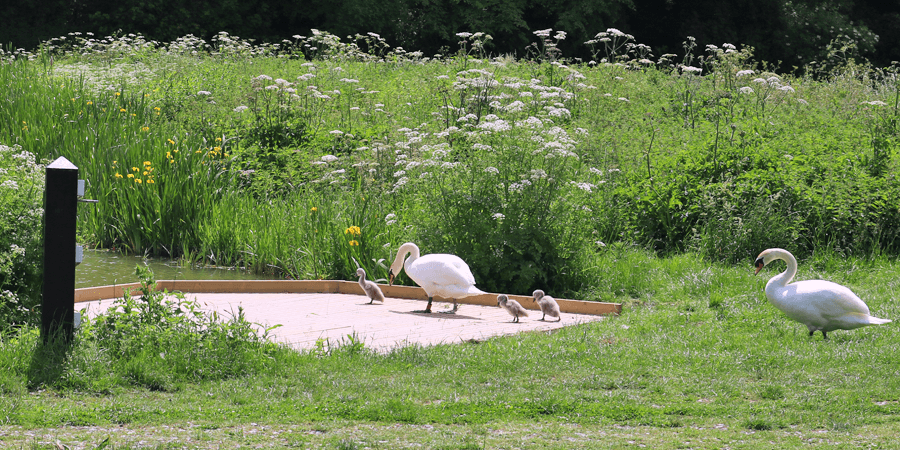 Many of the side pounds are surrounded by a five to ten meter wide strip of common reed (Phragmites australis). The reeds provide ideal habitat for reed warblers, which build their basket nests by weaving strips of vegetation around the stems of the reeds. Reed warblers are insectivores, which means that they mostly feed on insects. We’ve also found a harvest mouse in the reeds. These tiny creatures are known to nest in reed beds, however as they, and their nests, are so small they often go unrecorded.

Alongside the towpath, between the side pounds and on the northern side there is maintained grassland. On the edges of the maintained areas the grass is allowed to grow longer and wildflowers have been sown. This year there was an abundance of poppies, a regal carpet of red along the southern edge of the car park.

Throughout the Caen Hill lock flight the towpath is bordered by a hedgerow. As with much of the canal network, the hedges were planted during the construction of the towpaths. Towpaths were created to make traversing the canals easier for the boatmen and women.

Most of the hedgerows include hawthorn as the spikey trees would prevent animals from breaching the boundary. These spikey shelters are hot property for many species of birds including blackbirds, robins and dunnocks. 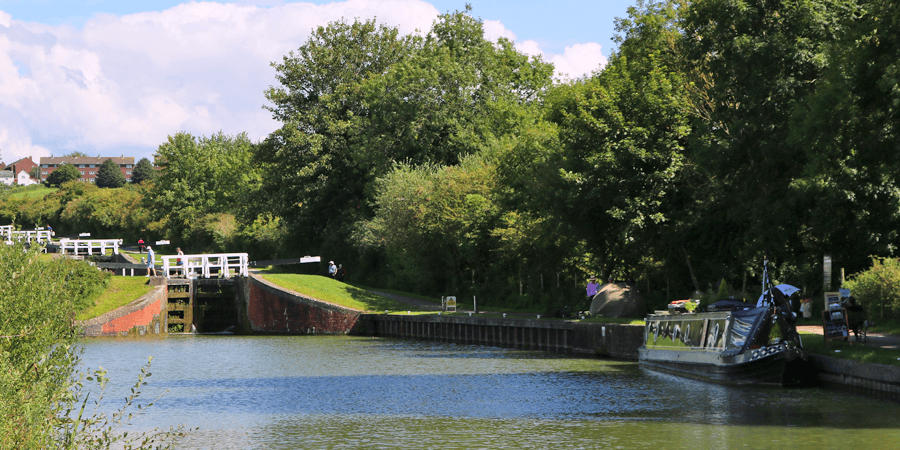 Between the side pounds and the new Jubilee Wood there is a strip of established woodland. It supports rabbits and badgers. It’s necessary for our ecologists and engineers to monitor the badger setts within this woodland as the badgers may have burrowed as far as the edge of the canal, which could potentially cause a breach to the canal.

The badger setts are monitored rather than moving the badgers along. This is because the canal banks provide such great habitat for them, that they would simply will move into another part of the canal. 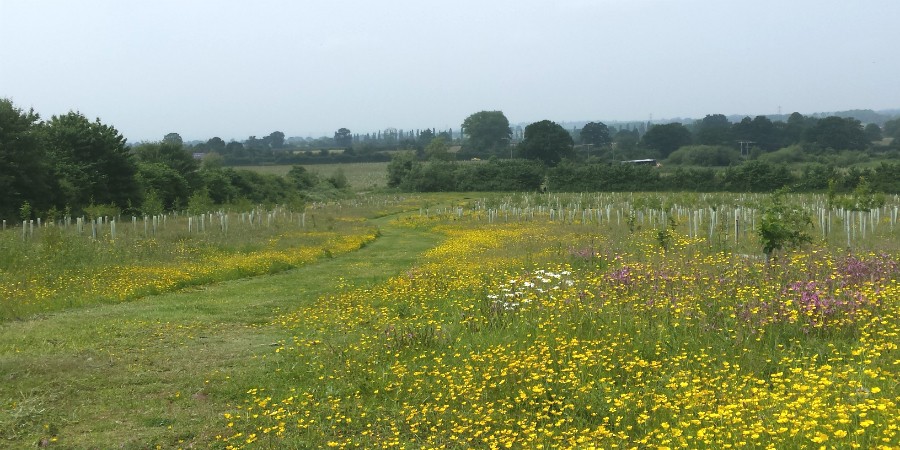 We own five fields to the north of the lock flight. In 2012/13 over 30,000 trees were planted to coincide with the Queen’s Diamond Jubilee. The woodland will take 15 to 20 years to establish and while it grows it will provide habitat for insects, birds and bats.

It’s hoped that over the next few years further habitat improvements can be made to the area such as digging a pond and a scrape (a shallow dip with gently sloping edges, which seasonally hold water and provide extra habitat for insects) and planting native aquatic plants.