However, you want to enjoy your Caen Hill experience - boat, bike or boot - the first question most visitors ask is why? Why go to the bother of building up such a steep hill?

The locks come in three groups:

Because of the steepness of the terrain, the pounds between the middle 16 locks are very short. As a result, 15 locks have unusually large side pounds, to store the water needed to operate them.

As far back as 1788 a ‘Western Canal’ was proposed to improve trade and communication links to towns such as Hungerford and Marlborough. The following year the engineers Barns, Simcock and Weston submitted a proposed route for this canal, although there were doubts about the adequacy of the water supply.

In 1793 a further survey was conducted by engineer John Rennie, and the route of the canal was altered to take a more southerly course through Devizes, Trowbridge and Newbury. The proposed route was accepted by the then ‘Kennet and Avon Canal Company’, chaired by Charles Dundas. 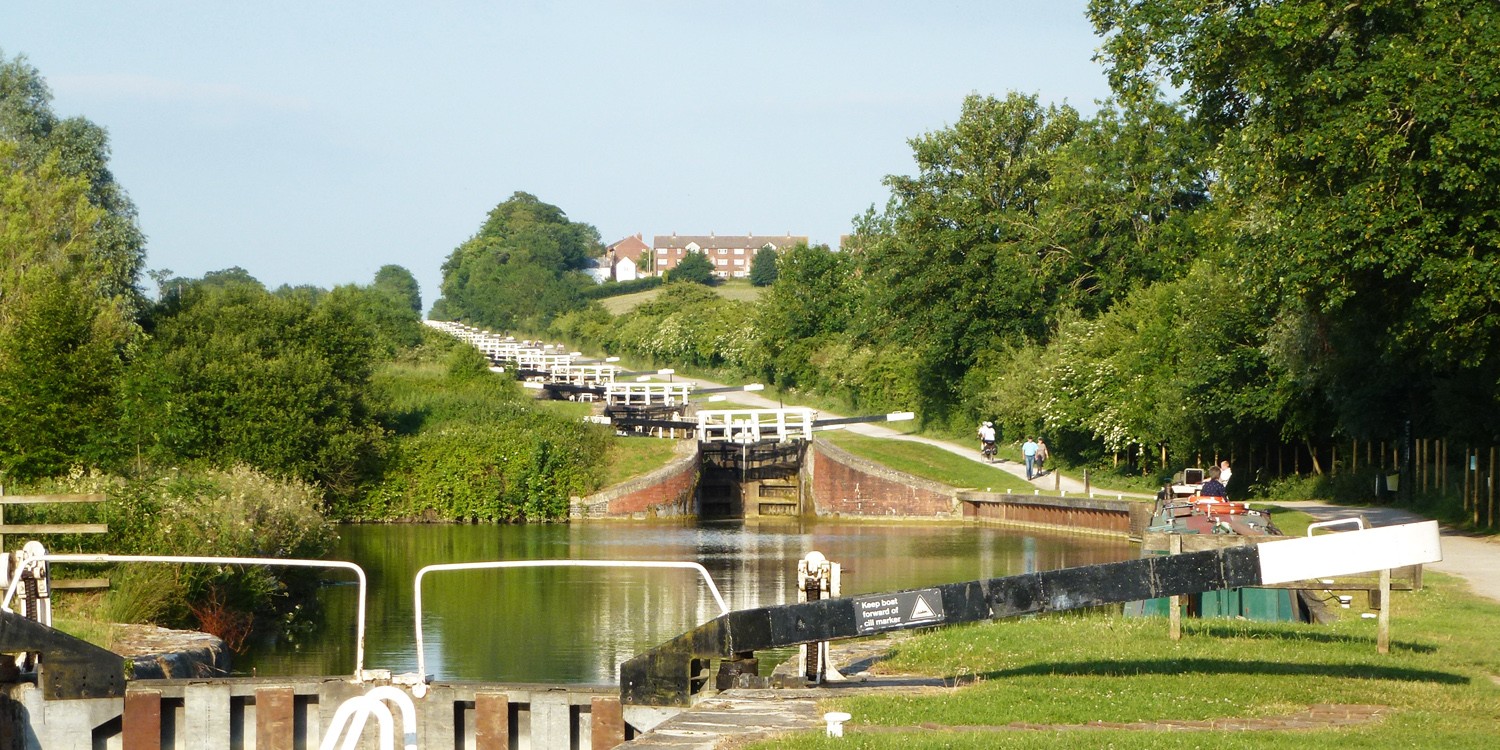 It was John Rennie's idea to climb the very steep Caen Hill - the last part of the 87 mile route of the Kennet & Avon Canal to be completed. While the locks were under construction a tramroad provided a link between the canal at Foxhangers to Devizes. You can still see its remains in the towpath arches in the road bridges over the canal. Rennie’s navvies even dug a brickyard to the south of the workings to make the bricks for the lock chambers.

Was it worth it?

When the flight of locks opened in 1810, allowing the same barge to navigate the entire canal, the ‘toll’ per ton from London to Bath was £2 9s 6d. Far cheaper than carriage by road. By 1818, seventy 60-ton barges were working on the canal, mostly carrying coal and stone. The journey from Bath to Newbury took an average of three and a half days. So, the canal was not only cheaper – but faster than road. You can understand why John Rennie persevered with his difficult yet more direct route. 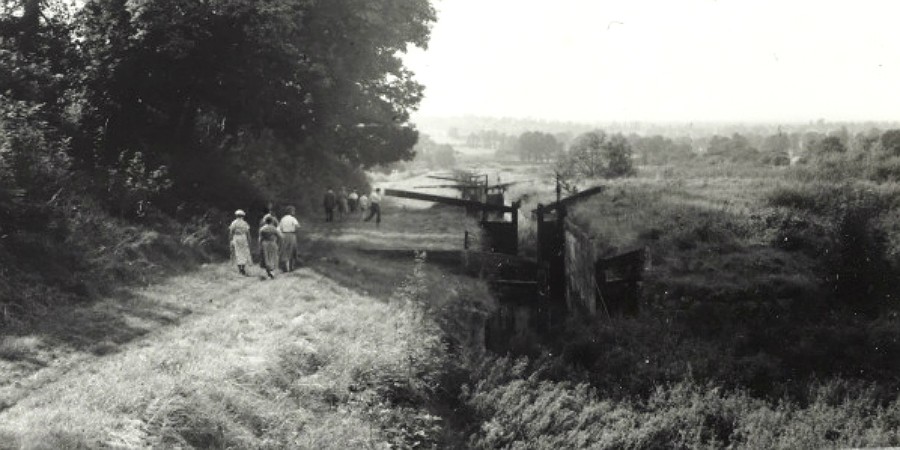 Then the railways came. The canal fell into disuse and was closed. The last cargo through the flight was in 1948. From the 1960s there was a major clearing and rebuilding operation, culminating in a visit by Queen Elizabeth II in 1990 to open the new locks officially, although the flight had been navigable for a number of years before then.

In 2012 British Waterways became the Canal & River Trust and we've been mantaining and caring for this magnificent structure ever since.