I need to watch out for the size of my tummy, especially with Christmas coming on. I love walking, I always have done, but I do it for fitness too.

My way of doing it is that I like to catch a bus to places along the canal and walk back. There isn't a train service in Devizes, so I use buses. Today I caught a bus to Trowbridge and I've just walked back along the towpath the whole way. The other week I got the bus to Bath and walked back from there. That was about twenty-three miles, but the canals are mostly flat so it was easy to walk.

I pick places in either direction from where I live in Devizes, so I'm always seeing something different. Getting the one way transport is the thing I have to work out, the walking back is easy.

We used to live in Swindon, but we liked the canalside town of Devizes, so we moved here and we've been here about eight years now. Devizes especially suits us because my wife and I love walking the canal. My wife can't walk as fast as I can, but most weeks she gets out on the towpath and walks as far as she can, and then she'll turn off to look around the town before heading back home. 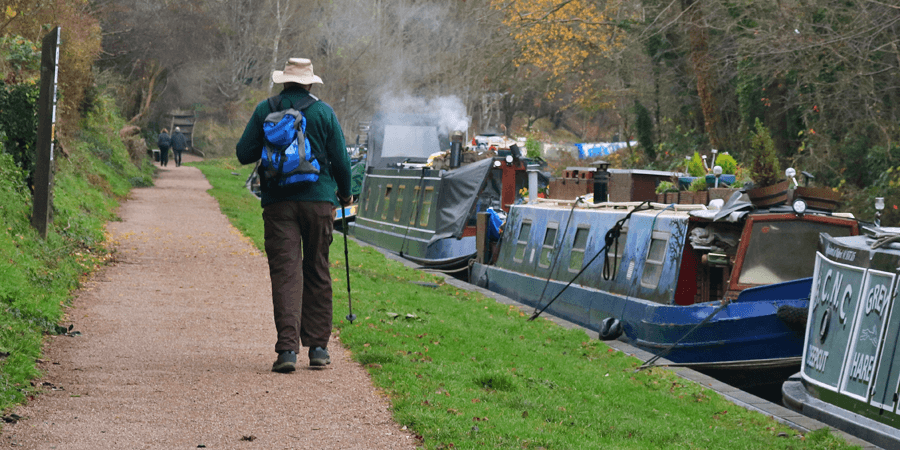 I like some of the parts of towpath that are away from the towns, more remote and grassy, but I like the hard-surfaced towpath too because it helps people who can't get around as easily as I can to enjoy walking too. And it’s mostly flat so it’s great for them as well as for people like me who can walk a bit faster and further.

I’ve seen all sorts of wildlife, birds, foxes, squirrels, herons, even a kingfisher once, but I haven’t seen a badger yet.

Find somewhere beautiful to relax, think, exercise, picnic, commute and more, all for free. Discover what's local to you