Our Chairman gives his opinion on our new brand

Allan Leighton, chairman of the Trust, explains how our new positioning as a waterways and wellbeing charity can help millions of people live healthier lives and secure the long-term future of our canals and rivers.

At the Canal & River Trust we have a fantastic legacy, a 2,000 mile network of canals and rivers that was originally built for boats but is now open to every single person in England and Wales. Eight million people live within 1km of our canals and the best thing about them, in my opinion, is they’re free for everyone to use and enjoy. You don’t need to go on a long car journey or pay any money to spend time in these places, they are simply there, on your doorstep.

This month we’re launching our new brand which positions us as a waterways and wellbeing charity. Our main objective is for as many people as possible to enjoy the waterways and their surroundings. This isn’t a new direction for us. It’s a continuation of the vision we’ve had for the last five years; ‘Living waterways, transforming places and enriching lives’.

That’s what we’ve been working towards and because we’ve made the waterways more attractive, more people are using them than ever before.

We know that 50% of our visitors come to take a walk along the towpath, lots of other people use canals to commute to work or to jog, some people enjoy a day out on the water and of course we have boaters who bring the waterways to life.

"We are in a unique position to improve people’s lives. We’re there, we’re on your doorstep already." 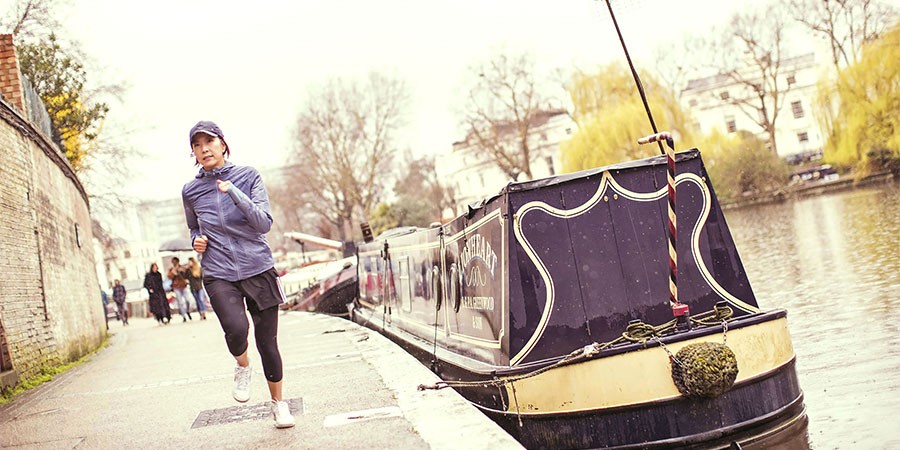 We’re already on your doorstep

If you look at the path of our canals and rivers running through the country, they run very close to the communities who are most in need of the wellbeing they offer. We are in a unique position to improve people’s lives. We’re there, we’re on your doorstep already.

This gives us a golden opportunity. We’ve become a waterways and wellbeing charity not due to a sudden whim, it’s something we’re already doing. People are already using the waterways for health and wellbeing, and our research is starting to show that if you visit our canals and rivers regularly, you are naturally healthier and happier. This is hard evidence for something we all feel very intuitively – that ‘life is better by water’.

Life is better by water

We generate £200 million of income every year and we’re spending more on the waterways than we have ever spent before, yet public awareness of the Canal & River Trust is very low. It’s around half of what public awareness was for British Waterways.

To change that we need to focus on three things. We need to make the waterways themselves more attractive, we need to ensure they have universal appeal and we need to use our brand to position us as a waterways and wellbeing charity.

Having been involved in many changes to brands and logos throughout my career, I know you always come up against people asking: “Why have you done that?”

Why does anyone re-brand? It’s because you’re reaching a new audience. When you cater for a different audience you have to look at changing the brand. But this is an evolution not a revolution. We’re not taking everything away and starting from scratch, there are some great things about who we are right now. This is about creating something that’s fit for the future and appeals to a much wider audience, a younger audience and a more diverse audience than we have today.

An evolution not a revolution

Today most of our communications are delivered through digital channels. Back in the days of British Waterways there was little social media. Now we’re in a completely different world. Our new circular logo fits well on our digital channels and it looks good in the context of the waterways themselves. It’s an evolution of the original logo and many of the elements remain, we have water, the idea of a sunset, a bridge, a ripple effect. We’ve just made it more universally appealing.

The new logo is result of six to nine months work in the context of re-positioning the Trust. We sourced multiple options and ultimately went with the agency who really understood us and what we were aiming for. Obviously the design itself was a creative process, but we followed a rigorous and focused testing process and sought the opinion of different consumer groups. The result is a logo which dovetails nicely with our new positioning and is as much about the future as it is about the past. 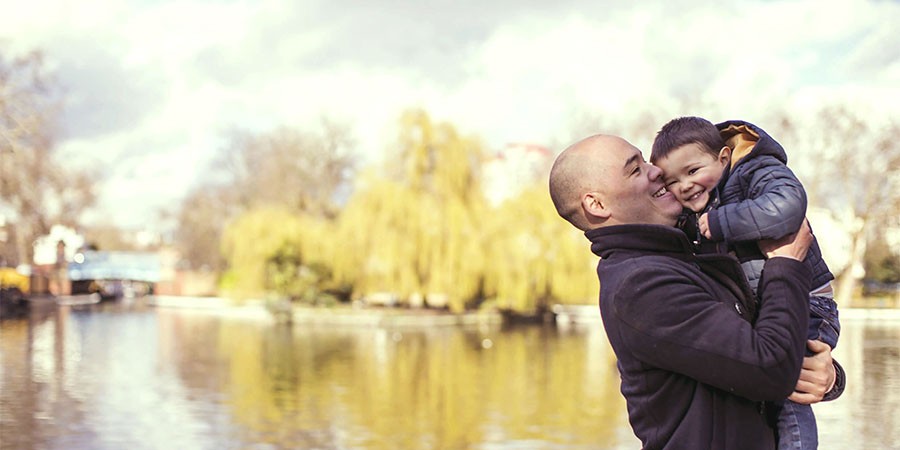 It’s our job as Trustees to imagine what the legacy will be in the next 50-100 years. This is a resource owned by the country, for the country. We’re lucky to have a core audience of boaters and anglers who already use and love the waterways. We’re not moving away from them, we want to take them with us. But it’s essential that more people know us, understand us and feel passionately about what we do. Of course boaters know who we are, but 90% of the people using our waterways don’t. That’s the challenge we face.

This is about our ability to fix things like the Middlewich Breach in five to ten years’ time. Right now we’re fundamentally strong. In another five or ten years we might not be. We could find ourselves in a much less comfortable position, living hand to mouth and unable to deal with emergencies. We’re spending a small amount of money now to secure the future, and it’s really small in the grand scheme of things. We spent £200 million overall in the last year and just £60,000 was spent developing the new logo.

My measure of success is visitor numbers going up. We’re spending a lot of money maintaining the waterways. We have to ask, are more people using them? I’ll be looking at the number of visits we have, the number of people who are engaging with us on our digital channels and most importantly, how many people are supporting us.

Everything is about relevance

We need to stay relevant in order to survive and we’re incredibly fortunate that over the last five years we have naturally become more relevant to more people. Our new brand positioning will ensure that in another 100 years, the canals are still thriving.

As a board of Trustees we have to think about the future of the waterways all the time. We already have credibility on the wellbeing front. The challenge is for us to become more universal, to broaden our appeal. Our brand is one part of the work we do, it’s not the whole picture. If the care of the waterways goes downhill then our new brand and our new logo won’t achieve anything at all.

History shows us what happens when the people of Britain don’t consider the waterways to be relevant. I find it powerful and exciting to look at a future where we’re relevant to an audience of millions rather than tens of thousands. If we get this right, we can help millions of people live happier and healthier lives. We can become not the National Health Service, but the ‘natural health service’, and the canals and rivers that we love will continue to thrive for generations to come.

We’re sharing our internal film with you here, where chairman Allan Leighton and chief executive Richard Parry explain why we’re repositioning and rebranding as a charity for waterways and wellbeing.