The Regent’s Canal tiptoes through the capital. This is a city walk through the backdoor, catching London in private, with its slippers on.

Regent’s Canal was named after the Prince Regent, later to be King George IV, and first opened in 1820. London, naturally, is rife with royal connections. The canal even treads on land that was once the hunting grounds of Henry VIII (until in 1811 John Nash landscaped them into the Royal Park). 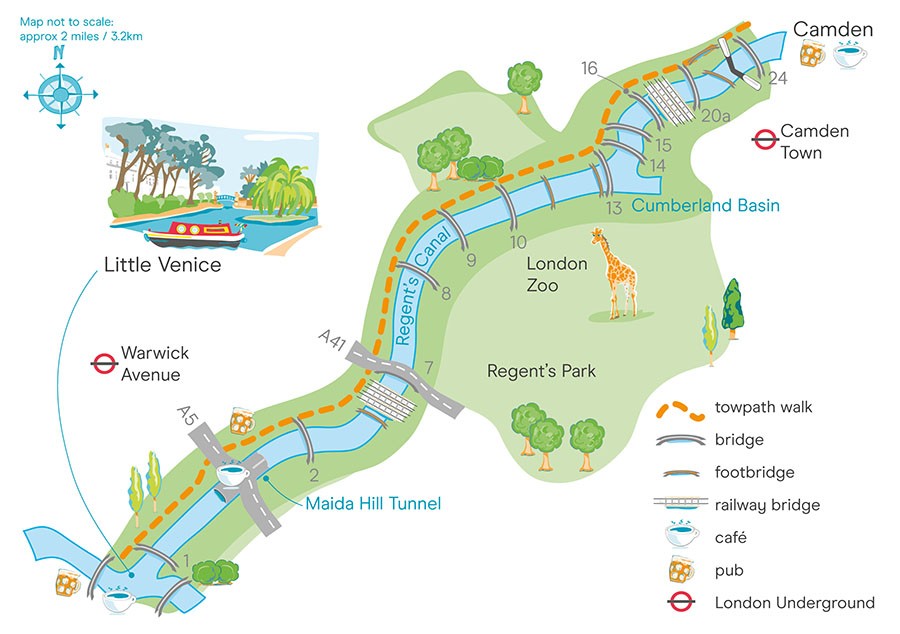 The pool of Little Venice makes a grand start to this walk. This wide open space is lined with boats and surrounded by white stucco-clad Regency houses. The small island is named Browning’s Island after poet Robert Browning, thought to be the first to name the area Little Venice. Boat trips run from here, a boat café is moored at one end and there’s even a Puppet Barge theatre.

Take the towpath under Warwick Avenue Bridge. The scene ahead is of moored boats on both sides of the water, mirrored by terraces of Regency houses. Some residential boat owners have developed canalside gardens to such an extent that it’s become a haven of pots and wisteria. 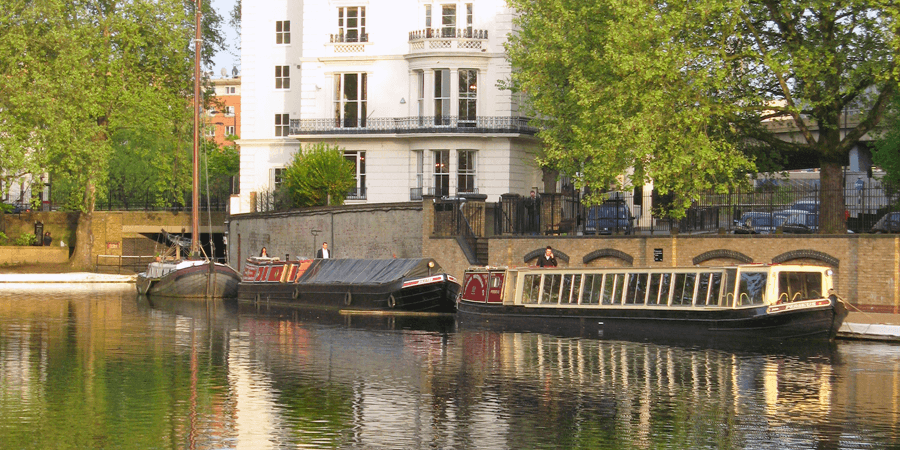 Follow the road alongside the canal then, just above Maida Hill Tunnel, cross over Edgware Road to Aberdeen Place. Carry on until you pass Crocker’s Folly pub on your left, then continue straight along a path signposted Regent’s Canal to rejoin the towpath down steep steps.

Past boat moorings and another couple of road and rail bridges, you enter a scene of tranquillity as the canal skirts Regent’s Park. John Nash was designer of both the canal and Regent’s Park. He had intended that the canal should run through the middle of the park but he was convinced by others that the delicate residents of the park would be horrified by foul language used by navvies building the canal - so in the end, he decided to take the canal round the edge instead. White mansions line the canal, their gardens and weeping willows swooping down to the water, so perhaps not too terrible a compromise for canal-goers today!

Look out for the aptly named ‘Blow Up Bridge’ (bridge no.9) - a boat with a cargo of gunpowder bound for the Midlands exploded here in 1874, demolishing the existing bridge and terrifying residents. When it was rebuilt, its pillars were turned round, so historic rope grooves now show on both sides.

Cages and wire now show that the canal goes through part of London Zoo – watch for Red River hogs, the giraffe house and a huge aviary of exotic birds (the aviary is named after Lord Snowdon who designed it). 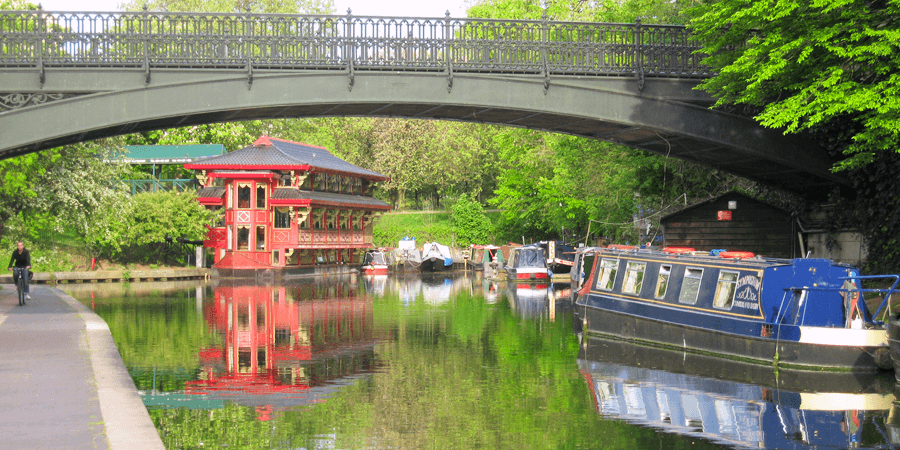 Beyond Cumberland Basin, with its moored boats and unusual Chinese restaurant boat, the canal curves under a quick succession of low road and rail bridges.

The walk ends at busy multi-coloured Camden. The double lock at the heart of Camden is known as Camden Lock but is actually Hampstead Road Lock. Its markets are world famous for their joss-stick accessories and possibly more purple-patterned trousers than anywhere else on earth!

Find other London canal walks on our walking routes map, or simply find a towpath local to you and follow your nose.