Some of the best open countryside anywhere on England’s canal network. A walk following the lock-free summit of the Leeds & Liverpool Canal, with Gargrave’s lock 31 the last lock for 17 miles. This is idyllic England.

The north of England has some of the most heavily locked canals in Britain, but boats get a break from locks here, and walkers share their peaceful pace. This lock-free stretch of the Leeds & Liverpool Canal blows you off your feet. The easy towpath meets people on bikes and with well-waxed walking boots following the challenges of other long-distance trails - the Pennine Way and the end-to-end Sustrans Route 68. Wave and let them pass because on this canal, you won’t want to rush.

Food and drink: Plenty of choice in Gargrave and Skipton (canalside in the Basin) Start the walk at Higherland Lock (no.32) in Gargrave where bridge 170 leads the famous Pennine Way across the canal. Gargrave pulls out all the stops with canal locks, cute cottages, tearooms, pubs and a church. Dalesman Café Tearooms in the village is often packed with pilgrim cyclists on the challenging Pennine Cycleway (NCN 68). Follow the towpath east towards lock 31.

Note the ‘½’ milepost near bridge 172 - the Leeds & Liverpool Canal Company marked every ¼, ½, ¾ and mile along the canal. Many of the mileposts were restored or replaced as part of the canal’s 200th anniversary in 2016. 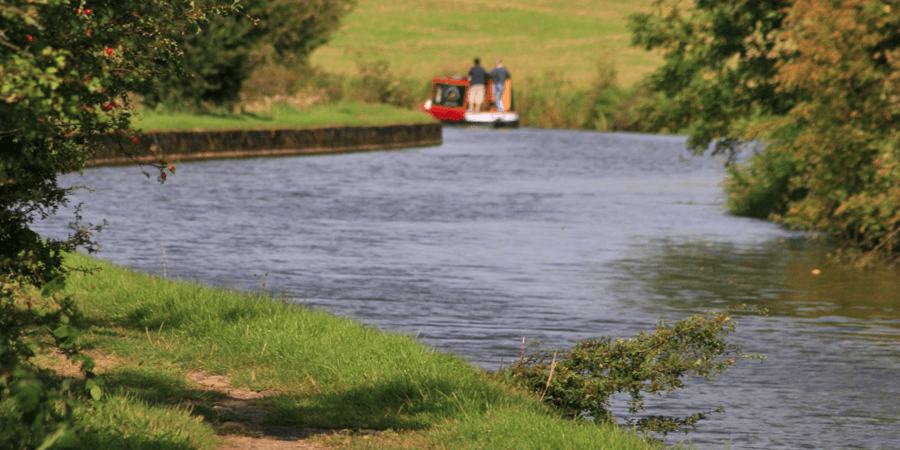 The canal curves to the right then under the main A65 just beyond lock no.30, the last of Gargrave’s locks, and the last on the Leeds & Liverpool Canal for almost 17 miles until Bingley.

Despite the road’s intrusion, this is a popular mooring spot as the views open up ahead. Continue along the grassy towpath, past fields bordered by drystone walls, with hills peeking in front and behind.

There’s a farm building just by Highgate Swing Bridge (no.173), and the landscape around you is glorious as the canal curves sharply to the left and back to the right. Again it swirls as it approaches Thorlby Swing Bridge (no.174). There are moorings here and a stile by the towpath gate.

Just past the A59 road bridge, boats moor on the opposite bank, and the towpath becomes more tree-lined.

The main road shadows the canal to another swing bridge, no.175, before the canal bends round under the A629.

The wide grassy towpath now brings you more quietly into Skipton past another two swing bridges, a small aqueduct and Victoria Mill - a former corn then paper mill, now converted into flats. 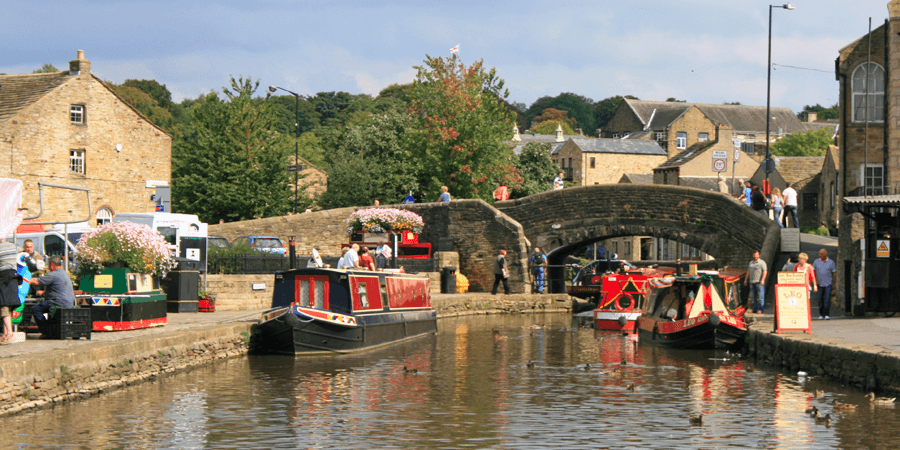 The slabbed towpath leads past the mill to Skipton Basin, busy with people, boats and places to eat. Skipton’s heritage reels back as far as the 7th century when Saxon farmers called it ‘Sheep Town’. Perched on the edge of the National Park, this busy characterful town is known as ‘Gateway to the Dales’ and the canal runs straight through its centre. Boat trips from Skipton Basin follow the Springs Branch beneath 900-year-old Skipton Castle, one of England’s best preserved medieval castles.