Reflections on the 2017 Angling Trust Division One Nationals

‘Reports of my death have been greatly exaggerated’ wrote Mark Twain at around the time of the hosting of the first All England championships. Maybe when future angling historians look back at the 2017 Division One national, it’s possible that it will be remembered as the event that kicked off the resurrection of these historic championships. As Mrs May might say, it could be the start of the era of two strong and stable divisions.

Entries on the increase

It’s pleasing to report that entries were up in both divisional events this year. Cynics might carp on that seven extra teams competing is neither here nor there. It’s an increase in the right direction, certainly far better than seven teams dropping out. Of 50 teams eligible to fish division one, only one – Nottingham Federation – former champions no less, were unable to field a team. Fingers crossed that they will be back competing next year.

The volume of work undertaken by local organisers Terry Nutt and Dave Watkins had to be witnessed to be believed. Thank goodness for volunteers who care enough to dedicate weeks of their time making sure things work out on the day. Even Terry’s human, famously failing to peg A7 in one of the practice events and risking the wrath of Paul Turner to boot. Half a dozen different clubs were involved in providing the forty stewards needed on the day. Feedback about every one of them has been positive. See Terry Nutt’s assessment of proceedings on the morning of the match...

It was good to see some young faces in the 490-strong field. I even managed to catch up with one of them on camera, Shakespeare’s Superteams’ Ben Sharratt, before and after the match...

It has to be said that the under 40s are in the minority in match fishing and in fishing in general. This is something the sport needs to address quickly. What are your views on how this challenge is best approached? 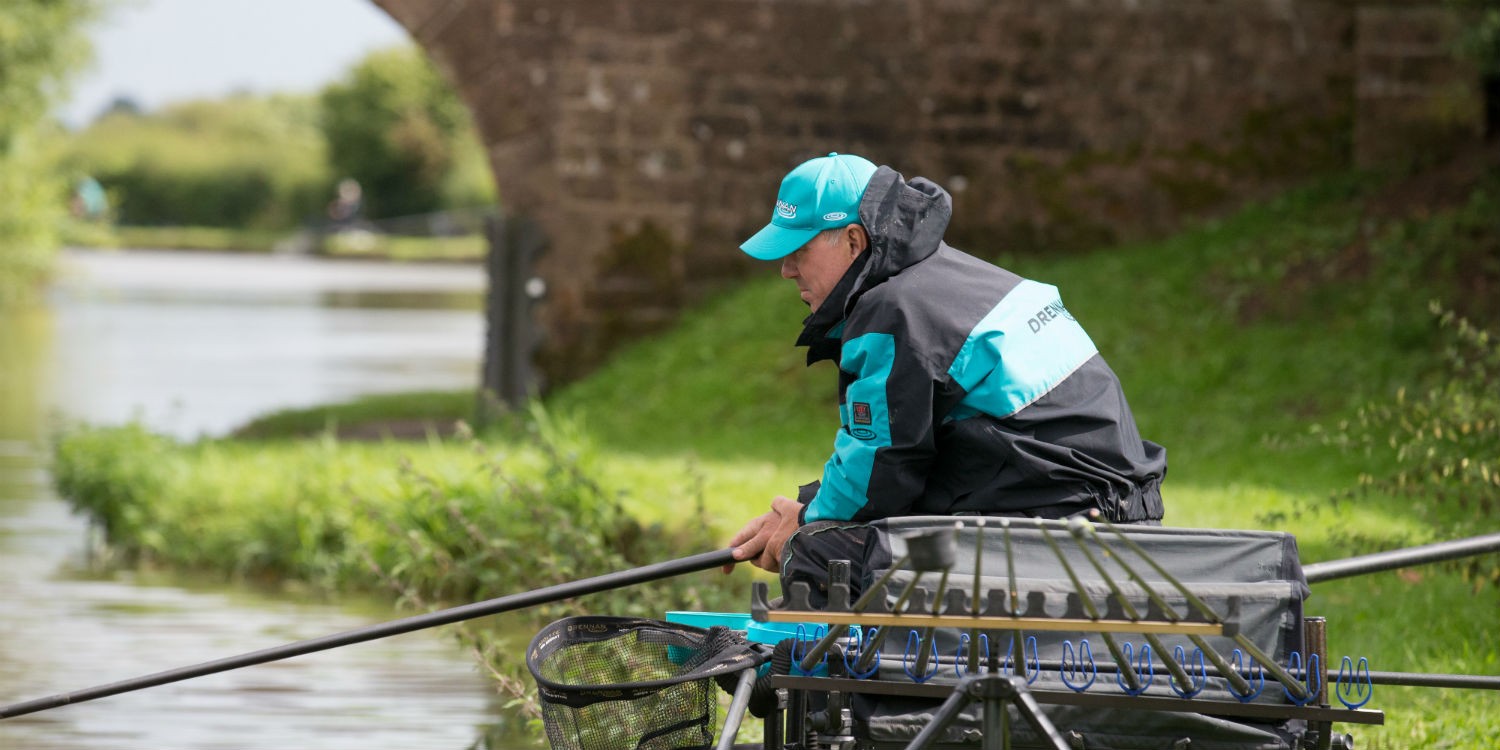 Nationals are first and foremost team events. In what was dubbed the most open national for many years, there were no red-hot favourites. At least a dozen teams felt they really could win. Given a fortuitous draw, most of the field thought picking up a team medal was at least an outside possibility. There was much speculation as to whether the giants of Dorking or Barnsley, the latter with the likes of five times world champion Alan Scotthorne in the line-up, could mount a serious challenge to the host of top narrow canal teams lining the banks of the Shropshire Union. Well over a hundred people took part in our pre-match competition to name the wining team. It turned out that only one entrant predicted the eventual winners. Perhaps all but one of the Ted Carter Southport team thought it might bring bad luck to tip themselves for the title.

Best I know, 2017 was the first occasion when national action went live, albeit for the last 15 minutes of the match. There are some short sections of footage of nationals gone by on Pathe News.

The objective was to generate interest in both angler and non-anglers alike and feedback so far is that it was broadly mission accomplished. For the untrained interviewer it’s still work in progress. The most serious complaint received was from my Mum regarding my comment in the Peter Henry interview...

...that the reason I talk too much is that I take after her. Here is the full Facebook live content from the day. 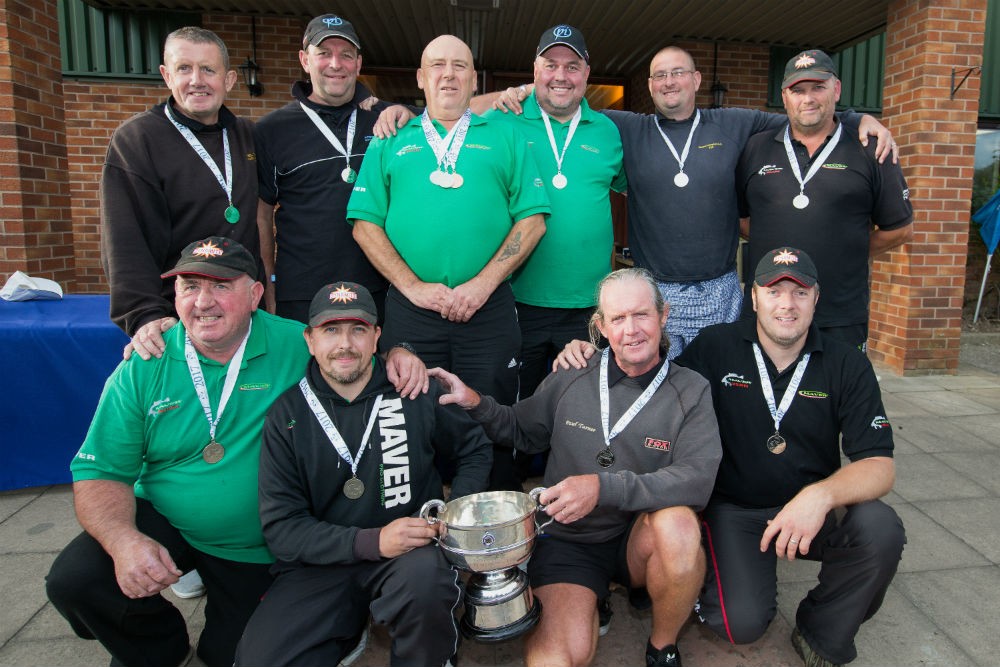 All the weigh sheets were back at HQ by around 5.30 pm, which is no mean feat. In the end, it was Ted Carter Southport, who just pipped Maver Midlands by the narrow margin of three points. Just three or four more ounces from one of the Maver lads or a lost fish or two from one of the eventual winners would have reversed the result. Close finishes are what makes team fishing so exciting.

Best of the rest 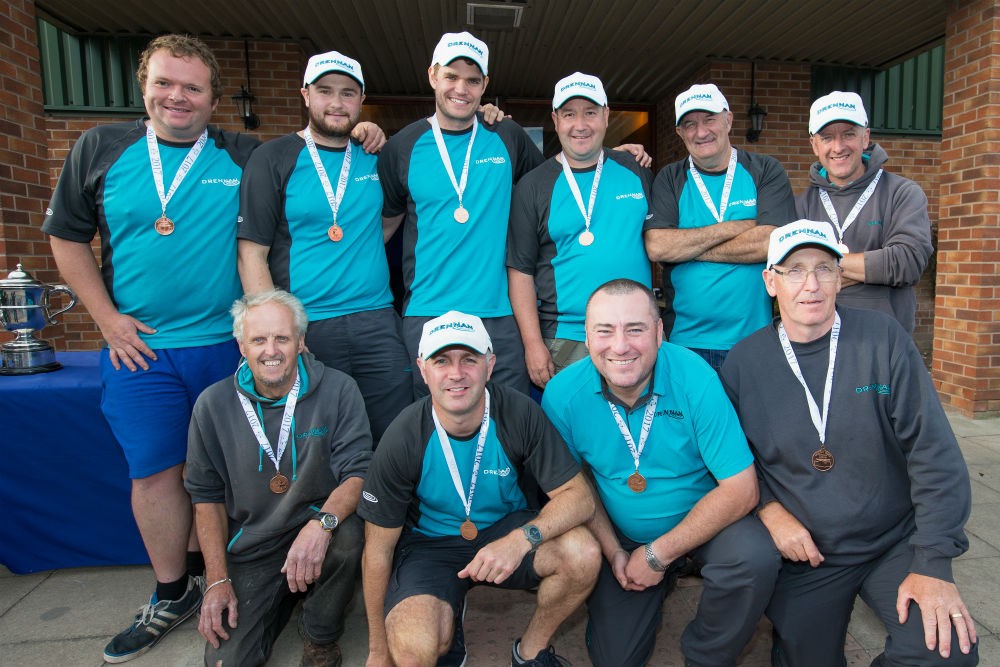 Bronze medal went to the Drennan North West team, who produced a lot of consistent performances from an average draw. They pipped the strong Mark Downes led Starlets team and the Shakespeare Superteam by four and five points respectively. The performance of the Browning Hotrods is especially noteworthy. They were sixth again, matching last year’s performance on the Trent. One team whom I feel sure can’t wait to get back on the Trent will be the Barnsley team who, by their own high standards, will be disappointed with their 34th place finish. But that’s team fishing for you. Even the mightiest of squads can sometimes perform like mere mortals. Thank goodness it works out like that. If the same team won every time interest would soon decline.

Level two angling coach and one of our volunteers, Simon Mottram, was part of the bronze medal winning team. Simon weighted in close to 2 kgs for 36 points, so the improve your canal fishing video star showed that not only can he talk the talk, but he can perform when it really matters. Which is just as well as if he had mustered a nil points score, then I think we would have been recruiting for a new volunteer. 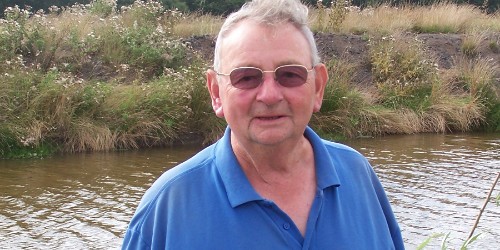 A look back at the programme of the last all England national held on the River Severn in 1971 revealed the names of Brian Preece, Shropshire Angling Federation; Tony Keeling, Izaak Walton Stafford; and Alan Round, Stoke City, in the line-up. All three of these veterans were lining up on the towpath some 46 years later. Tony has missed a few championships due to work commitments but both Alan and Brian are contenders for second spot in the list of most nationals fished league table. As far as we know, nobody is yet very close to catching Lincoln legend Frank Butler, who holds the record of 53 national appearances.

Heritage and the future

Will national championships survive another 100 years? The social history of our nationals reflects the social history of the nation. When a club, big or small, bookies favourite or complete outsider takes the plunge and enters, they are committing to something bigger than competing in a five-hour match on a far-away venue. They are making a statement that the history of our oldest angling championships matters. That the event is far bigger than themselves. Every one of us has some responsibility to make sure the nationals not only survive, but positively thrive. It’s up to us all to make sure that happens.

Have you entered? Find out more about this year's Canal Pairs and Junior National Championships here