Who was the first BAME angler to participate in the national angling championships?

The angling representative on the London and SE partnership board, Dick Pilkinton has been playing a significant behind the scenes role around the Trust work for October's black history month.

It was Dick’s school pal, Paul, now Lord Boateng, who was the keynote speaker at the launch event held at the Museum of London Docklands. Lord Boateng was the first person of colour to be appointed as a cabinet minister back in the first Tony Blair administration in 1997. It was inevitable that when I caught up with Dick recently, the conversation should turn to fishing and to the question as to who might have been the first BAME participant in the national angling championships.

The obvious route to secure the answer was a quick email to the fountain of all national knowledge, former likely lad John Essex. Unusually for John, it was something that he could not immediately answer. Moreover, he could not, off the top of his head, recall any BAME participants in nationals that he had personally competed in. Bridgnorth stalwart Brian Preece was my next port of call and this led to a potentially promising lead. He recalled a guy fishing open contests in the 1970’s by the name of Dick Sejud.

Brian thought it was possible that he could have represented Whitmore Reans in a national championship at some stage. Brian also suggested that the recent octogenarian Joe Brennan might know more. Joe also recalled coming across Dick Sejud on the open circuit but was uncertain about the possibility of national selection. Canal legend Paul Turner was the next port of call. Paul recalled that Dick lived in or around Walsall, had almost certainly never represented Whitmore Reans but had a strong inkling that he could have represented the Provincial Anglers Association at some stage in the 1970’s. Armed with this useful knowledge, it was back to the national maestro himself. 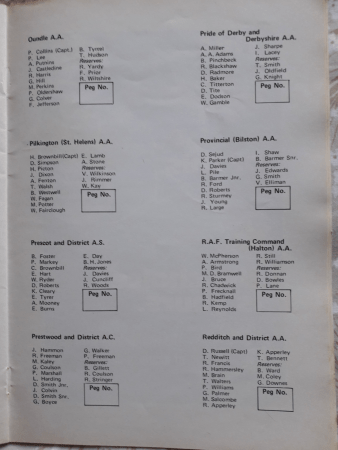 Within a couple of hours, John had confirmed that a D Sejud was in the Provincial AA team for the Division Two National held on the Witham Saturday October 16, 1976. The team finished  in 49th place with 422 points. Total team fishing 76 and Izaak Walton Preston won with 763 points . In the winning team was Dave Roper who was later to win the World Champs in 1985 in Dick Clegg’s first year as manager. Dick Sejud later went on to participate in 1978 on the River Trent when he landed the top weight in the team with 8-11-8 and was top team finisher with 76 points out of 80 fishing from peg H70.

Individually he finished in a brilliant sixth place winning an NFA silver medallion. I wonder where that medallion is now? Provincial AA finished in 25th position with  18-3-12 and 530 points that year. Team winners on the day were Notts AA with 806 points. Of course, we can't rule out the possibility that there could have been an earlier BAME national participant.

At the time of writing, I'm awaiting a conversation with Leigh legend, the great Kevin Ashurst who was participating in nationals way back in the 1950’s. He might remember something. If you have any information about the angling career of Dick Sejud or know of a BAME angler who fished in national championship before 1976, do please get in touch. 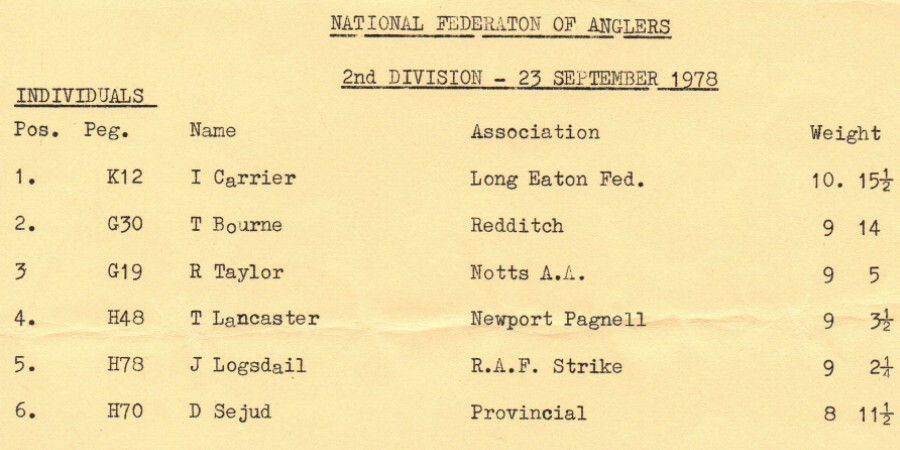 It's well over 80 years since Mrs Bert Barnes (Newark Piscatorials) and Miss Carter (CALPAC) became the first two pioneering females to participate in the national championships. North Staffordshire’s Mrs Poole fished two nationals on the bounce before the outbreak of the World War Two.

If Mrs Poole was alive today, she would doubtless be proud of Angelina Bengry’s contribution to the Stoke on Trent Angling Society’s cadet team victory at the 2021 National Celebration of Young People and Fishing.Best we can tell, it was not until 2021 on the Gloucester & Sharpness Canal that the first BAME female angler fished in a full national.

Unless you know any differently, that place in the history books belongs to the Northampton based Let's Fish coach, the one and only Suzie Galloway who represented the Let’s Fish Coaches Yellow Team. Captained by Dennis Hunt, it’s not the first time this Let’s Fish coaches team appear in the record books. For the oldest angler ever to fish a national, 89 year old Donald Peirson lined up for them in the 2019 Division 2 National on the Shropshire Union. 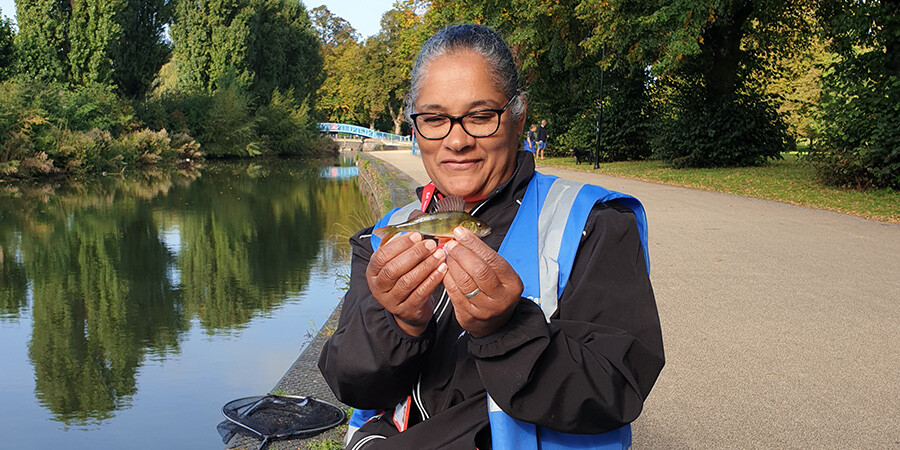 There is a strong possibility that the 2022 division two national on the Warwickshire Avon will see the first ever all female team line up. Captained by Milton Keynes stalwart Nuala Gray, an all-female team of Let's Fish coaches is being put together as we speak.

It will be the first all-female team to have participated in a senior national event, following in the footsteps of the Dawley juniors a couple of years ago when they fielded an all-girls team in the Angling Trust junior national. If you are a current or potential new female coach and would like to be part of the squad for this event, then please do get in contact with us.