What you should know about the ‘stone moroko’.

This article had been written by Gareth Davies, a non-native fish species & fish ageing expert who works for the Environment Agency (EA). Since 2005, the EA has been eradicating topmouth gudgeon, from stillwaters. We look to be on track to totally removing this invasive species from the UK, but why have we taken this action, and why is it so important?

The topmouth gudgeon (Pseudorasbora parva) is a small, innocuous looking fish but despite its diminutive size, it can cause substantial problems. They are considered to be one of the most invasive and potentially damaging fish species to invade Western Europe and have already established in a number of our waters.

Native to Eastern Asia, topmouth gudgeon were introduced to the UK in the 1980s, but it was not until 1996 that they were found in the wild. Since then, they have been recorded in over 30 lakes and ponds across England and Wales.

Once a popular aquarium fish, with vivid blue and purple colouration, they can no longer be kept legally here. Due to their invasive abilities, their import to the UK has also been banned. Because topmouth gudgeon only grow to a maximum size of around 10 cm, they can hide among native fish undetected, allowing them to be introduced to a new water with that fish consignment. During our monitoring of topmouth-invaded waters, we’ve even found them hiding away in the mouths of carp! 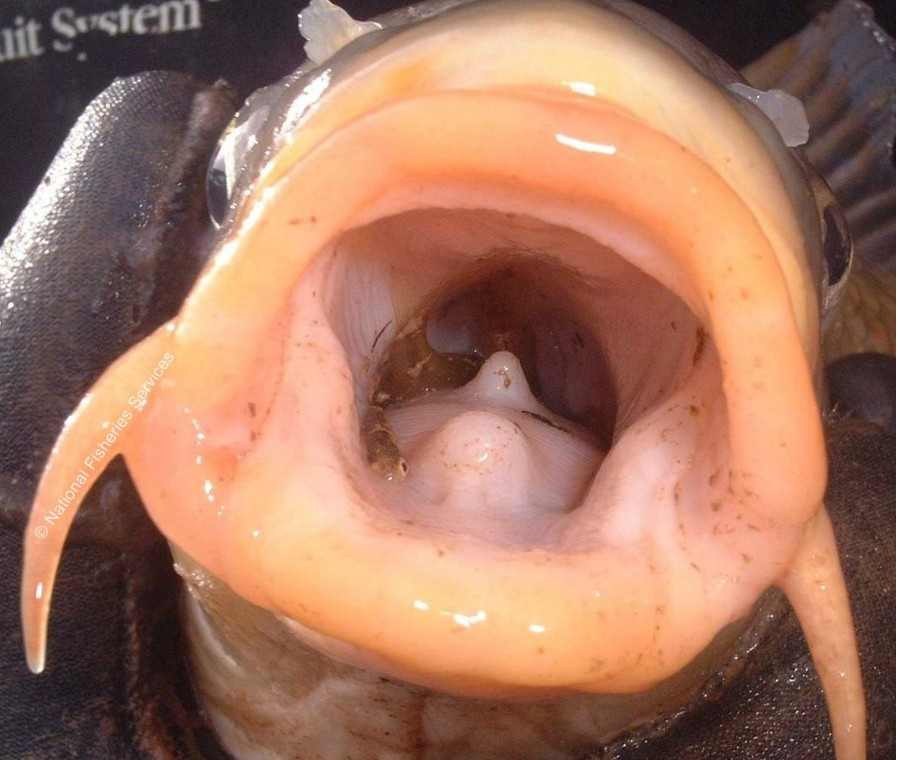 Why are topmouth gudgeon a problem?

If you were to design a ‘perfect invader’, it would share many of the attributes that topmouth gudgeon have. They are tolerant of a range of environmental conditions, able to survive temperatures from near freezing to those in excess of 25°C.

They can inhabit most freshwater environments, but tend to prefer slower flowing rivers and stillwaters. Unlike our native cyprinid fish, topmouth gudgeon show parental care during reproduction, where the male will construct a nest and tenaciously defend the eggs against would be predators. This behaviour helps protect the eggs, increasing their chances of survival.

Another trait that topmouth gudgeon exhibit is their ability to modify their growth rate according to their population density. When they first invade a waterbody, numbers are low, so they have a very fast growth rate, reaching sexual maturity after just one year! As their population expands and density increases, their growth rate slows to maintain a steady population. Because of these traits, topmouth gudgeon can rapidly colonise a new waterbody, forming very high densities in a short time. In one fishery, topmouth were found at a density of 62 fish per square metre!

Topmouth gudgeon have also been shown to directly compete for food with our native fishes. They predate upon invertebrates and zooplankton, which is also the food that our native species need, especially juvenile fish. This can lead to a depletion of resources, which limits the growth rate of native species and can even lead to recruitment failures with no juvenile fish surviving to maintain the population.

Topmouth gudgeon have also been shown to carry non-native parasites and diseases, some of which can be passed on to our native fish species. One of which is the Rosette Agent – a parasite that has caused disease in salmonids the USA. Recent studies suggest the parasite is less of a problem in the UK, but caution is always required when dealing with non-native species.

Perhaps the most dastardly trick in the topmouth armoury is that they show a form of parasitism called ‘facultative parasitism’. This is where they remove the scales from the flanks of other, larger fish and nibble the exposed flesh – all while the ‘host’ fish swims along! Aside from the direct effect of this type of parasitism, this can provide increased opportunities for bacteria to attack the open wounds, leading to infections and ulcers

They are not only a problem for our native species, they can also be a nuisance to recreational anglers. Due to them forming such large populations, it can be almost impossible to keep a bait in the water long enough to fish effectively. The topmouth gudgeon rapidly beat the native species to the angler’s bait, but are too small to catch on all but the finest standard coarse fishing tackle and provide little in the way of sport even if you do manage to hook one. This can lead to poor fishery performance, with anglers going elsewhere for their sport.

What the Environment Agency are doing about them

Normal fish-removal techniques, such as netting and electrofishing are ineffective at removing all of the topmouth gudgeon from a lake, once they’ve established a population. To eradicate these invaders, the EA uses a piscicide called Rotenone. This is a naturally occurring compound and is a fish-specific toxin, meaning it will only affect the fish within the waterbody. Prior to its application by a well-trained specialist team, the native fish species are removed from the water and held elsewhere. The rotenone degrades over time and once it has fully degraded, the native fish are re-introduced to the topmouth-free water. Rotenone does not affect fish eggs, so it is critical that the eradications are timed to occur outside of the topmouth gudgeon’s reproductive season.

Allied to this, we have developed new and novel control techniques, such as bio-manipulation and biocontrol. While these techniques may not lead to total topmouth gudgeon removal, they have been very effective in substantially reducing their population to a low level. For instance, introducing predators such as perch reduces the impact of topmouth gudgeon on the ecosystem and the likelihood of their further spread to other waters. 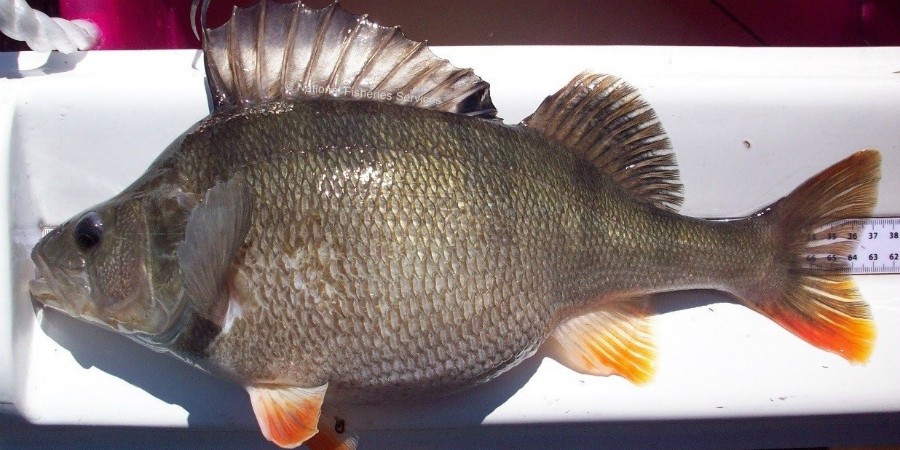 Unlike other biocontrol techniques, where a predator from the invaders’ native range is introduced, we use the native predator, perch (Figure 4). Using a native species to predate upon the topmouth gudgeon is a much safer method than introducing another non-native species, the effects of which are unpredictable and difficult to determine.

What you can do

If you find a topmouth gudgeon, or other non-native fish species, please report it to the Environment Agency on 0800 80 70 60 or non-natives@environment-agency.gov.uk.

You can also help stop the spread of invasive plants and animals by following the ‘Check, Clean, Dry’ campaign. Follow these three simple steps to avoid spreading invasive species that may be stowed away in your equipment or clothing.