Looking back at the 2021 Division One National Championships

Arriving back at the Towcester racecourse headquarters, the satisfied look on the exhausted face of local organiser Chris Howard summed it up. The worst of the doomsters had thankfully got it wrong. The day had run pretty smoothly and fishing wise, the recovering Grand Union Canal venue had performed pretty much to its maximum potential given the reality of the fish stock situation.

Winston Churchill once advised against making bold predictions, particularly those about the future. Aided and abetted by Richard Chapman, I confidently predicted that one of the two teams that would meet their demise and spend a year in division two would be the Browning Hotrods. They finished comfortably in the top half of the table. The Crewe Match Group, captained by Let's Fish! coach Simon Mottram, were attempting to do something that had not been achieved in national history by winning the Division One at the first time of asking, having won the Division Two title in the previous national. For the 48th time of asking, the feat remained elusive. Crewe did better than my 25th place finish prediction by ending up in 13th position.

Like so many teams, they had couple of single points scores and that made all of the difference for Crewe as it did for numerous other teams.  It’s a horrible feeling for the anglers on the receiving end but that is what happens in nationals. If it were easy, anyone could win them and if you are lucky, you perhaps get one chance in a lifetime to achieve that ambition. Northants Colmic had me sweating too, their 7th placed finish was around 25 places higher than I thought they would have been capable of. Perhaps James Lewis is a better angler than I give him credit for and that he should perhaps have been picked for the England junior team back in the day.

The most successful team in national history were aiming to break further records when they attempted to win the third top division national on the bounce, having previously triumphed on the River Trent in 2018 on the Aire & Calder / New Junction Canals the following year. By their own extraordinary standards, their record on narrow canals has been somewhat mixed. Some good judges, and some indifferent ones like me had even considered the possibility that Barnsley would never end up on the podium on a narrow canal national. They emphatically proved the doubters wrong, finishing runners-up and pipping the Starlet's who took bronze. It’s good to see talented all round young anglers like Josh Newman on the podium and perhaps disappointing for him that several teammates were called away before the medal presentation.

Tri-Cast Rochdale and Cadence Superteam just a point further behind, mixed emotions for both of those teams, a point or two here and there making all the difference. Having tipped Barnsley for the best part of two years not to win this national, I thought back at the HQ that I was about to eat a huge slice of humble pie. Quite frankly, I would have deserved it, for having spent a good few minutes observing the skills of Matt Godfrey and James Dent, I know those two are the real deal on all types of venues. I already make them massive favourites for the 2022 national on the Trent where they aim to emulate the great Nottinghamshire Federation of Anglers team who won four consecutive Trent nationals in the 1980s and 1990s. The big question might be which teams will end up in second and third positions next year.

In so many nationals over the years, there is always one team who slip under the radar or at least under my radar. Tommy Boyce picked Devizes out as possible contenders in his dozen national teams to watch. It proved a wise choice. The team skilfully avoided any single figures point scores working out the tactics that would score on their several visits to the fishery ahead of the big day.

Whilst Barnsley may not agree with me, it is probably a good thing for the national when a relatively unfancied team takes away the gold medals. It gives many other teams hope that with a combination of hard graft and that all important slice of luck, then anything is possible. Most anglers may only get one opportunity to be part of a winning national team and the Devizes team grabbed that opportunity with both hands. I imagine their former secretary and last NFA president Terry Fell will be celebrating at one of the many hostelries in that small Wiltshire town for many months to come.

I'm sure there will be teams regretting not putting in a little extra effort ahead of the big day. I was shocked to see the Black Country AS team finishing down  in 42nd spot.  It just goes to show that you should never be complacent in national championships for unexpected results are always around the corner. No team is ever too good to be at risk of going down. 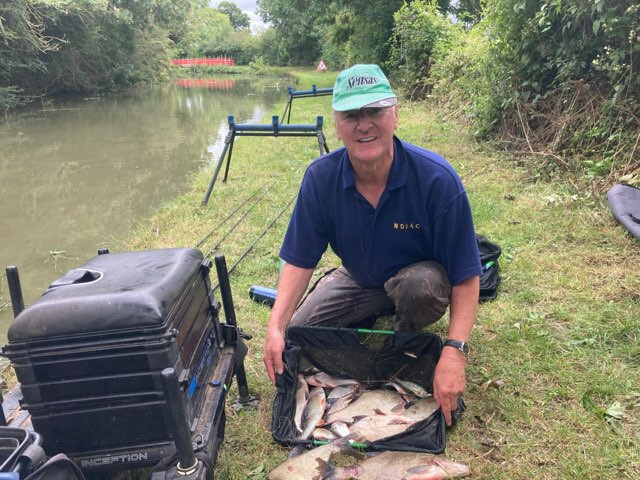 Peter Laughton’s name entered national history when he became the first competitor to have fished a national championships in seven different decades. Peters national career started back in 1969 when he tied on weight with the great Billy Lane, our first world champion. At that stage Billy was approaching the end of his national career having started out fishing nationals in 1938. Not a bad national debut you might think but as it turned out,  Peter and Billy were just two of over 400 anglers failing to trouble the scalesmen in that match on the Trent. Peter has troubled the scalesmen thousands of times since though, and still a remains a force to be reckoned with. It would not surprise me if he was still competing in nationals in 2031 or even possibly 2041.

Along with the likes of Alan Round and Brian Preece, there is a good chance that Peter could one day overtake the record of Lincoln’s Frank Butler who competed in the national championships on 53 occasions. We will almost certainly see another record broken in 2022 when an all-female team of Let's Fish coaches participate in their first national championship.

Back in March, the first round of a spring league saw getting on for a third of the field dry net. Spotting Lord Lucan wandering along the towpath minding his own business was a more likely prospect than landing a roach that day. Those who knew the venue well, had seen signs of the first sproutings of a recovery over the past couple of years. These wise judges proved to be accurate. Whilst it was a bream dominated venue and championships, some roach did show, albeit not quite enough to be able to build a reasonable point score around them.

Nevertheless, there is hope that in future both roach bags and continuing good bream bags will be possible on this venue. In the end, there was not a single blank recorded and very few anglers recorded less than a pound. At the other end of the scale the winning weights were impressive and it was thought briefly that individual champion Dave Brown could even break the narrow canal national weight record.

The First Division national would not have been the success that it turned out to be without the awesome efforts of Chris Howard and his band of trusted helpers from the Northampton Nene Angling Club. Having worked closely with Chris for more than 18 month,s he will be remembered in national history as one of the local organisers who has had the most challenges to cope with. We should perhaps  let Chris  have a bit of a rest before suggesting he volunteers to organise another national in a few years time. 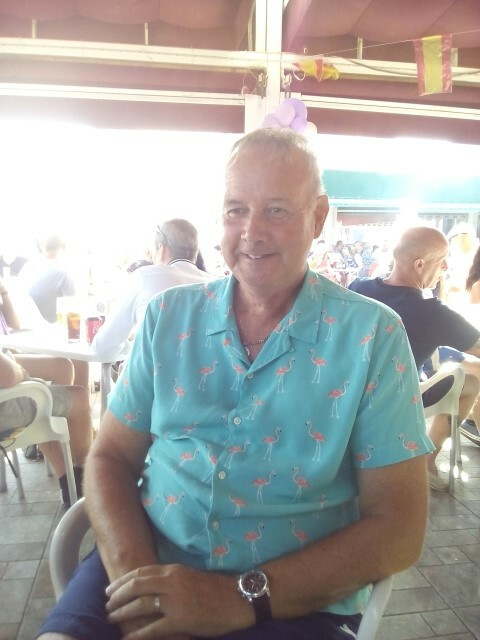 Any club who are members of Angling Trust can enter two teams of ten anglers in the national championships. Participants must be aged 16 or over on the day. For more details about how to get involved in 2022 and beyond, please contact james.lewis@anglingtrust.net.