When my son James mentioned recently he would like me to take him fishing at the start of the school summer holidays I instantly thought the usual parent response ‘Oh no, not another five-minute interest’. For some reason I stopped myself and pondered whether  this might actually be an opportunity for me to try something with him. Maybe it was something we could learn together.

After explaining to James I’d not been fishing since going with my own father when I was the same age as him, and I did not have any real experience to be able to teach him how to fish, I started to look on the internet for some ideas. It wasn’t long before I found the Canal & River Trust website and the ‘Let’s Fish!’ page.  Luckily there was a date available locally in the week I’d already booked off work and so a press of the button and the tickets were booked.

August 3rd soon arrived , and James and I travelled the short distance to Three Locks on the Grand Union Canal. We met up with Let’s Fish! coach Mark and spent the next hour both learning the basics of pole fishing. When the time was up, James looked over the moon. We had both caught several fish, which was not what we’d expected. We had a conversation with Mark, and James received his ‘My First Fish’ certificate. Mark asked if James had enjoyed the time and whether he would be interested in the possibility of  a further coaching session on the coming Saturday afternoon. James instantly said yes.

The following Saturday afternoon we met up with Mark and were introduced to the other coaches from Luton Angling Club. The afternoon flew by with James again catching several fish and listening to all the instruction very intently. When the afternoon finally came to an end, we spoke to Mark about attending the regular coaching sessions and how best to acquire the right equipment to get started.  Mark explained that James could join Luton Angling Club, and the club would lend the basic equipment until we could arrange to get our own kit.

With James now a signed-up member of the club, we continued to attend the Saturday sessions.

One week Dennis, Luton’s other Level 2 coach asked James if he would be interested in taking part in the Canal & River Trust National Celebration of Young People and Fishing. This is a national participation event for young people from the ages of 7 up to 20 in three categories; cadets, juniors  and youth. James had been fishing for just four weeks but was really excited to be asked. We had to register James on the Angling Trust website and Dennis arranged for a club team polo shirt  to be delivered to our house. 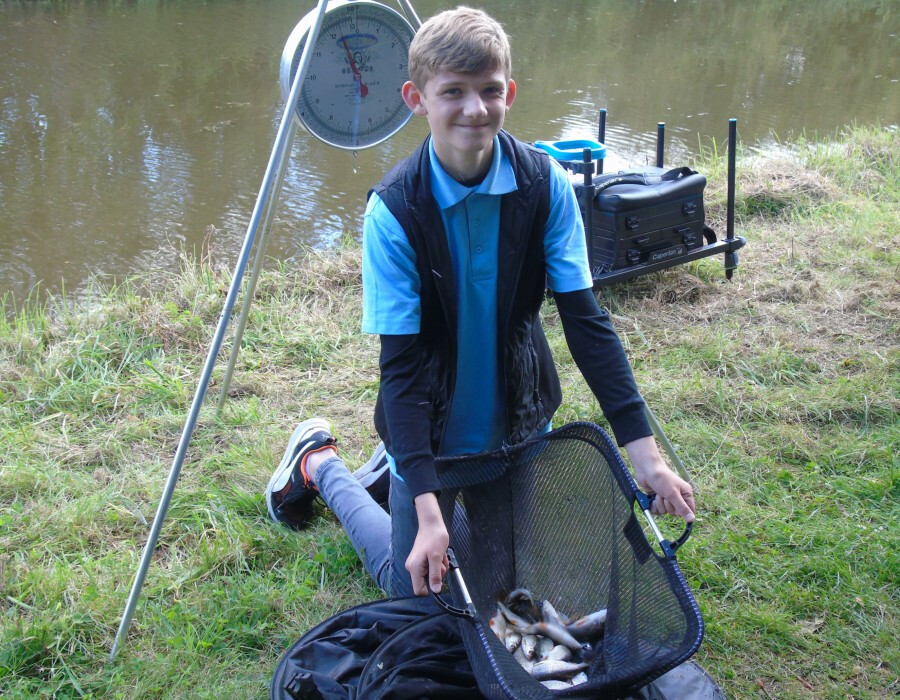 On Thursday 16th September the family sat ready, waiting for the Facebook stream of the peg draw for the match. James’s peg was drawn, No. 17. With all the information now available on emails from the organisers we were ready to go. James could not wait. Sunday morning was an early start for the family with a 2.5 hour drive from Leighton Buzzard to the West Midlands. As well as our own Luton club, there were other teams travelling from all over the country, one participant has even set off at 5 am  We arrived in plenty of time and parked up. After finding Mark who would be one of the many Lets Fish coaches at the event and getting some last-minute advice, we registered James at the event tent and made our way along the towpath to peg 17.

A diverse range of anglers

The canal looked great and there were lots of young anglers making their way to their pegs, with some already set up.  I noticed that there was a very diverse range of participants, some looked very experienced, even though they were of a young age, with others like James with relatively little equipment and experience. Everyone had parents or helpers with them, and the Let’s Fish coaches were ready to help get people settled in and ready for the start of the match.

The hour leading up to the start saw everyone checking their equipment, bait and setting up the depth of their rigs. When the ‘all in’ sounded it was an amazing sight to see poles and rods all casting at the same time into the canal.

James started and struck a bite within two minutes. It was the first fish he had caught in a match, a small but very welcome roach. James had a smile on his face and quipped ‘if I don’t get any more, I am happy I have got one fish’. That was not the end of it, over the next four hours James managed to catch around 40 small fish in total, but we had no idea of the weight.

John Ellis was walking back and forth with his trusted sidekick recording the event for the Canal & River Trust Angling Facebook page. Then he stopped to talk to James. “So this is James Oakes, one of Luton’s Luton Lock Lads” team. John asked James if he was enjoying the day, to which James responded with a shy smile and a quiet yes, thank you.

John then asked how long have you been fishing? James replied with ‘I started in August’. John then responded this August?  James confirmed yes. John then turned to the camera saying, “Wow, this lad  just started fishing in August and it’s now less than six weeks later and he is fishing in a national competition”. 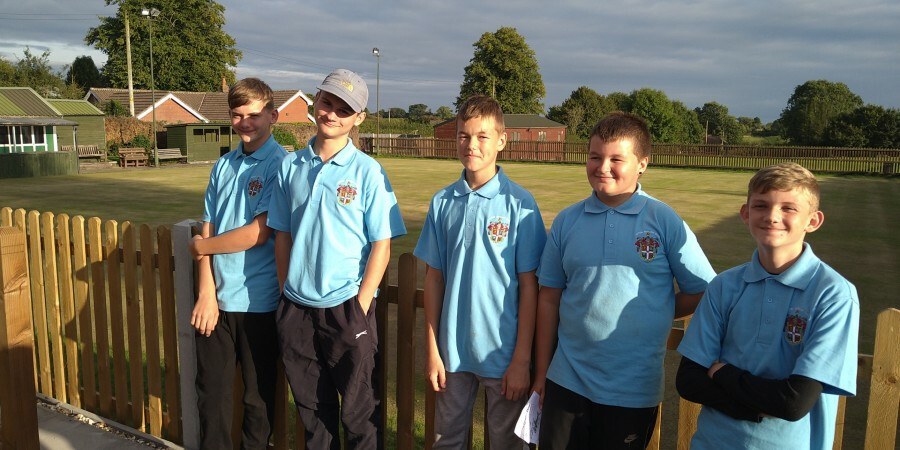 When the ‘all out’ sounded we waited until the coaches came round and took the fish out of the keepnet. They spotted there were gudgeon, perch and roach in James’s catch.  James was given a ticket for the all-important gudgeon mug and the perch badge awards.  The fish weighed in at a total of 600 grams.  With some phone calls made we packed up the gear, made our way back to the car, and then on to the local village community hall for the presentations.

The village hall was slowly filling up when we arrived. We were a little unsure of what we had to do, but it was not long before one of the coaches told James to line up to receive some freebies for taking part and not to forget to hand his two tickets in to secure his GUGGS mug and Percy Perch Pin Badge. The other free prizes were  Sensas canal groundbait, Fjuka hook bait samples and a £10 Leigh Tackle & Bait voucher.

With these in hand, we soon found the other Luton Lads and coaches and sat down to wait for the presentation. Dennis, Mark, Richard and Roger all congratulated the lads saying how well they had all done. There were three of the boys all recording the same weight of 600 grams. This equated to  joint 76/107 place and James was very happy with this first match result saying, “wow I didn’t finish last”. 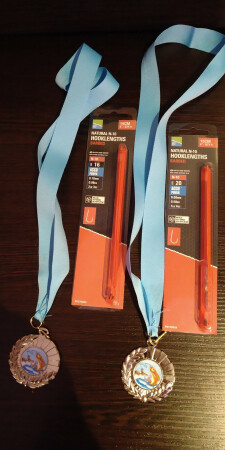 James is a shy quiet lad so with some encouragement from the coaches when his name was called, he went up to the stage to collect his medal. Watching James walk up and receive his medal was one of our proudest moments as a parents, both for myself and my wife.  With all the Luton lads collecting their medals it was also great to see how proud the coaches were of the whole team.

The team photos were taken outside, we all started to make our way home. Before we left James was asked if he had enjoyed the day, and would he take part again next year? James instantly replied 'yes, definitely'.

James has been fishing every weekend since the national celebration and has continued to learn  more from the coaches.  He has definitely found a sport which he loves and can enjoy alongside his dad, and we can learn together. He competed again in the Grand Union South junior and cadet championships in October held on the Grand Union Canal at Slapton. He recorded 1 kilo 400 grams taking second spot, another great confidence building result.

James is now looking forward to the classroom sessions the club will holding on Saturday afternoon during the winter when we will learn some more technical stuff to help us next year. Thanks to the Luton Angling club coaches, and the Let’s Fish team at Canal & River Trust for all the hard work they put in to the 2021 National Celebration event and all the other 400 plus Lets Fish coaching days.They all do a great job teaching the juniors and getting them to share your passion for the sport. We can’t wait for next years national celebration.