We have just added some information about the European sea sturgeon (Acipenser sturio) to our fish species guide. It’s a species most anglers will have heard of, although this is not the species most renowned for its caviar. For the very best caviar is sourced from the beluga sturgeon (Huso huso) a fish predominantly found in the Caspian Sea. Its eggs currently fetch around £8,000 per kg.

That the European sturgeon was a common fish in Britain in times gone by is not open to dispute. It’s recorded by Fitz-Stephen that in the early 12th century a dish of sturgeon could be readily obtained in the city of London. There was no prospect of a portion of chips to accompany the said fish. That’s because the potato didn’t arrive in Britain until well over 400 years later.

The same source also records King Stephen, the successor to Henry I (who unfortunately succumbed to a surfeit of lampreys, commanding an army of 20,000 horsemen and 60,000 foot soldiers. It was a period of great civil strife. Stephen’s London based army did not need to fast or go hungry for long. There was no need to search to find sturgeon, implying the Thames held sturgeon a-plenty. It’s not recorded how many individual fish were required to feed 80,000 troops but it would have needed to have been a very substantial quantity to feed a whole army.

We must be grateful to Fred Buller and his painstaking research into the history of medieval church wall painting for more references to sturgeon. Having travelled extensively in Ethiopia, orthodox church wall paintings are familiar to me. Never would I have contemplated they existed in the UK. Indeed, there is a church at Horley in North Oxfordshire, not that far from Clattercote and Boddington reservoirs that has a painting of a sturgeon on its walls. It’s another piece of useful evidence that sturgeon was well known, even inland as far away from the sea as the upper Cherwell catchment. 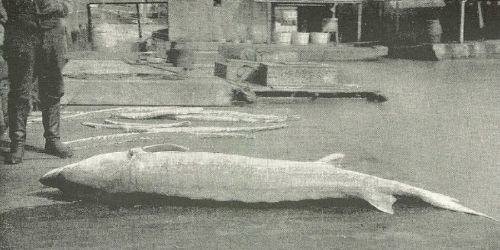 Although my personal invitation must have gone astray in the post, a reliable source informs me that crayfish was served when the future King William V married the now Duchess of Cambridge, Catherine Middleton, back in April 2011. In 1430, Henry V ordered pickled sturgeon when he betrothed another Katherine, this one being the daughter of Charles V1 of France. Henry VIII is known to have had instructions sent to an illegitimate son that on fasting days, the young six-year-old lad should be fed on a diet of fruit, cod, salmon, pike and sturgeon.

As far as we know, the de Prerogativa Regis which dates from 1324 in the reign of Edward II, has never been repealed (unless you know differently). Basically, it says that sturgeons along with dolphins, whales and porpoises are ‘royal fish’ and that, when caught, they should be offered to the monarch. At the time it first hit the statute books, it would probably have applied only to English and perhaps Welsh waters. Back then, Scotland had its own monarch and sturgeon ran its main rivers. The best place to find a Scottish sturgeon today of course is at Holyrood. Similar royal fish laws applied in both France and Spain. In 1665, Spain’s Alfonso II made a law allowing River Ebro fishermen to take fish, but any sturgeon caught were to be delivered to the royal household.

Are other species of sturgeon classified as royal fish?

The wording of de prerogative regis is unfortunately ambiguous: it says sturgeon and so, in principle, it doesn’t necessarily limit it to just the European Sturgeon (Acipenser sturio). Pedants out there do wonder whether all fish of the family Acipenseridae such as sterlets caught in the UK should therefore be offered to the Queen. As far as the Trust are concerned, we will cross that bridge as and when one ever turns up on a fish rescue. Should you happen to land a sturgeon at a fishery not owned by the Trust, we would suggest asking the owner for guidance. Best we know, it’s not legal under the Keeping and Introduction of Fish Regulations 2015 to keep any species of sturgeon in a fishery.

Distribution and method of capture

The European sturgeon is not known to have ever taken a bait in freshwater so they would have been captured by methods such as net, spears, harpoons or shot. Angler-caught river fish would have certainly been foul hooked. All the larger English rivers such as the Severn, Thames, Trent and Don held sturgeon. It is understood that Doncaster museum has a record of 90 sturgeon from the area. A visit to confirm this has been added to my lengthy ‘to do’ list.

There is some debate amongst scientists about the conservation status of the common sturgeon. It is far from common and some believe that we no longer have a breeding population.The only confirmed spawning population is in the Garonne catchment in France, but this has also steeply declined. They used to be widespread from Norway southwards to the Bay of Biscay and are a migratory fish, spawning in rivers and spending a large part of its life at sea. The introduction of impassable weirs and locks on our rivers quickly did for their survival prospects, fairing even worse than even the shad.

It is worth noting that there are 27 species of sturgeon in the world, but only Acipenser sturio was ever native to the UK. Due to their unique looks, many species, such as sterlets, diamond back sturgeon, etc, have been introduced into the UK for ornamental purposes. Some have then either escaped or been intentionally released – illegally – into the wild. Unfortunately, the European sturgeon has a high capacity to hybridise with other sturgeon species, which puts the European gene pool at risk, a further potential contributing factor towards the potential extinction of this enigmatic species. The odds are perhaps against sturgeon ever recolonising our rivers again, but I would be delighted to be proved wrong. 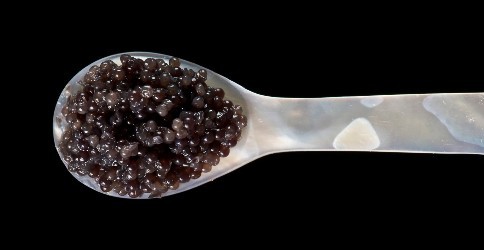