Adam Dowd - My life and times in fishing

Where it all began

I started going fishing when I was around 10 years old. I used to spend hours with a little Argos rod on the local park lake and on the canal catching mainly small perch. I soon dragged my brother along with me, and by that point our parents would only see us during the summer holidays when it was dark. Come rain or shine, we would spend all day by the water armed with a pint of maggots.

Coming from a non-angling family, nobody was there to help us, hence we use to persistently pester the other more experienced anglers we came across for tips and advice. All the fish we caught as kids were relatively tiny and the thought of catching anything bigger than a pound or so was an impossible dream. Not that it mattered one iota, for seeing the float go under was the ultimate magic at that stage in my fishing career.

My competitive side soon took over and we would pretty much always have a competition to see who could catch the most fish between our friends. Looking back, it was perhaps inevitable that I would be a match angler from an early age. Before long, my brother and I joined the Leeds Junior club and I don't think we ever missed a week untiI we turned 18.

The junior club was a brilliant place for kids to learn and looking back, it produced some brilliant anglers with a lot still plying their trade today. We were fishing with other kids of similar age every week with the coaches teaching us all the skills you needed to know. 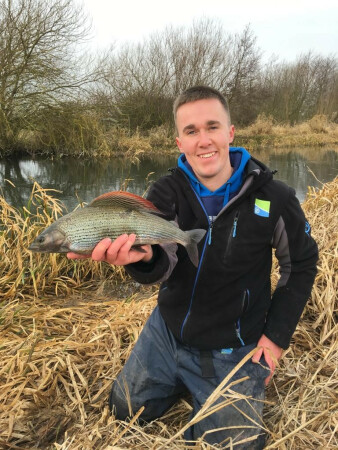 By this stage I was starting to get a bit better and regularly starting to catch decent nets of fish. Every year we travelled to the National Federation of Anglers junior nationals that were held all over the country. I even managed to pick up a major prize or two. If memory serves me right, I managed individual bronze, silver and gold along with numerous team wins at junior level, you could say that I have always been quite lucky when it comes to the draw bag, an end peg or the bream shoal never seemed to be that far away.

Regardless of whether you ambitions to be a serious competitor or not, I would advise every young person who tries fishing to take part in an event like the National Celebration of Young People and Fishing at least once in their life just to experience the unique atmosphere of that special occasion fishing with lie minded people of the same age. Participating in an event like this is something you never forget. 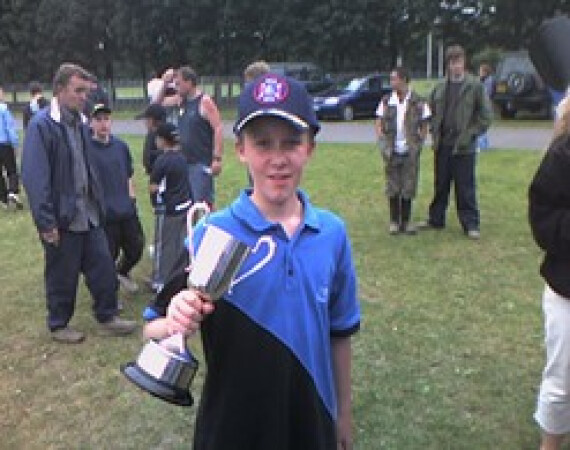 I am still as keen as ever into my fishing; and try to go as much as I can. Kayleigh my partner is big into fishing as well having won medals at international level. The majority of our weekends are taken up with fishing matches up and down the country. According to John Ellis, I'm only the second best anger in the household and it would be churlish to argue with that!

My fishing now largely consists of fishing the large canals around where I live in the north, such as the Aire and Calder Navigation, New Junction Canal, Stainforth & Keadby Canal along with others. Doubtless John will urge me to further improve my skills on narrow canals and qualify for big events such as the canal pairs final in future years. The matches I participate in on the wide Yorkshire navigations all have big attendances and there are plenty of fish to catch. I think my best weight on the canal over the past few years was 98lb of bream (I did say I am quite good in the draw bag).

I still participate in the Angling Trust nationals every year but mainly in the CRT work team due to commitments elsewhere when the Division 1 national is on. Our aim is to do respectable and have some fun with other work colleagues at the Trust, oh and beat the Angling Trust Team now they want to challenge us.

I do have a dabble in the warmer months at some specimen fishing, but match fishing is where my heart lies, although it is nice to catch a fish from time to time which gives you a real pull back. 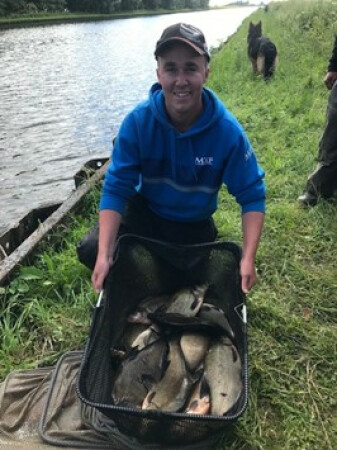 I am now happy to say I am the newest member of the Trust’s Fisheries & Angling team based in the north, covering both our north east and north west regions.  I am looking forward to getting stuck into the role, along with the inevitable challenges involved.

I have been at the Trust (before that British Waterways) in various roles since 2010, initially starting off as a volunteer in the Environment Team followed by a spell in craft licencing. More recently, I have been involved in the supervision and management of vegetation management contracts on the canals and reservoirs in the North and Midlands. During that time I have worked alongside quite a few angling clubs across the region.

Hopefully some of you may already know me and I look forward to working with you all again in the future. Should you need to contact me regarding a work related matter, my email contact address is adam.dowd@canalrivertrust.org.uk.