Almost two thirds of households near our waterways are disadvantaged. Support our community projects along canals and rivers.

Read how children and young people, who face social challenges in their lives, are finding peace and wellbeing thanks to our Let's Fish campaign. Our team down at Caen HIll on the Kennet & Avon Canal pick up the story.

“You do see some amazing changes in people when out in the natural environment. We find that when people take up an outside activity such as angling they often undergo a massive personal journey. For young people that suffer from low self-esteem or low confidence it’s a chance to try a new activity, learn new skills and make new friends in a safe positive environment.” 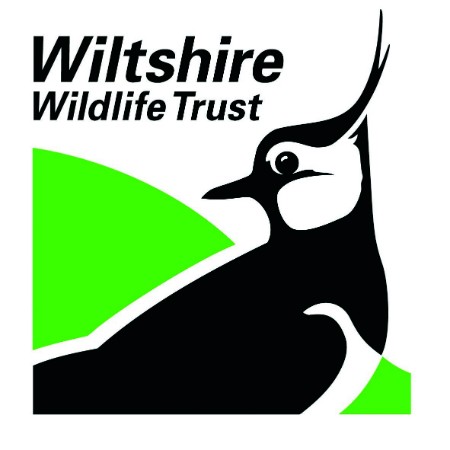 Angling, it would seem, is good for you on many levels. Angling clubs are working with the Canal & River Trust to get people hooked on the hobby, encouraging them to make use of the canal to boost their wellbeing.

Our Let’s Fish camapign covers England and Wales and is supported by both local angling clubs and the Angling Trust. Throughout the summer it is offering free taster events where adults as well as children can try their hand at fishing, overseen by qualified coaches.

John Ellis, our national fisheries and angling manager, who's responsible for looking after the Trust's £40 million worth of fish stocks, says: "The Kennet & Avon Canal is nationally the richest canal in terms of weight of fish per acre. Possibly because it’s in the south and therefore slightly warmer, which makes it more productive."

Danny Williamson, secretary of the Devizes Angling Association, backs this up. He says one reason the K&A is so good for angling is that it is broad enough to allow fish to avoid boats. "There’s not many other places you can catch a 50lb bag of bream, and carp weighing up to 30lb can also be hooked here."

A passionate angler himself, John says: "Focussing on fish and your float pushes all your other worries out of your mind, bringing you calmness. Learning new skills and making progress boosts your confidence and sense of worth. And you are in the company of others who all share the same interest."

Rachel works with WWT’s Milestones Project under the umbrella of Our Bright Futures, linking youth with the environment.

The project is running outdoor activities with the charity SPLASH through the holidays, prioritising young people facing challenges. They could be autistic, young carers, have ADHD or be in foster care for example.

She says that fishing takes them away from issues at home or in school/friendship groups. The fact that angling coaches provide loads of positive support is particularly heartening as they might not receive that level of attention at home. Often, sitting alongside someone and chatting about the activity, proves less intense and more enjoyable than normal conversation.

Thomas, aged 15 from Melksham, says: "It’s good that I’m making friends and talking to people and it’s better than being inside on my Xbox. As a family we don’t do much together, so this is something different for me."

Sam, aged 17 and also from Melksham and an ambassador for Youth in Acton Wiltshire, adds: "You can see the kids are relaxed in what they are doing – it takes them away from whatever is stressing them at home, which is great for their wellbeing."

Fishing builds resilience in young people. They all want to catch something, and then something even bigger, so they keep trying. Jago, aged 10 from Devizes, pulled out 10 skimmers (small bream), a tench and roach. He bubbled with enthusiasm saying: “I’ve never fished before but will definitely carry on. I like being outdoors a lot. The best bit is learning how to reel them in.”

Danny finds it just as rewarding to see a five-year-old catch their first fish as training a youngster to get into the Under 18 England team, something he also does as head coach for the Talent Pathway, Severn region.

Danny and Jago at Let's Fish!

"It’s a relatively cheap and fully inclusive sport. You can get the basic equipment to start fishing for under £50. People with disabilities and learning difficulties can fish. Young people with ADHD, who get bored and physically restless, can change. Sit them on a box with a fishing rod and somehow, they settle down.

"We work with young offenders too. Fishing increases their social skills and provides them with an alternative to anti-social behaviour, while also making them aware of wildlife and the environment."

Helping to support the next generation of anglers

Between 2012 and 2017 the number of young people fishing has halved, so it’s important that clubs do attract young members for the sport’s long-term survival.

It’s also important for the Trust, which gains an income in licence fees from the 250 clubs on the canal network. Equally important, their members act as eyes and ears on the towpaths, watching for instances of pollution, crime and low water levels. Some get involved in local volunteer groups to help with controlling vegetation. Their efforts are worth £1.6 million to us in man hours.

But in the end – it’s all about the fishing

There are over 30 species of fish on the canals and once hooked they are all returned unharmed. Graham, from Reading, thought it would be a brilliant way to spend time with his son, Will, aged 12, Will was thrilled with his haul of five bream, six roach and some perch. “I’ve never tried it before and didn’t think I’d catch as much as I did. It felt good – exciting.”

As we walked away we could hear Bertie, seven, from Beechingstoke, who had caught a 3.5lb bream, say: "Can we catch another big one Dad?" A day he will surely remember.

The oldest fishing club agreement found on the Kennet & Avon Canal is dated 1878. It is between the Great Western Railway Company and Joseph Smith of the Newbury Angling Association granting fishing rights from Enbourne to Aldermaston Lock.

Devizes Angling Association was established in 1893. It controls about 15 miles of coarse angling on the Kennet and Avon Canal from Ladies Bridge 120 near Honeystreet to Semington, and a privately-owned lake. For more information see the Devizes AA website.

Find a free Let's Fish! event near you

Martin Salter fishes on the Kennet & Avon Canal near Reading. Read his story