The not so Great Ouse 1979 national

How Barnsley Blacks won the title averaging less than 1lb per man. This blog is brought to you by Jim Baxter, a key member of that winning team.

Ivan Marks, England International, Leicester Amalgamated skipper and leading matchman of his generation, foretold in Angling Times of a shambolic match when two Anglian rivers were in such bad form that the UK’s finest anglers would struggle to catch eels and little else.

I’m referring to the 1979 Div. 1 National Championship, half of which was pegged on the River Cam and the rest of the 960 pegs on the gin clear Great Ouse. Ivan’s prediction was right on the money. The NFA had previously got criticism for the dismal Welland National in 1974, when a late September date saw a cold start, tap water clarity and scores of dry nets. The Ouse/Cam match, held early for a national in July would bring fresh complaints but mostly in hindsight. Only three clubs put pen to paper to heed Ivan’s concerns prior to the event.

But ‘every dark cloud has a silver lining’ goes the saying and, disappointing as the fishing was that day, this match led to a first National win for the emerging top Yorkshire team, Barnsley Blacks. I was a Sheffield ‘import’ in the squad, having fished previously for them on the Welland and Bristol Avon, but to say we rode our luck on the big day is an understatement.

Firstly, we were less experienced than the team we pipped to the title; Trent aces ‘Notts Fed’ alias Nottingham and District Federation. A third of our team aside - Dick Clegg, Denis White and his understudy Tom Pickering (skipper), and a young but very experienced John Allerton, the rest of us were younger than most of the Notts Fed team that emerged as our main rivals. On the big day they drew 10 pegs away in each 80 peg section. We only compensated a little for this in terms of enthusiasm.

To my relief, the draw put me in Section ‘C‘ on the Cam where at least I had hopes of catching a silver fish. The great Johnny Moult was my main section rival - a man with scores of open victories to his name on all kinds of water. I was just turned 29 and starting to score well on the River Witham and elsewhere but was a mere rookie in comparison. As it turned out Johnny took 4th and 77 points in the 80-peg section with 3-7 of eels on a feeder; I had to settle for 1-8-4 of mini roach for 51 points caught on stick float and pinkie on a 26 hook no less! Moulty thrashed me by 26 points, and in turn his team took a 32-point lead over us on the six Cam sections.

But on the Ouse we managed to tip the balance back our way, but only just, helped by a fair slice of lady luck. Not only did John Smiles and John Allerton win adjacent sections ‘G’ and ‘H’ with 1-10-8 and 1-10-0 respectively from hardly any bites (Ally or Smiley, not sure which, had mainly one big eel of the type we used to say had ears!), the emerging teenage talent Alan Scotthorne chipped in with a 4th in ‘M’ section. This was only young Alan’s third national championship appearance having kicked off his national career in 1977 picking up an impressive 76 points on the River Welland on that occasion. It was the sign of things to come but who could have imagined that between 1996 and 2007 Alan would go on to triumph in the world championships no fewer than five times. 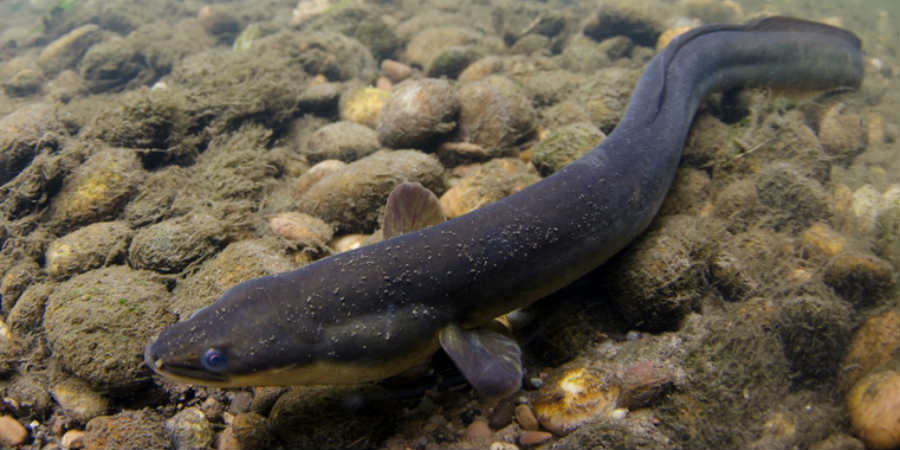 But unknown to most outside our group, the clincher for me was our secret weapon in ‘L’ in the shape of John no. 3, John Claydon. John always enjoyed a laugh and a joke with his sport, but was most tenacious when it came to scratching a few ounces from a grim peg, in fact he relished it. With an hour left he was staring down the barrel of a dry net, but, unlike Tommy in ‘K’ who never had a bite, he had one on the pole with 45 minutes to go and netted a bootlace eel for a vital 63 points.

What made the day extra special was the presentation when the team result was announced in reverse order, starting at no. 10. Totting up our points we knew we had enough to make the top 10, but our name had not been declared up to third, so we were guaranteed a medal. After a long pause, the MC announced: ‘In bronze medal position on 678 points… Izaak Walton Preston (to cheers all round), another pause as the tension grew… ‘and taking silver on 698… Nottingham and District’.

Now it was rapidly sinking in that we had actually won it, but could never have dreamed of doing so by such a narrow 2-point margin! Within seconds we were all jumping in the air and high-fiving etc. That was my best thrill in many years of team fishing.

Angling Times reported that 352 anglers, over a third of the field dry-netted in one of the worst Nationals ever, including Col Perry, Nottingham’s one dry net also from the dreaded K or killer section. It only took 11lb 8oz to win the individual title for Mick Cullen of Oxford.

Numbers of dead fish were spotted on sections of the Cam and some were removed for examination. The NFA’s Gerald Rollinson said that the Eastern Region had offered up the venue because they believed it was good enough and there was not one single request for a change made to the Federation. Twelve months later Notts Fed won the National and set a record points score in the process on their home river with John Dean and Johnny Moult leading the way and it was to be as late as 1995 before Barnsley were able to repeat their national success.

Read all about it

The story of this and other dramatic national championship matches held from 1906 right through to 2018 have now been compiled into one fascinating book by Leicester 'Likely Lad' team member John Essex.