“You might not recognise Dave”, said Let’s Fish coach Simon Mottram when he set up our meeting at Dave’s favourite eatery in downtown Cannock. Motty was spot on.

Dave, who appears in many folk’s lists of top ever canal anglers, had shed more than a few pounds since our last peg to peg battle at Dave’s favourite venue, Soudley, back in the 1990s. What I wanted to know was whether Dave, arguably the top UK canal bloodworm and joker angler ever and now approaching 60, had lost any of his wit and angling knowhow.

Dave started his working career down the local pit, Littleton Colliery located on Cannock Chase where he was employed for seven years. 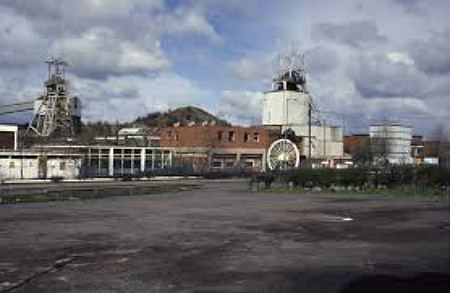 It was a world of hard slog, darkness, dampness, mice galore and amongst the long-term colliers, the sadness of black lungs (pneumoconiosis) caused by long term exposure to coal dust. It’s little wonder than Dave looked forward to breathing the clean air of his local West Midlands waterways at every opportunity. The pit eventually closed in December 1993.

Three-year old Dave made his angling debut sharing space with tackle on his Dad’s pushbike on route to the Hednesford AA controlled Rugeley pools. Using his recently acquired telescopic rod from the local pet shop, Dave quickly landed a hungry perch. His early mentor was Ted Upton who first started to teach Dave some of the important fishing skills. Dave recalls Ted’s love of yellow Kestrel groundbait. Aged 12, Dave competed for the first time in a National Coal Board junior match landing 1lb 12oz on yellow maggot and waggler, finishing runner up. It was the start of things to come.

As well as the local Trent & Mersey Canal, one of the first canal venue that Dave match fished regularly was the Broomhill AC section of the Staffordshire & Worcestershire Canal at Gailey. Water quality wasn’t what it is today, probably due to discharge from Coven Heath Sewage Treatment Works. Two metre whips targeting gudgeon and stone loach were the framing tactics.

Dave once won a match with an estimated 1500 sticklebacks totalling 1lb 12oz. It’s unlikely that anyone has ever weighed in more of these spiny-creatures in one match in British match-fishing history. (Unless you know differently).

Dave made his Division 2 national debut back in 1984 on the London canals. The North Staffs squad also included Phil Briscoe, Neil Dale, Peter Plant and Ivor Everitt, the latter who tragically passed away when his pole touched overhead powerlines on the Shropshire Union Canal.

Another Cannock legend Simon Nickless was in the side too; before long Dave and Simon were traveling together representing the Coventry Safeweight team strongly fancied to win the 1986 Division One national on the Oxford Canal. That match was eventually won by Tony Keeling’s Olympic Izaak Walton Stafford team who had just avoided relation in the 1985 Division One event on the Leeds & Liverpool Canal.

Dave moved to fish for Stafford for a while under Tony Keeling’s leadership but before long, Mark Downes spotted Dave’s genius, signing him up to add further strengthen to the Starlets squad. Dave never picked up a team gold in a national but did win silver with Starlets in the 1991 national on the Trent & Mersey Canal, pipped by Silstar Izaak Walton Preston. Pete Hargreaves won the individual crown, more on that later. Following his spell at Starlets, Dave moved to the Shakespeare Superteam before finally linking up with JTE Wolves.

Dave is still fishing now but not at the very highest open level for a combination of eyesight, stomach ulcers and various worn out bones hinders his fishing ability. Mind you, I think he’d still easily destroy a quality field if he drew on them. Maybe just maybe, some wise team manager will sign him up for a surprise top level return in the upcoming 2019 Division Two national on Dave’s beloved Shropshire Union Canal.

Matchman of the Year

You don’t gain the reputation as a great angler with a lucky win or two or even being a one season wonder. For half a dozen seasons, Dave finished outside of the top three in this season long competition only once. He experienced the ultimate glory triumphing with 47 points in 1990/91 and finished runner up three times. In the era with few matches on commercials, commentators can put a case for the Dave Harrell, John Dean, Billy Makin, Dave Vincent, Dickie Carr, Mark Pollard or Berrows (as he is often known, but there is no s in his surname) being the most consistent performer of that era.

By the late 1980s, Dave’s consistent performances on the thriving and fiercely competitive canal circuit caught the attention of England manager Dick Clegg. Dave was far more than a specialist cutman. He was handy on the Trent, wining his section in the 500 peg Fish Aid match on the venue pegged near to Cleggy. Dave lined up in the England home international team on four occasions, winning or being runner up in his section each time, bagging up with nearly 40lbs of bream at Edgbaston reservoir on one occasion.

Other matches were on the Forth & Clyde canal, Strathclyde lake and Holme Pierrepont. Dave also fished the European Supercup here and performed creditably against the world’s best. Many a good judge expected Dave to represent England in the 1994 World championships. Fate can be cruel sometimes. By and large, the fish did a disappearing act and the need to be a master of the slider float came into play. Dave did play a part in Bob Nudd’s victory though, supplying him with top quality bloodworm and joker for the occasion.

Dave is arguably best known as a bloodworm and joker expert although there was and remains far more to his fishing repertoire than that. His dedication to the sport shone through when he recalls the thousands of hours spent collecting both baits in freezing conditions. He recognised that first class bait gave him an edge and what is wrong with that? If some anglers put in more effort, then don’t they deserve more success? For a while Dave ventured across the channel on regular bloodworm runs. Adequate supplies were not always available and Dave found it uncomfortable having to let customers down.

After a brief period of relying on income as full time professional angler, Dave went to work for Harry Moulton and Eric Marsh, sponsors of the great Mohmar team, residing in an on-site caravan for good measure. I guess you get used to the aroma?  Dave was not a great fan of the squatt fly as it would often bite through his delicate skin. At the peak, Dave was delivering 400 gallons of big maggots per week just to Mal Storey and thousands of gallons of bait a week in between competing in numerous matches traveling with Harry’s son Ian Moulton. They even teamed up and produced a Matchwinners video filmed on the Shropshire Union Canal.

The 1991 Division One National was famously won by Pete Hargreaves, another big canal fishing star of that era. Drawing a noted carp peg downstream of Fradley Locks, Pete was not geared up for such potential monsters. Demonstrating his generous nature, without hesitation, Dave leant Pete some top kits with the appropriate heavy elastic. For two hours or so, Pete, who representing Alrewas, stuck to team plans. Once enough points were in the bag he switched to the tight far bank swim. First put in, he hooked and landed a carp. The big fella was still shaking like a leaf when that first carp was quickly followed by a second specimen. The individual title and Pete’s place in the annals of angling history was secure. For good measure, Pete had placed a substantial bet with bookie Bill Knott and repaid Dave with 10% of his winnings.

With a glint in his eye, Dave announced he was a big zander fan. A trifle surprised and pondering whether it would be a worthwhile exercise to try to explore the science behind Phil Smith’s doctoral thesis, Dave then added they were his favourite tasting freshwater fish.

He’d first encountered them on the plate in Sweden when competing in the Embassy pairs final alongside Fozzie Moulton. Dave’s fear, it’s one widely shared, is their impact on small fish on turbid boated narrow canals.

Dave’s an advocate of Trust work to prevent further zander spread as well as our Let’s Fish campaign aimed at introducing the next generation to canal fishing. Who knows, our campaign may even unearth the next Dave Berrow. Who better to nurture such a rising star than Dave’s close friend, Jason Cunningham who’s just enrolled for his level one angling coaching training.

The great man’s showing signs of mellowing, being conscious of potentially upsetting the several anglers he pondered including in his final picks, before finally plumping for the following choices:

He didn’t say it, but I got the feeling that he if he had to choose just one angler as the best ever, it would have been Ian Moulton. Dave’s too modest to have included himself in the team but surely, he should be there?

Who would you leave out to accommodate the great man in this team?