Tales of a carp farmer

John Paton shares his story: At Fishers Pond, we have been in the business of growing and selling fish for over 30 years and during that time much has changed.

Twenty or 30 years ago a carp of 10lbs was considered a big fish. Nowadays there is high demand for fish of 20lbs and upwards and individual carp of 30lbs plus command a high price.

Common carp were believed to have been introduced to England, probably from the low countries, in the mid to late 14th Century. They are mentioned in royal kitchen accounts of this period as well as in the first fishing book written according to most authorities in around 1420. Fishers Pond was believed to have been originally constructed for the Bishop of Winchester’s demand for a supply of fish, especially for the winter months and fasting days. So it’s likely that carp have been cultivated here for hundreds of years. 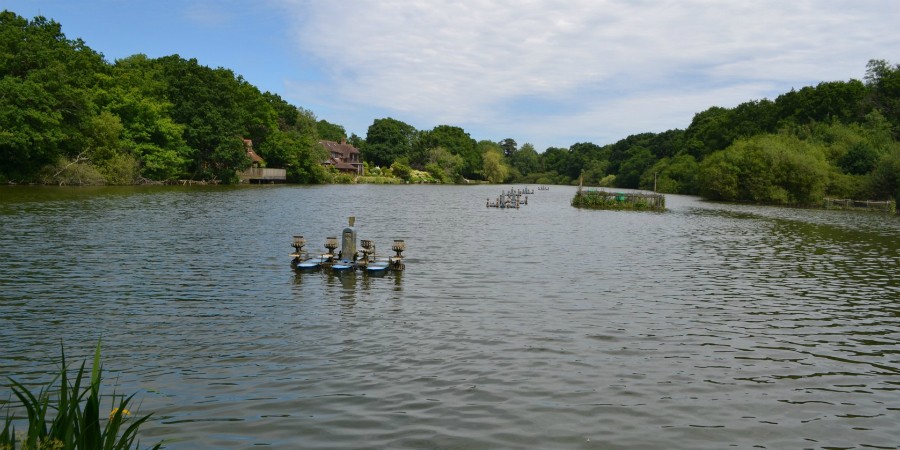 At Fishers Pond, the harvest period gets underway in autumn. As soon as the temperatures begin to fall and the fish growth slows, we sample the fish in all of the ponds by netting. We do this to check the growth and condition of the stock. Samples of live fish are sent off to the fish pathologist for close examination; both internally and externally. This process is known as a health check.

A thorough report is written describing the condition of each fish, including what parasites it may have and how many. A copy of the pathology report is sent to the Environment Agency before any fish can be moved to a customers’ fishery. Once the water temperature has dropped to around 10°C, harvesting proper can begin. Hopefully, most of the fish to be sold each winter have already been ordered in advance and it is my job to successfully deliver these fish to customers located in every corner of the country.

Not only do I think it important to meet as many customers as possible in person, but meeting these people is the greatest pleasure of the day job. By and large, I find anglers to be the nicest bunch of men and women one could hope to meet. They are, of course, excited at the arrival of their new expensive investment, but they are also friendly, interested, appreciative, amusing and willing to muck in.

Fortunately, I enjoy driving and during the winter I drive to every part of the country delivering fish. Everywhere I go is different. Everywhere I go is beautiful. I consider myself lucky indeed to get to see so many parts of this lovely nation of ours.

Some years ago, a friend of mine, who was working on a trout farm, was asked to make a delivery of trout to a fishing club which had ordered fish to re-stock their stretch of a river in the West Country.

A meeting place had been arranged at a bridge where the road crossed the river. Never having delivered to this club before, my friend arrived at the bridge in good time and there, leaning against the parapet, were two chaps who were obviously fishermen. My friend parked up and introduced himself and the two fishermen explained that they wanted the fish stocked a few here and a few there, spread out along the stretch. This is common practice when stocking trout into rivers. 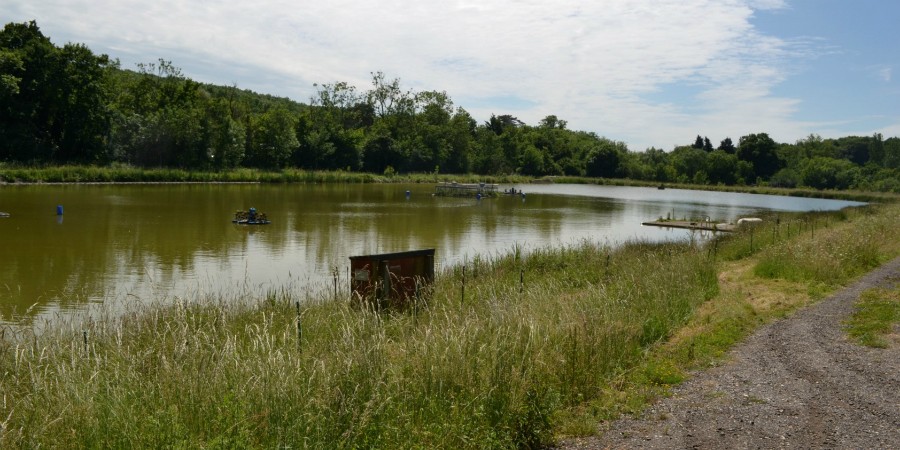 Since my friend did not know this bit of the river the two anglers jumped into their car and my friend followed with the tank of trout. Eventually all the trout were stocked into multiple spots where the road was near to the river. The fishermen signed the delivery note and, it being late, my friend headed for home. As he crossed the meeting place bridge he waved at the two anglers leaning against the parapet. When my friend got back to the farm the manager explained that he had two angry club members on the phone wanting to know why my friend had driven past them as they awaited delivery.

The two anglers who had signed the ticket were from a rival club on a different stretch who had seized the opportunity to stock their own fishery at the expense of their neighbours.

Many years ago, I delivered some carp to a gravel pit in Oxfordshire. Many of the club members were present and they were all very friendly and helpful. Once all the fish had been weighed into the water and the paperwork was completed, I took off my waders and prepared to leave. I was about to drive away when I realised that the tank lid was not properly closed. I stopped the truck and climbed into the back to close the lid. One club member said to another “You must get a photo of this”. He duly produced a camera and took photos of me closing the lid to much hilarity. Only when I sat back into the cab did the cold seat tell me that my old trousers had split right across the back side. Only then did I realise, to my great embarrassment, why they were so keen to get that photo. Despite several requests from John Ellis, no picture of the incident has yet surfaced.

Ivor Campbell and the Flying Scoop

Talking of John Ellis, I have known him now for over 30 years as like me, he is something of a veteran. We have worked on many reservoir fishery projects over the years, stocking the likes of Drayton, Gailey Upper, Butterley, Boddington and Clattercote plus various canals following pollution incidents.

Many years ago, the controlling club at Clattercote, Banbury & DAA had a head bailiff by the name of Ivor Campbell. We needed to feed the fish to enhance their growth rate and I delivered special feeding scoops along with the necessary pellets to Ivor and the evening bailiff, a legend by the name of George England. Carefully instructing Ivor on the art of feeding, my final words were ‘Ivor, whatever happens, do not let go of that scoop’. Alas, with the very first scoopful, the scoop escaped Ivor’s grasp and there was an almighty splash concurrent with phrases loudly uttered by Ivor that you would be unlikely to find in the bible.

We hope this article have aroused your interest. You can find out much more about our work and the fish we sell on our website.