Some young people turn up to a Let’s Fish! event and they have a certain something about them. They are not just simply interested. You can just tell by their demeanour that they are commitment. John Ellis met Sam Hardman at the Perdiswell IWA national rally, and somehow sensed he had not seen the last of the young fellow. This is Sam’s fishing story courtesy of his Dad, and now fishing chauffeur.

Sam was first attracted to fishing when we went on a family holiday to Turkey. We went sea fishing. He caught a few fish and was really intrigued. It had lit a spark in Sam. We are lucky that we live directly next to the Worcester & Birmingham canal, for it’s like having a football stadium on your doorstep, open 365 days a year to anyone who wants to fish. I didn’t realise it until recently, but eight million people live within an easy walking distance (1000 metres) of a canal. We sometimes went to watch the match fishing events going on and the final weigh in.

There was a Canal & River Trust Let’s Fish! coaching session advertised on the August bank holiday Saturday which we wanted to attend. When we went to book on, it was fully subscribed. With nothing to lose, we turned up early and asked to be considered for any spare slots that came available. Sensing Sam’s enthusiasm, John Ellis managed to find Sam a spare slot.

Sam really loved that fishing session, his main coach being the inspirational young(ish) Barry Wilkinson. Barry passed on a lot of basic knowledge in that all important first hour. I eventually realised that John had slotted Sam into Barry’s lunch break! Several different species of fish were landed and a few bites inevitably missed. Buzzing with excitement, that very afternoon we went to the local tackle shop and bought some kit out of Sam’s own money. 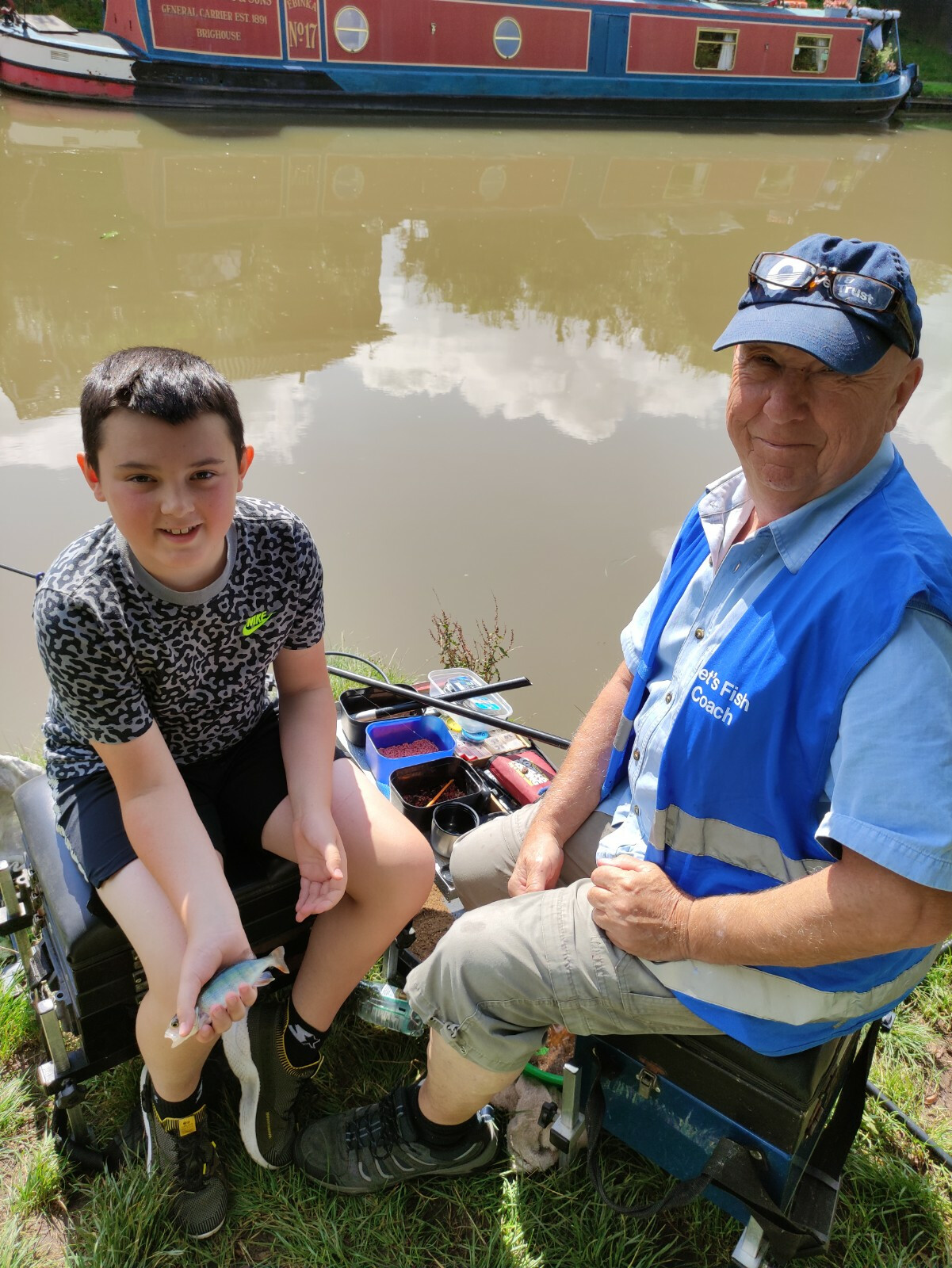 Going back on his own and Catch of the Month winner

Within 48 hours and having hardly slept, Sam had caught a significant amount of decent sized perch on the canal and had also managed to land a new species (to us anyway) a chub. This won Sam the Canal & River Trust young people’s catch of the month competition for August and with it, a colmic take apart pole. He was really chuffed with this prize and also for the fact his achievement was mentioned in a Canal & River Trust newsletter. The prize also included a complimentary entry into the National Celebration of young people and fishing event, something we had never even heard of at the time. Quite frankly, we were unsure whether it could possibly be suitable for someone with just a few day’s fishing experience under his belt.

Putting that very question to John Ellis, it turned out there was a Let’s Fish! development day with the Ramsbottom junior anglers coming up the following Sunday on the event venue. The younger attendees were being coached by Simon Mottram. John arranged with the club lead coach, Dave Marshall to make sure it was OK for Sam to come along as a guest. We could decide after that whether to take up the celebration ticket.

There was a small army of kids from that dynamic club present as well as another young lad, Spencer Bednall attending as another invited guest. Sam really did find this development day immensely beneficial. Lots of top tips were shared which he took on board and adapted into his own fishing style. Sam loved meeting Motty and the whole experience gave him belief in his own fishing ability. He caught a reasonable number of fish and also know what he needed to improve on so he could hopefully catch even more come the big day.

Our mind was made up. The national celebration of young people and fishing was to be Sam’s debut into the ‘big time’. On the morning of the big day, we awoke bright and early. Now, it’s never a bad thing being early for an important occasion, but it was eerily quiet when we arrived at the venue with barely a car or other angler in site.

Something was awry. We had arrived precisely seven days ahead of time! Sam’s prize pole was at Motty’s abode awaiting elastication. Amazingly, it must have been one of the very few Sundays since the age of nine when Simon wasn’t competing on a match. So we dashed over to Telford and watched Motty elasticate the pole with number three elastic (not too tight being the motto, for setting the elastic too tight is an all too common mistake we were told).

Simon also gave Sam some kit entirely free of charge. He also advised it would be useful preparation to watch the video be had filmed in order to help participants catch a few fish and win their gudgeon mug etc. It turned out to be packed full of useful hints and tips. We were really delighted for Motty when not long later he won the Canal Pairs title with Simon Preece.

Seven days later, Sam did make his debut into the ‘big time’ at peg number 115. We had no idea just how ‘big time’, for it turned out he was part of the largest junior fishing event gathering in the UK since 2009. That’s a real credit to the hard work of dozens of Let’s Fish! coaches for on the day the majority of the participants seemed to be relative newcomers just like us with a smattering of more experienced guys and gals.

The event was really well organised with ample off road parking and plenty of directional signage. What I also appreciated was that there was lots of help at hand for a new fisherman like Sam from the Let’s Fish! technical coaches. Sam really enjoyed the whole day and ended up well in in the top half in joint 43rd position weighing in over a kilo of fish and recording exactly the same weight as Prince Albert and later Let’s Fish! English junior girls team captain, Jodie Deacon. 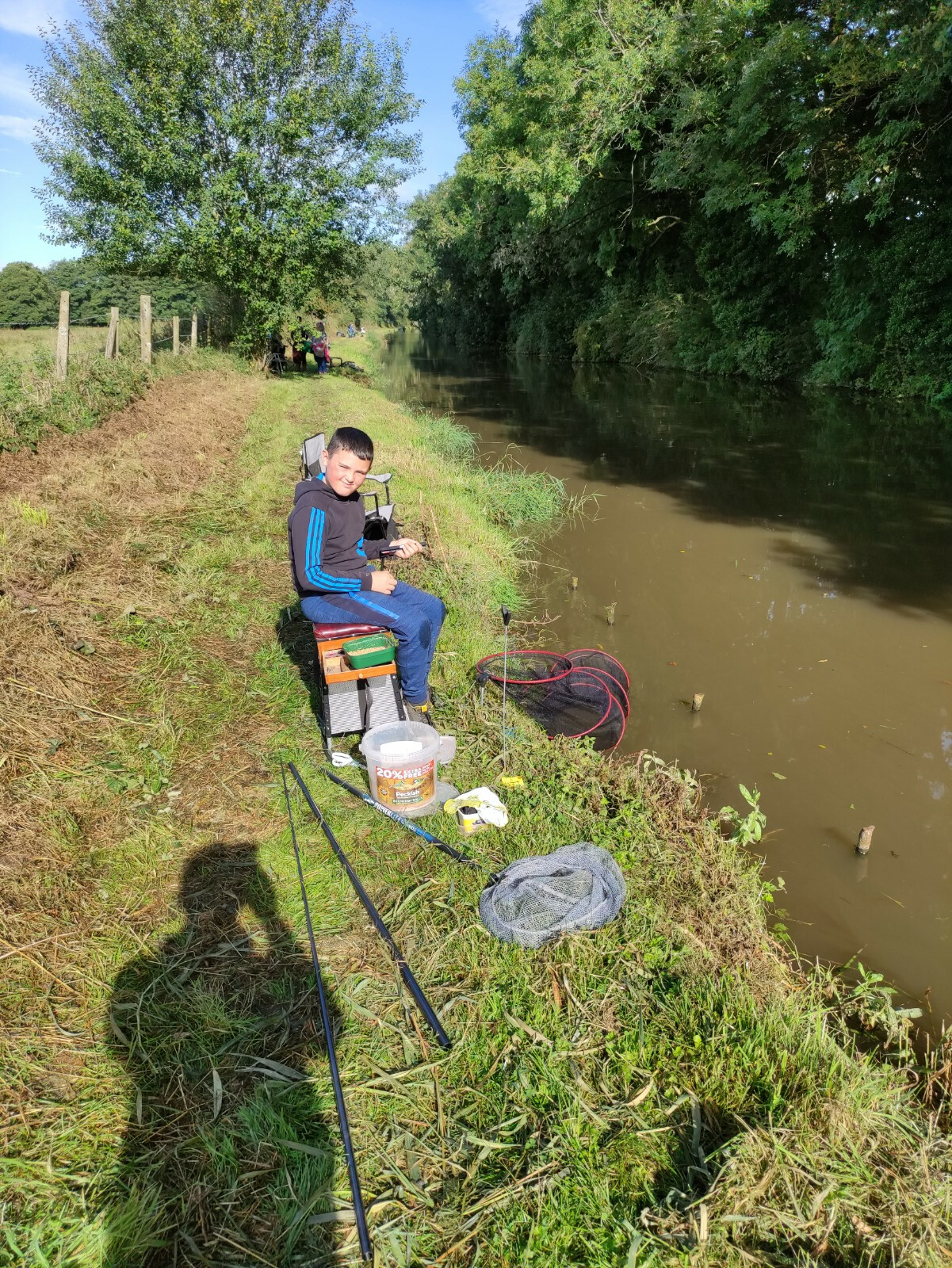 Spencer Bednall also did himself proud. Having caught only a few grams in 2020, he managed over 700 grams this time around. We also liked the idea that everyone received a similar sort of prize and certificate regardless of whether they finished in first place or in 101st place.

I think Sam might be a warm weather fisherman, for as I compose this article, the temperature is hovering around the freezing mark. We have not ventured out on the canal for a fishing trip yet this year. There’s plenty of time though and I’ve just noticed on the Canal & River Trust website that the Let’s Fish! programme introductory events do not really kick off until the Easter holidays. I am sure when the weather warms up, we will be out on the canal every week. 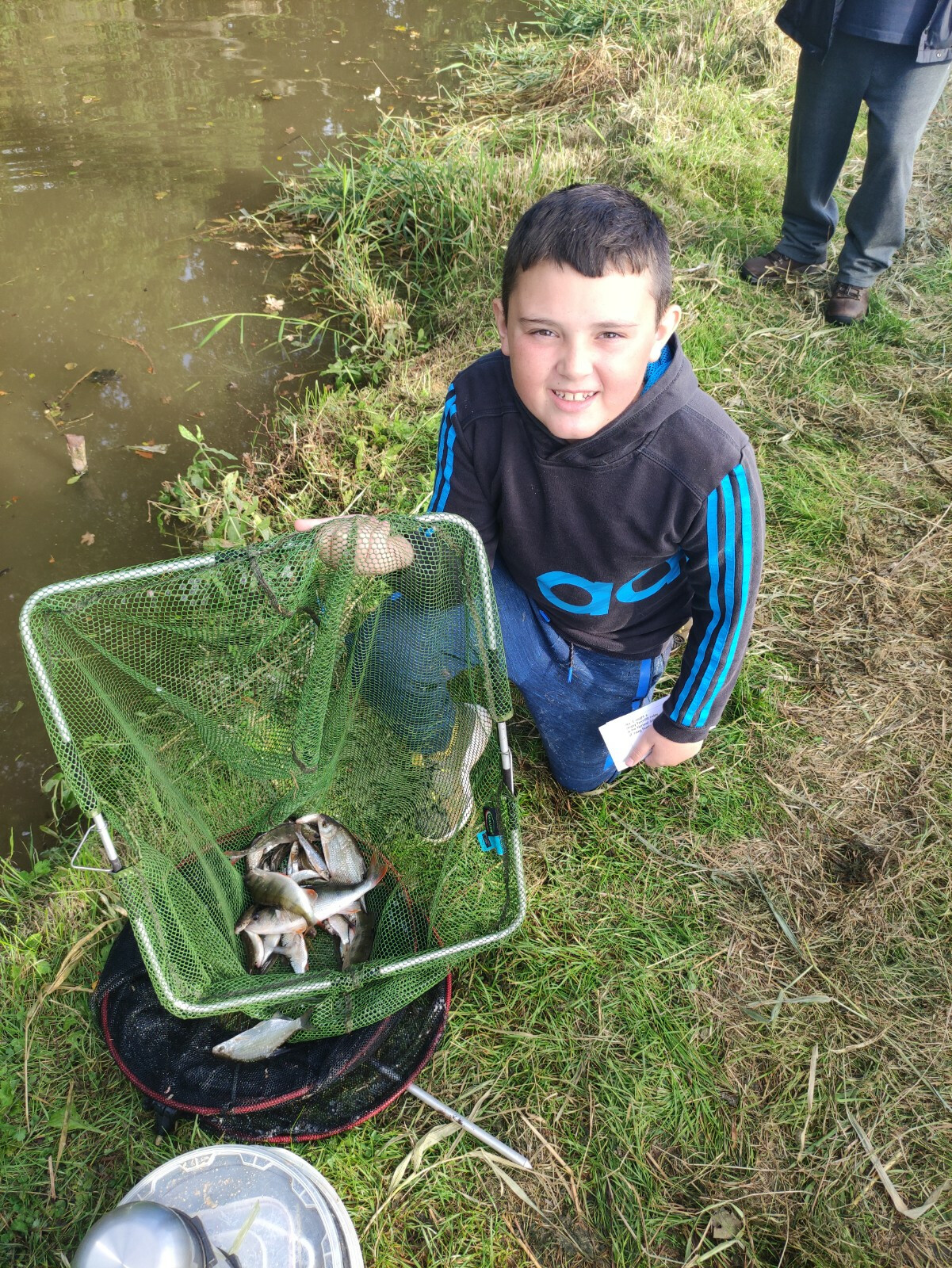 Sam now has a decent seat box and two really good poles alongside rigs etc, so he is really set up for some great fishing this year. There are several regional Let’s Fish! Commonwealth Games related events taking place in the West Midlands as well as the national celebration of young people and fishing.

The junior event will be held on Sunday 18 September in that beautiful Shropshire countryside where apparently the sun always shines. If it doesn’t, you will have to blame John Ellis. It’s amazing to think Sam had been an angler for just four weeks when he took part in a national celebration. We see absolutely no reason why others should not do likewise in their very first year of fishing too.