Harry Lodge – memories of a life in fishing

It’s just been announced that the subject of this article has just been awarded the British Empire Medal for his services to angling. We caught up with Harry – pictured on the right.

Young Harry first picked up a rod aged 11. His uncle, a resident of Lincoln, sent him a starter kit comprising of a wooden reel, silk line, a short rod, 2 porcupine quills and a packet of size 12 hooks tied to gut, not nylon. Harry laughed out loud as he recalled those hooks being the size of anchors. Blissfully unaware of the inadequacy of his equipment, the excited young fellow was soon off to his local Half Moon Lake in Wakefield. Fortunately, there was one resident perch in that fishery that was suicidal enough to allow itself to be captured. Thanks to that greedy stripy predator, Harry has spent much of the subsequent seventy plus years involved in fisheries related activities in some shape or form.

They say that timing is everything and in the 1949/50 season Wakefield Angling Club established a junior section. Harry was in the very first tranche of ten juniors allowed to sign up that season. Later, aged 23, Harry was first elected onto the committee, which back then was an absolute honour. Apart from his two years of national service and six years when he worked away from home, he has remained part of the club’s management structure in some shape or form for over 50 years. He was club chairman for 35 years and has been president for the past six years. When Harry took over as Chairman, the club had 150 members and £200 in total assets. Now the club has around 1,000 members and around £250,000 in assets.

At its peak the Wakefield club had an incredible 700 junior members. The club was active in the coaching arena and has a long and proud record of junior national success. The club has been something of a breeding ground for top anglers, some of whom moved to match orientated clubs like Barnsley, Goldthorpe and Ossett. The 1995 Fish O Mania champion, Andrew Jennings, is just one example of the product of the Wakefield junior system. Harry continues to work with fellow anglers to this day.

Harry’s first national was in 1972. The previous year had seen the last of the All England single division matches. Harry’s team, Wakefield, started life in division two in the 1972 event. He believes he missed competing just twice until 2011. He represented Wakefield on all but two of these occasions, guesting for Donald Pierson’s Thornhill team on a couple of occasions. Sadly, Harry has no national medal to show (yet) for his years of angling endeavours. In 1982, Harry drew next to Dave Roper on Somerset’s Kings Sedgemoor drain, scene of Dave Burr’s memorable 1965 triumph. Alan Mayer won the match with 21 lbs 13 oz and Harry ended up thirteenth in the match and second in his section. Medals were awarded to section winners, top twelve individuals and the first three teams. To make matters worse, Harry played a huge pike for an hour as they counted in those days. Sadly, he lost that fish and with it a possible national win or at very least a coveted medal. The saddest moment in his national years was the disqualification of team mate Richard Sully in the Great Ouse Relief Channel National. Richard had snared two decent eels and as he awaited the scales-men he placed the eels in water in his groundbait mixing bucket and laid his keepnet out to dry. Unbeknown to Richard, this early example of check, clean and dry was against NFA rules and the stewards disqualified Richard, who was so distraught that he never went fishing again. 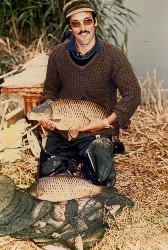 Recalling the 1975 Division One National

Harry vividly recalls the 1975 Division One Nene National which was famously won by the Birmingham team featuring a young Max Winters, amongst a host of great stars. On that frosty morning Harry drew in the same section as John Essex and like so many, had the impression that John won the match. In fact, John finished third by famously landing, amongst many other fish, two carp – a truly remarkable feat at that time.

Rotherham’s Mike Hoad-Reddick won the match with a bag of bream, ahead of Tony Bielderman, Stockport, with a young Steve Gardener grabbing fourth spot. In practice, Wakefield had emptied the venue on hemp and tares and quietly fancied their chances. Alas, the frost scuppered the team’s tactics and they ended up as also rans.

Like a good wine, Harry’s angling ability seems to have blossomed with age. He has fished numerous veteran’s nationals. He achieved third place on the Grand Union Canal at Milton Keynes and fifth spot on another canal national, this time on the Leeds Liverpool Canal. Additionally, he has won his section on several occasions and I would not bet against him eventually winning one of these nationals.

Harry recalls with fondness qualifying for various overseas match fishing finals. At one event in Ireland in the early 1970s Ivan Marks had a fiver bet with Harry about what the winning weight would be. Harry took Ivan’s money, which he promptly spent on a hat that later made a famous appearance in the Woodbine Challenge Grand Final of 1973, where Harry famously netted a 7 lb bream as part of a 50 lb plus haul from Denmark’s River Guden. For lovers of match fishing nostalgia, this video is a must watch. Harry played a leading role in the running of the 1982 world championships, the subject of a future blog. 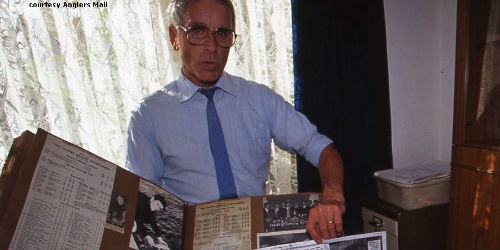 Harry first encountered Ray Mumford at nationals in the early 1970s. It was at the NFA annual conference in the early 1980s that a proposal was put forward whereby the England team manager should be appointed by the competitions committee, chaired by Harry. The incumbent Stan Smith refused to re-apply, thus ruling himself out of contention. On the short list for interview was Ken Aske, Graham Joynt, Dennis Salmon, along with successful candidate Dick Clegg. Dick started his successful reign in 1984. Ray Mumford had sent off his CV fully expecting not only to be interviewed but to be a ‘shoe in’ to secure the job. Alas, much to Ray’s chagrin, the appointments committee did not agree. To put it mildly, Ray was not best pleased. If Harry had been on Ray’s Christmas card list before then, he certainly wasn’t afterwards. 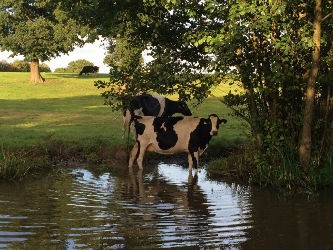 Ray Mumford and the Irish Cow

Harry also recalls an occasion in Ireland on the Kings of the Colebrook match. During the period between pegging out and the anglers arriving at their pegs, a cow had sadly breathed its last. It’s final resting place was at the water’s edge on the very peg drawn by none other than the immaculately dressed Mr Mumford. Ray quickly developed a theory that this had to be the work of the IRA. He got it into his head that the recently deceased beast contained a hidden bomb set to go off at some stage during the contest. Ray immediately demanded a redraw to which the organisers, after a brief consultation, happily obliged.

At the end of the match, just before the prize presentation, in a classic example of Irish humour at its finest, the organiser reported on the day’s events. He announced that at the draw, a recently deceased Irish cow had lodged a formal complaint. The bovine corpse felt it totally unreasonable to have to spend the first few hours of its afterlife in the company of Ray Mumford. To appease the unfortunate beast, the organisers had made the decision to allow Ray to have a redraw. Upon hearing this explanation, the crowd roared with laughter. Ray’s response is best not recorded but can easily be imagined.