This article is brought to you, courtesy of Jason Webb of the National Anguilla Club.

Anguilla anguilla, the only European freshwater eel species, has a mixed reputation amongst the angling community. Most anglers first encounter with one is usually an unwanted coming together; a meeting resulting in a wriggling ball of tangled knotted slimy line with an angry eel in the middle of it being wrestled with. A memorable event which brings home the meaning of the saying ‘as slippery as an eel’.

For others though, Anguilla invokes tales of huge eels ‘as thick as an arm’ seen or glimpsed from bygone fishing memories on the bank. Tales and sights that drive the imagination and push some anglers into the pursuit of these mysterious, elusive creatures.

Here at the National Anguilla Club (NAC) eels are a life-long passion. The NAC has a long and illustrious history, being founded in 1962 by eight eel anglers who initially set the group up to study the European eel and share their findings. The group conducted studies and research into many aspects of the European eel from their age, habitat, feeding habits and of course the best methods known at the time on how to catch them.

Reports were shared amongst the group on a monthly basis, and in the early years there were only a handful of members. Membership slowly grew and today, 60 years on, the club has become the longest running single species group in the UK, dedicated to eel angling and promoting eel welfare.

The club’s membership has flourished with over 150 members currently, attracting interest from many types of fishermen from the curious to the specimen hunter and those that have a lifelong passion of eels and eel angling.

These truly wild fish have an incredible life journey. Hatched in the depths of the Sargasso Sea on the western side of the Atlantic, they drift on ocean currents for two to three years before reaching European shores.

They are known as glass eels by this stage in their life cycle and turn to elvers as they make their way up estuaries, rivers and through our canal systems which they use as routes to navigate further inland.

Some stay in the canal systems, while others may venture on to find suitable habitat in adjacent stillwaters. On damp, wet nights they can move between waters travelling over wet land in search of sanctuary. 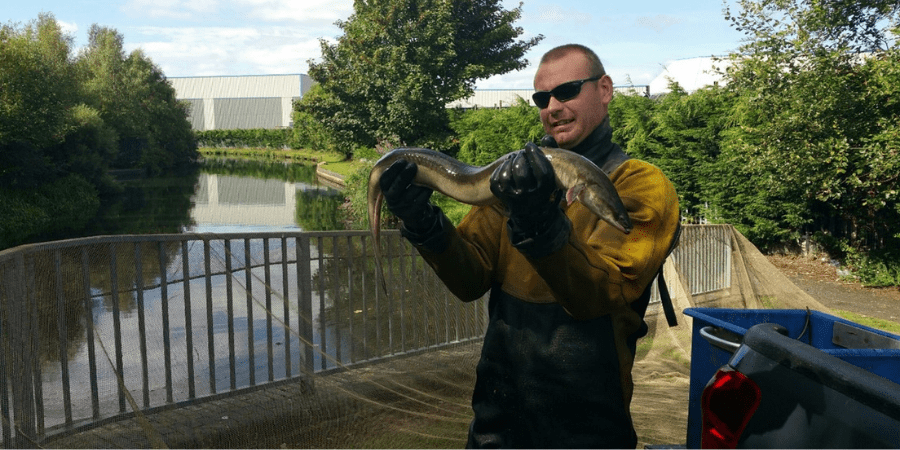 As a rule of thumb, eels are slow growing creatures and typically grow by 1lb in weight every 10 years. This growth rate can accelerate in rich waters full of invertebrates and with an abundant food supply.

Over a 15-year period they start to turn yellow and then typically after 20 years turn silver as their inherent inner urge takes over, and they prepare for the epic return trip, migrating 4000 miles back across the Atlantic, back to the Sargasso Sea where they mate and die to restart the cycle.

Decline of the eel

Back in the 1970s and 80s, eels appeared to be far more abundant and multiple catches of five or six pound eels caught in one session were frequently reported. But by the late 1990s a dramatic decline was noted in the returning glass eel population and by 2008 their numbers had declined by over 90% putting them into the critically endangered species category.

This is still the case and although there have been promising signs of recovery in recent years the time lag between glass eels arriving and migrating back means the data is still being collected and monitored, so they remain on the IUCN critically endangered species list.

Any eel caught must be returned alive and not injured or killed, either for food or bait. Both are banned and this is not only a criminal offence resulting in a heavy fine but immoral on so many levels for such a special critically endangered species.

Their decline in numbers has mainly been contributed to several factors such as shifts in oceanic currents, which were critical to their migratory route and subsequent survival. However, the exploitation of glass eel harvesting before tighter regulations were implemented meant huge numbers were taken for export in order to feed the insatiable appetite of the far eastern markets.

Thankfully, this is better controlled now, but a complete ban has been petitioned for. Man-made impassable barriers on some rivers and waterways along with destroyed habitat and predation have caused more localised declines in certain areas of the UK. Fish passes or ladders have been built in recent years to help the eel on its migration, and these are very helpful measures to assist the eel in its challenging life cycle.

As anglers, we also have a very important role to play in doing our best to fish responsibly and contribute to fish welfare, especially if we target eels. The eel’s main artery is in its throat, and should it swallow the hook, there is a very high risk of it rupturing the artery and the eel will bleed to death slowly.

In order to prevent the eel swallowing the hook, modern safe eel fishing methods are adopted. These safe methods have been promoted through the NAC ‘Lip Hook your eels’ campaign and our dedicated eel rig page.

They are based on two methods, ‘Semi fixed short hook link’ or the ‘BM Twig Rig’ which uses a small stiff tube on the trace as a ‘twig’. Both are highly effective at lip hooking eels and reducing the risk of ever deep-hooking an eel. 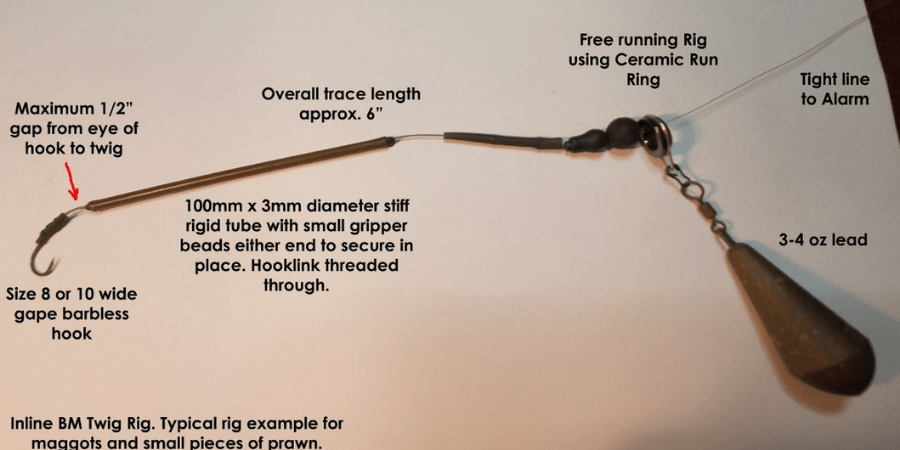 Smaller baits are more commonly used these days, and they are fished on a tight line to a sensitive bite indicator to provide much better bite detection.

It has been discovered that the once revered JS rig was very ineffective at lip hooking eels because with such a long hook length it allowed the eel far too much time and free movement to swallow a bait without it registering a bite. So, this method is completely outdated in today’s modern specimen eel angling.

What to do if you deep-hook an eel

If you do catch an eel by accident and inadvertently the hook is out of sight, then the best course of action is to cut the line as close to the eel’s mouth as possible. Do not attempt to poke around in its throat trying to remove the hook, as this could prove fatal to the eel.

Any eel over 4lbs is classed as a good specimen and knowing that an eel of this size could be in the region of 40 years old having already travelled thousands of miles to reach us then we surely owe these remarkable fish the respect they deserve by fishing responsibly for them, so they can continue unharmed on their extraordinary life journey.

More information is available on the National Anguilla Club website.