Do you have to be a big-name team to get big results?

Here, in another long-read article, Kye Jerrom, one of our national angling advisory group members and member of the Browning UK Hotrods discusses his team’s history, the highs and why the ‘Division 1’ remains the biggest and most important event in their team calendar.

Our fisheries must have hosted more national fishing events than any other fishery owner. The Trent,  Gloucester & Sharpness Canal and Shropshire Union Canal have all made excellent national venues.

In the last two decades interest in nationals has dwindled. Back in the early 1990s there were six divisions with up to 90 teams. Now there are just two. In the past couple of years, evidence suggests that there has been something of a resurgence in hunger to take part in these natural water events with around 44 teams believed to have registered for the 2019 Division Two, the highest for the best part of a decade. But do you have to be a Drennan Barnsley or a Daiwa Dorking to compete? My Browning Hotrods side has been competing in Division 1 Nationals for decades, finishing in the top 10 almost every year. Could we even statistically be the most consistent team out there?

Some great anglers – The brilliantly talented Amer Jawad fished for Hotrods during the mid-90's heydays.

Founded in 1986, ‘Team Triton’ was the brain child of Anthony Watling senior, Andy Leathers and Lindsey Naylor; local anglers fishing near Cambridge in the East of England. It’s a part of the country that has always produced a decent quality of angler, perhaps that’s no surprise with the Great Ouse, Cam and Fenland drain system dissecting the county. The team soon evolved and became very competitive; a quick name change in 1992 and Hotrods were born. Primarily a silver fish team we have diversified over the years into commercials, bloodworm and joker matches, and the Irish Waterways Festival and White Acres festival circuit too.

We're a small squad of just 16. We have a core of youth talent, some very good all-round anglers and even some of the first generation Hotrods from the 90's heydays like Steve Welford, Colin Oakman and Andy Leathers. We’ve also benefited over the years from the likes of Amer Jawad, Will Freeman, the Vincent Brothers, Anthony Watling Jnr and Lee Kerry. Young Lee took two years to break into the team but didn’t look back. So Hotrods has had its fair share of great anglers, and we continue to produce them now. 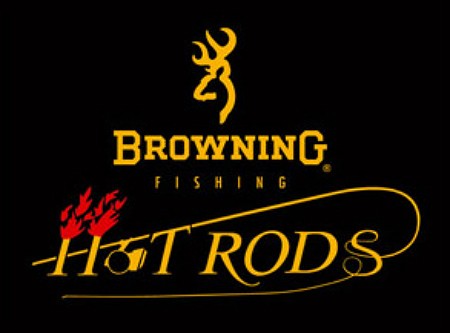 Valuable partnership: We owe a lot to a long and very successful relationship with tackle brand Browning.

The importance of team sponsorship

Hotrods have always been a very successful team and our big break came in 1995 when we gained sponsorship from BrowningUK. A change of team colours and our team was to change forever. Very few people realise, but we have one of the longest sponsorship affiliations in angling history - nearly 30 years. Perhaps Bob Nudd is the one of very few that can beat it. The fact that Browning have these longstanding relationships is testament to their loyalty, which is very rare in the sponsorship world. Having a sponsor helps in many ways including access to the best gear. In my view, Browning have produced the best poles since Terry Freeman started importing the Spiral Titanium from Belgium.

These days the Sphere range is some of the best kit in the world.  Occasionally we get to develop tackle, our favourite being the 11’ Sphere Hotrod Waggler Silver edition, designed for the light waggler fishing we have perfected on the Fenland drains. We’ve also had the opportunity to fish throughout Europe with our wider Browning Family in the UK, Bavaria, Holland and Denmark, where we were winners of the 2015 and 2016 Danish Cup. It’s easy to take relationships like this for granted, but that’s not the way it works. You only get out what you put in. Without a helpful and supportive sponsor, we would have struggled to achieve what we have, and we are always thankful for that. 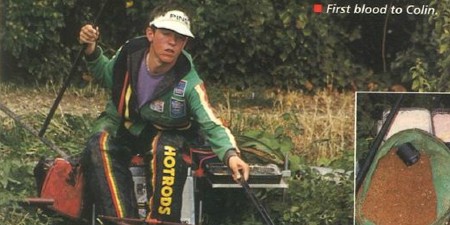 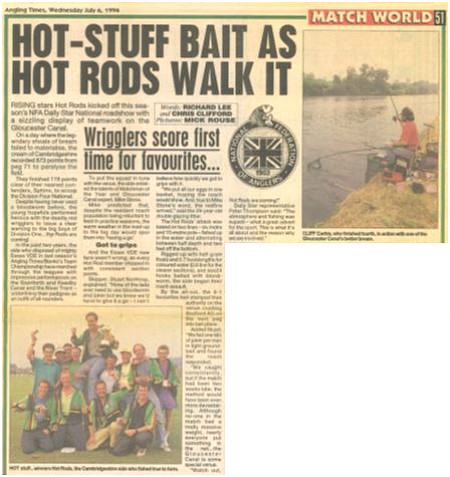 The team soon acquired the name ‘giant killers’, beating the mighty Essex County week in week out in the Cambridge Winter league – no mean feat given the star-studded team Peter Clapperton would field against a group of best mates from Cambridgeshire. There was also the record breaking Division 4 National win on the Gloucester canal in 1994 – just 119 points clear of second! (Although the highest is 160 points by Notts Fed in 1980.) Browning Hotrods were the first team to gain successive promotion from Division 6 through to Division 1 in the NFA National Championships and results like this really put the team on a pedestal. Looking back, it wasn’t just the raw talent, but the team player mentality that made the difference.

It remains the same today; the group of mates in their twenties who were as good on a snooker table and dart board as they were on the river bank kept that ethic, and that’s why we still punch pretty high today. The team we’ve grown into are still a group of friends; we share knowledge, we have no prima donnas, we work harder than any other team to get tactics right, we feed everyone with what they need to know, and keep in touch with the venues we fish. This is the essence of our approach to a national too and is why we can quickly get up to speed on a new venue and compete with the best on it. 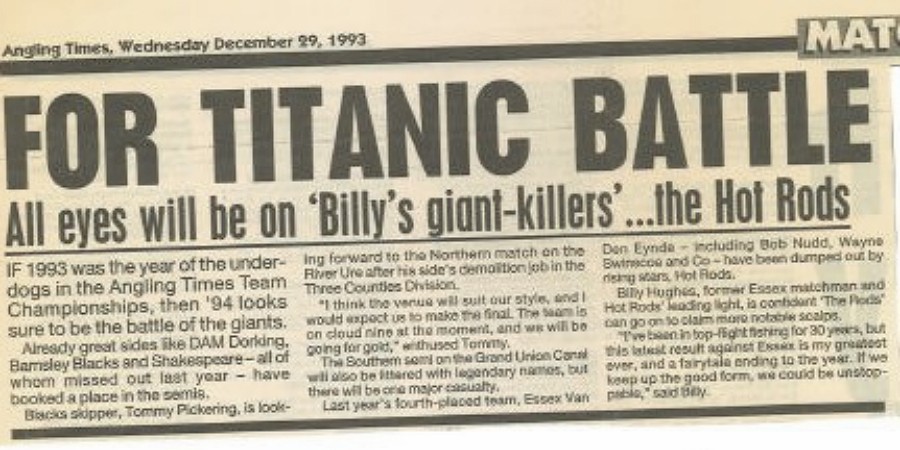 Hotrods quickly made a name for themselves in the 1990s as they rose to fame.

Tim Nash – The Legend. Few anglers had the ability to draw a peg like Tim. The photo on the left is him winning the second day of the World Club Champs qualifier on the Newark Dyke in 2014, he won the first day too and captained the team to an excellent 2nd. A Hotrod hero.

Times have changed, and the once 20-mile radius covered by the team - from St Neots to Cambridge - has expanded to 200 miles spreading from Canvey Island to Sheffield. Team meetings have, in the main, been swapped for WhatsApp messaging, and we’ve learned that it’s as good to have a hungry good angler as a lazy excellent one. We’ve never had professional or named anglers, until earlier this year when we welcomed our new man Dynamite Baits Rob Perkins. The biggest influence in our team, Tim Nash, who was our captain for over a decade, sadly passed away in 2017 and rocked our little outfit. Steve Welford now heads up the team leading by example, supported by everyone else with commitment, effort and a love for proper team fishing.

In recent years our success has grown, and we are now recognised by many as one of the best teams in the country. We won the Division 2 National on the Trent in 2009 and in 2010 we came second in the Angling Times Winter League Final. In 2011 we were runners up in the Angling Trust Competitions European Qualifying match at Newark Dyke (Tim Nash won both days). More recently, in 2019 we came fourth in the Angling Trust Winter League final on our beloved Fenland drains and local commercial Decoy Lakes. We are now preparing for the Sensas Challenge Final in France, having qualified on the Gloucester Canal in March. Individually we've had anglers competing in the Dynamite Baits Canal Pairs, Fish O’Mania, Maver Match, Parkdean Festival, River-Fest and Feeder Masters events. Our Ireland regulars are some of the best in the festivals over there, with numerous festival winners such as the legend that is Andy Leathers.

Barnsley and Dorking have won more team gold’s, three each, in the last 10 years than any other teams, but if a small club can average a top 10 placing almost every year since the 1990s and enjoy those events shouldn’t we be proud of it? Nationals are about more than one day of fishing. The Angling Trust Division One National is the most important team event of the year for us. The reasons aren’t perhaps as simple as just fishing the biggest, most historic and prestigious team event in the calendar.

By their nature, national venues wander around the country from narrow canals like the Shropshire Union Canal to big powerful rivers like the tidal River Trent and diverse systems like the Bristol Avon. This is where the value of Nationals comes in; it’s a chance for the team to come together, to learn quickly, share knowledge and make new contacts and invest in new, sometimes specialist kit. As the years roll on you find yourself a much better angler, having diversified enough to cover the venues which benefit both you and the team.

Our annual pilgrimage to whichever part of the country is host brings the team together better than any other event. It’s a formula that typically involves two full weekends of practicing; usually opens or local team events, and then the important penultimate weekend ramp up, where we’ll fish the RAF Drennan Team challenge. This is always held on the last Friday before National day. Then there’s the Angling Trust Individual National and we’ll then finish with a team line up somewhere on the final day of practice before the big event.

The Monday before National weekend is usually ‘the’ team meeting where we hone methods, highlight different areas of the venue, and pick the team ready for the lads to place bait orders and do some final kit prep. As a team Nationals help build skills, knowledge, and raise our profile and overall standard of angling. The team calendar is a busy one, but as individual events and the recent feeder phenomenon gain momentum, we’re proud to pay homage to the All England National and inspire others to not only fish, but really compete with the big guns.

Nostalgia and the future of nationals

The Angling Trust Nationals are very different events to those gone by, but they are still perhaps as good now as they ever were. OK, the buses, the big money wagers with the bookies (some of whom did a runner in times gone by), fixed peg draws, and the full results run down in Angling Times have alas gone. But the buzz of nationals is as alive now as it has ever been.

At the time of writing, 49 teams will line up in Division 1 National and 44 in the second division, the best for some time. We really want to champion the events themselves and inspire those of you that might fancy returning to them. Perhaps you’re thinking of putting a team together for 2020 – venues will be released shortly. You don’t have to enter these events to win them, although of course that’s the magic – anyone can win these! More important is that your team enters just to be part of the experience and part of angling’s history and heritage. We look forward to seeing some of you on the Aire and Calder / New Junction Canal in August.

Find out how to enter this year's Division 1 and Division 2 nationals, plus our Canal Pairs championships here