While the Market Weighton Canal is not currently one of the Canal & River Trust's canals, this 'favourite canal peg' is, as Paul explains, not your typical canal and like so much of the nation’s canal network, found itself at serious threat of abandonment at various times in the past two centuries.

Current club, team or sponsor: None

How old were you when you started fishing?: 10

Which was the first canal you ever fished? At which location?: Leven Canal on the Granary section

Which is your favourite species of fish?: Roach and the humble gudgeon

If you had to choose just one, which would be your favourite fishing bait?: Good old maggots. They catch anything

What do you consider your greatest fisheries or angling achievement?: I was lucky enough to catch a brace of 3lb Grayling a couple of years ago

What is your remaining biggest single ambition in fisheries/angling?: I’d like to catch a 4lb grayling and a 3lb perch. I’d also like to find the time to fish more matches and one day make the final of the canal pairs championships

Who is your all time fisheries or angling hero and why?: Bob Nudd, for his all-round ability on natural waters and the way he handles the pressure in the big matches. I was at Holme Pierrpont in 1994 for the world angling championships and the crowds were unreal. I wouldn’t have been able to tie a hook on, never mind fish the slider at range.

When it was first dug in 1782 it was designed for both freight and for drainage of the low-lying land between Market Weighton and the Humber. Following the decline of the commercial viability of canals due to the arrival of the railroads, it was eventually abandoned as a navigation in the early 1900s.

The rising of the tides

Following heavy flooding in the area in the 1960s, the canal was converted to a carrier drain and six pumping stations were built to convey water to the canal from local drains. The canal discharges directly to the Humber and as a result is now tidal!

The bottom end of the canal around Broomfleet is ever so pretty with lots of trees on the banks and plenty of wildlife to look at; you may even see the local marsh harriers and bitterns.

There are wide range of fish species present and you could catch as many as 10 or 11 in a day including another of my favourite mini species, the ruffe. 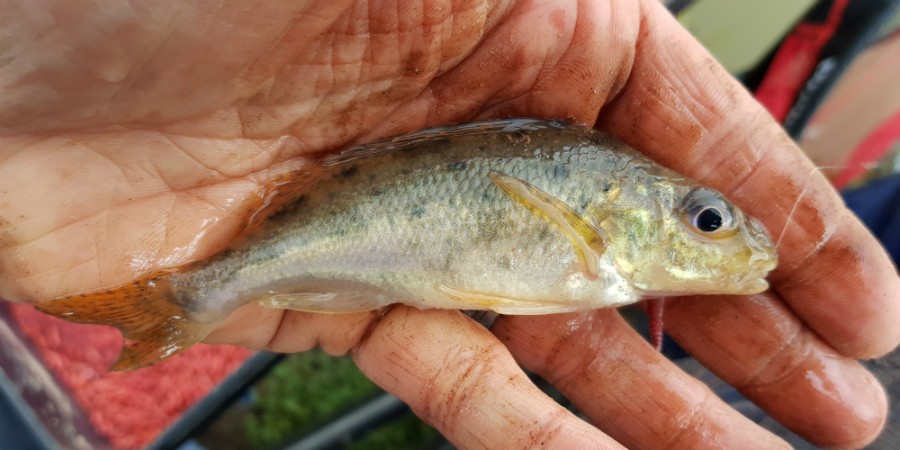 The canal fishes well throughout the year but it is in a winter when the fishing is at its best. The silver fish populations pull into the Newport village section between two bridges and some excellent sport can be had. This is the location of my favourite peg. There are no permanent pegs on the canal and in certain sections the access is quite limited.

The beauty of the village stretch is that there is good parking behind your pegs, good access to the canal and you can visit the village shop, pubs and amazing butchers (I recommend the sausage rolls). Anglers make quite an important contribution to the local economy of the village in the winter months. The fishery in the village section is run by the local Parish Council and day tickets can be obtained on the bank, priced at just £3 per day, inexpensive by anyone’s standards.

One of my best canal match catches came from a peg on the Green, which is the section of the fishery located directly upstream of the Newport road bridge. 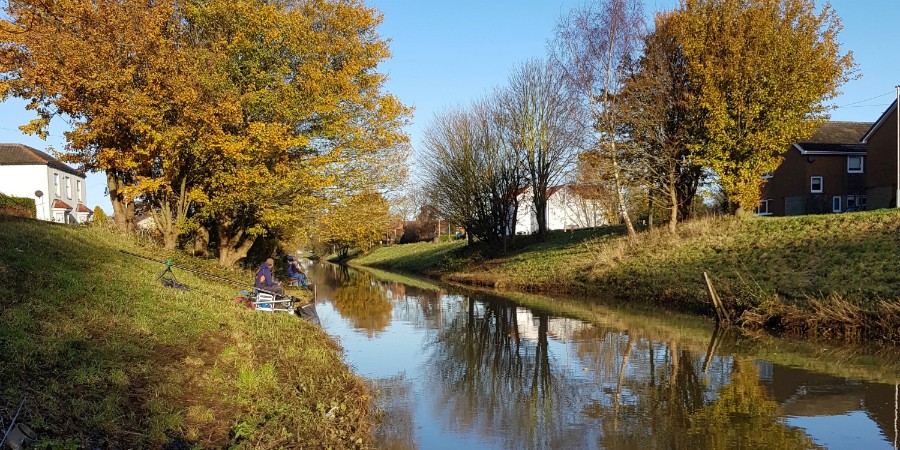 You can squeeze six anglers on this grassy section and the peg opposite the depth marker board is often a good bet. It was on this peg that I weighed in nearly 11lb of roach and perch in a pairs match a couple of years ago. This was made up of well over 100 fish and was a very busy days fishing. For me, one of the many joys of canal fishing is the number of times the float will go under during the day, if you fish it right that is.

Even though it was one of my best days on the canal I didn’t actually win that match. I managed to win my section, which is always pleasing and was winning the match until my partner in the pairs weighed in last and beat me by 2oz (just one fish). We did win the match overall as a pair and went on to win the league that year as well!

The canal is very shallow, though the depth does change throughout the day due to the tide and due to the action of the pumps. The bottom is also very uneven, which makes finding ‘dead depth’ hard work. I told you it wasn’t your typical canal!

The best tactics are pinkie or big maggot over groundbait, bread punch and chopped worm for the perch, some of which are over 2lb and well worth catching. I normally fish three lines. The first at four metres to catch early on, which is fed with groundbait, a second line at seven or eight metres depending on how clear the bottom is, again fed with groundbait then a third worm line fished downstream at between five and seven metres depending on depth. I’m not the best bread punch angler so I tend to leave that alone though a lot of other anglers use it to good effect in the colder months.

If you like your pike fishing, this is the canal worth heading to. There is a large head of pike to in excess of 20lb and you can have multiple catches in a day. My personal best pike of 17lb came from the stretch of the canal at Broomfleet. So there you have it: if you fancy a change from your traditional canals I suggest you visit East Yorkshire next winter and give the Market Weighton canal a bash. You won’t be disappointed.