Whixall is perhaps most famous for its large area of boggy peat mosses and before its recent demise, a fairly unique tourist attraction in Furber’s scrap yard, the place where everyone seemed to head in the search of spare car parts.

Current club, team or sponsor:  None at present but formerly Browning Lifestyle

How old were you when you started fishing?:  8 years old

Which was the first canal you ever fished? At which location?:   Llangollen Canal at Whixall, my favourite peg

Which is your favourite species of fish?:  Roach

What do you consider your greatest fisheries or angling achievement?:  1994 Junior National team silver representing Wyche Anglers, I can still feel the buzz now

What is your remaining biggest single ambition in fisheries/angling?:  After recovering from my long illness, to get back to competitive team fishing. Ultimately, I would love a Division One national medal

Who is your all time fisheries or angling hero and why?:  My best mate Simon Mottram. His enthusiasm or commitment never wavers and he’s a brilliant angler to boot. Plus, I feel sure his 2016 learn to fish video series will help a lot of kids catch their first fish and thus help to keep the sport of fishing alive.

Although it isn't the greatest peg for quantities of fish, it's always going to be uniquely special to me. For it's bang in the middle of my favourite stretch of canal, full of boyhood memories and a place I dreamed of revisiting during my darkest hours.

Boyhood memories of my favourite peg

My favourite feature of Whixall has always been the Shropshire Union / Llangollen Canal. I have never been certain of its correct name, even the road signs are conflicting. It’s often called the ‘Welsh Canal’ by traveling anglers although more of it is actually located in England, albeit nobody really knows where the border is in the Whixall area. It was here, where the canal flows between the Furber’s scrapyard lift bridge and the junction with the Prees Branch that I first tried out fishing nearly 30 years ago. I can recollect the day I caught my first few fish, gudgeon, a roach and a suicidal perch. Growing up, this section of towpath was also part of my paper round route, so for me, this was ‘my personal section of canal’.

I forget how many hundred hours I must have spent fishing various pegs on ‘my section’ of canal. It was after all within walking distance of home. Along with my best pal Simon Mottram, I was a budding match angler and we were both part of the 1994 Wyche Anglers team that finished runner up in the NFA Junior National. How proud we all felt that day and still do come to that, for team success can never be taken away; we are a small but fixed part of angling history. Not long after that, while we were bloodworm scraping, Motty had his 15 minutes of fame even making the pages of the News of the World. To cut a long story short, he was fortunate not to drown or die of hypothermia in that freezing bloodworm pond. We have both respected the dangers of water from that day on.

Two or three years ago I was diagnosed with a life threating illness. Looking back on it, the odds were not necessarily in my favour. Its best you don’t know that at the time. Many things cross your mind in those long dark days, family and loved ones of course and what might become of them in the worst case scenario. Childhood memories naturally come flooding back too, oh I longed to fish just one more time on my favourite section of canal. Some days, the thought of that very prospect kept my flagging spirits up.

Last October (2016) I made a return to match fishing after a three year break due to my ill health issues. I was finally heading back to my beloved Llangollen Canal. The match in question was the inaugural Welsh heat of the Canal & River Trust/Angling Trust Canal Pairs. What excited me about this match was the fact it was being pegged on the canal in the very village where I grew up. Available on the Waterway Wanderers permit, it’s a venue that has never been heavily match fished. Nobody really knew how it might respond with potentially up to 100 anglers pegged on it, in the end 40 pairs lined up along the towpath that day.

Fishing on the canal around Whixall is a real mixed bag. There is a good head of bream and roach with bonus eels and perch to be had too. It’s a typical narrow canal with no real depth boat traffic is steady but not a problem. A Saturday was chosen in early October so peak numbers of boats were not expected and being turnover day for the hire industry also helped things.

After many hours on the phone to my best mate Simon Mottram and partner for the Match Steve Haywood, no real plan came to the fore. It was going to be a case of squatting it and trying for a bonus fish down the track.

All week I had the thoughts of drawing peg A1 in my head. This would be an end peg going down the Llangollen mainline towards bridge 47. It’s what us anglers call a flier with a good prospect of the winner coming from this peg with a big bag of skimmers on the cards for good measure. At the draw my 6-year-old daughter drew me out peg A13. How ironic, this would put me behind the scrap yard on the very area I first cast a line all those years back. In many ways it not the area I wanted to draw in terms of a match victory or for qualifying for the final. However, just to be competing again was amazing. I was back on the match fishing circuit, absorbing all the buzz and banter, not forgetting the occasional whinge of fellow competitors. I was thoroughly enjoying catching up with some familiar faces and enjoying the buzz. Next peg to me I had none other than my old team Browning Lifestyle captain Alan Round for company so I had someone familiar to moan to.

There are more important things than winning

The truth is my match from the fishing perspective never really got going. I think the draw put me out of contention but watching a largely motionless float in beautiful surroundings on a glorious autumn day is a million times better than being laid up in a hospital bed. Trust me on that. With my 6 ounces of mostly small fish, I was pretty much stone last in the whole match but in truth I was probably the happiest person on the bank that day.

What made my day even more special was when my old mate from Grindley Brook Angling Club juniors days Mark Clutton came along the bank. I had not seen him for absolutely ages. He stopped for a chat but when he realised that he wasn't going to see many fish landed, he moved on in the direction of peg A1.

With 30 minutes to go before the all-out whistle blew, two more friendly faces appeared out of the blue. These were John Ellis from the Canal and River Trust Fisheries team and his long suffering wife, Mebrat. John was responsible for getting myself and dozens of other young people into fishing through the junior section at Grindley Brook Angling club. He hammered home the importance of small hooks, fine lines and regular feeding patterns; things as true today as they were nearly 30 years ago when John was first imparting that knowledge to me. We used to have Friday evening canal matches which later lead to us joining up with the Wyche Anglers to form the junior national team.

Winners on the day 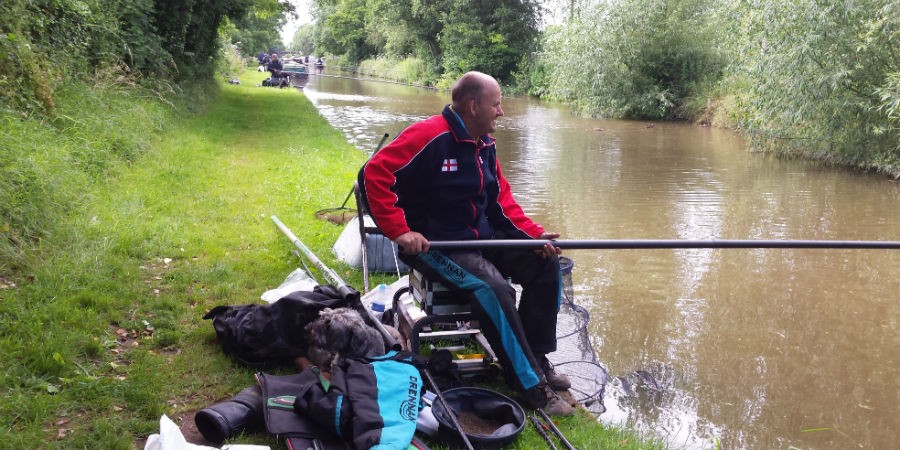 The match had been organised by the excellent team of Terry Nutt and Dave Watkins (who did not fish on the day)... 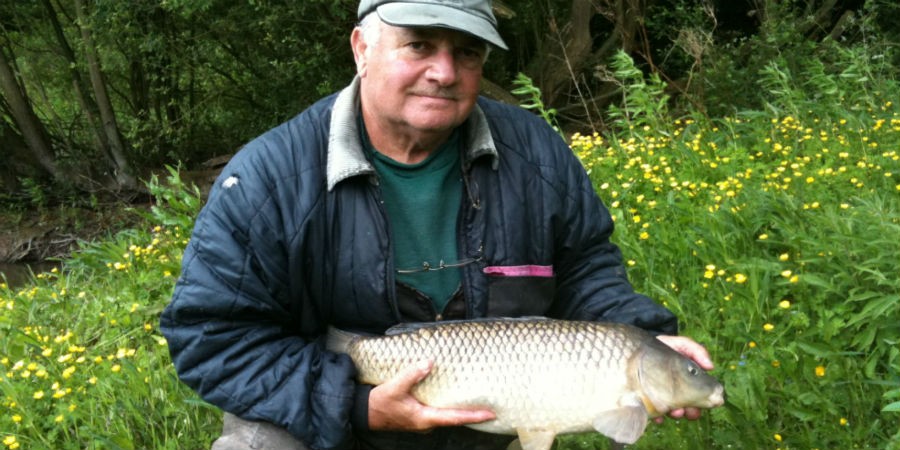 and as expected, everything had run like clockwork. With these two guys on charge, the upcoming running of the Division One national is in safe hands.

When we got back to the headquarters the canal had fished well if a little patchily in places. The angler on peg A1 had won the match with a big 20 odd pound having caught skimmers and other bonus fish. A good angler on good peg, the rest of the field were always going to struggle to match that. I don’t believe in angling miracles, but the fact that Terry Nutt had not let his son Michael down and they ended up qualifying for the final was something of an unlikely result.

But I was a winner too. I had a good catch up with many old friends on the bank and over a pint afterwards. Although peg A13 isn't the greatest peg for quantities of fish, it is always going to be uniquely special to me. For its bang in the middle of my favourite stretch of canal, full of boyhood memories and a place I dreamed of revisiting during my darkest hours. I had made it back, that was a true victory.