Keith Elliott has probably written more words about fishing than anyone else alive. Indeed, there can't be many in history who have turned out more than 9 million words on the subject.

Ohio have a law stating it is illegal to get a fish drunk. How do you get a fish drunk? Spike its water with vodka? Was it forced on law-makers by gangs of badly behaved fish?

Keith Elliot writing in The Independent

Keith’s range is astonishing. He is editor of the magazine ‘Classic Angling’, which has run for around 23 years. He wrote a weekly piece for ‘The Independent’ and ‘The Independent on Sunday’ for 24 years and was the paper's longest-serving columnist. He ghost-wrote Bob Nudd's autobiography, ‘How to be the World's Best Fisherman’. He's even the angling columnist for ‘Old Moore's Almanack’.

Keith set up the Angling Writers' Association and is a former winner of its Writer of the Year Award. He was a founder member of the Mahseer Trust and its first chairman; he even wrote the angling book for the Duke of Edinburgh's Award scheme.

He's a decent angler too. He is a former national sea fishing champion, winning the three-day competition on Southend Pier. (The top prize was a colour television; the following year, with better sponsors, the winner picked up two cars!) 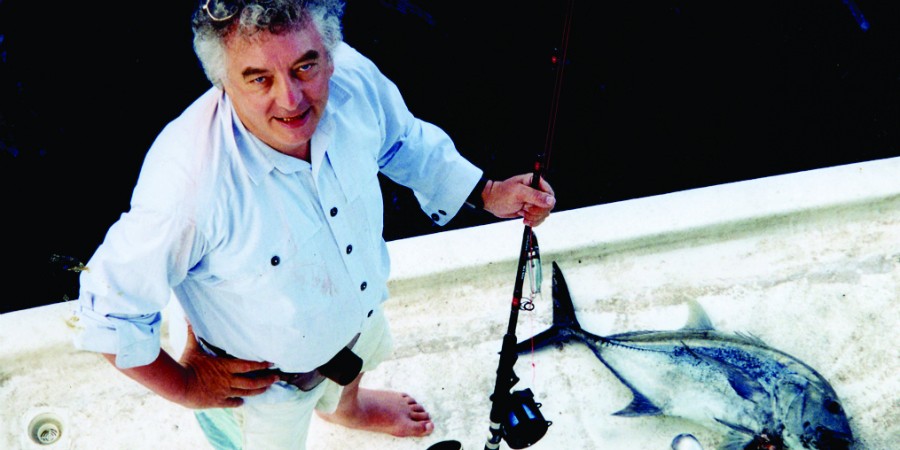 Keith has fished for the British press at fly-fishing and represented the press at an international match in Germany. (The Germans won because they didn't stay in the bar until 2am). He set up the A4 Match Club, which is still running after more than 50 years competing at the top level. 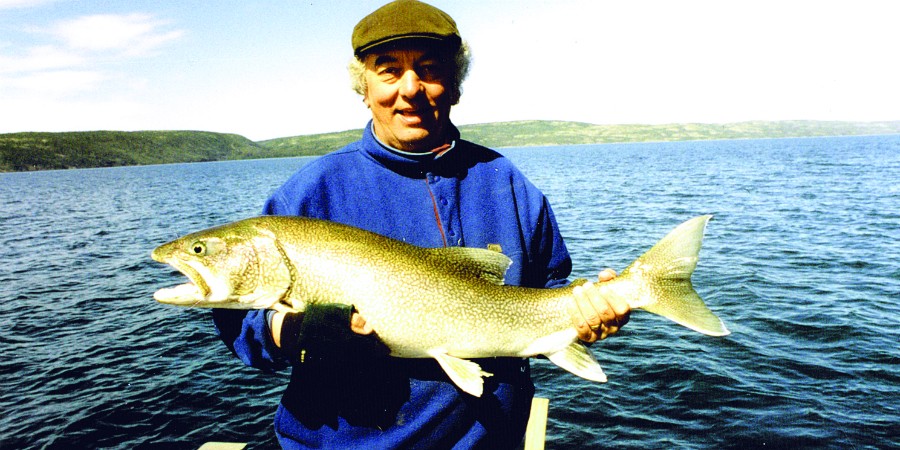 160lb skate, 170lb tarpon, and even a 180lb alligator gar (below), though he seems happiest just catching any sort of fish. 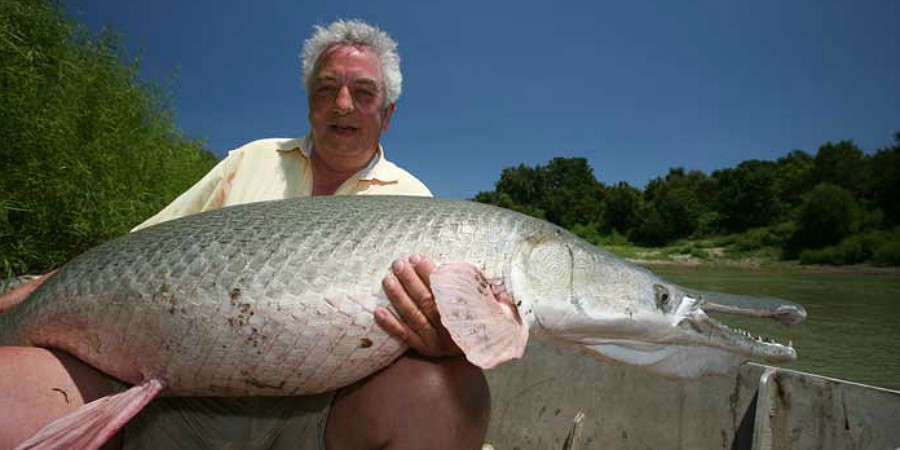 Mixing with the greats

He's been friends with many famous anglers, including Peter Stone, Fred J Taylor, Fred Buller, Dick Clegg, Bernard Venables and Clive Gammon. He gave the oration at the funerals of the latter two, as well as for top angling publisher David Hall.

Keith is renowned as a pioneering angler. He was one of the very first to fish for arapaima (in the jungles of Ecuador) and was possibly the first British angler to catch a taimen. 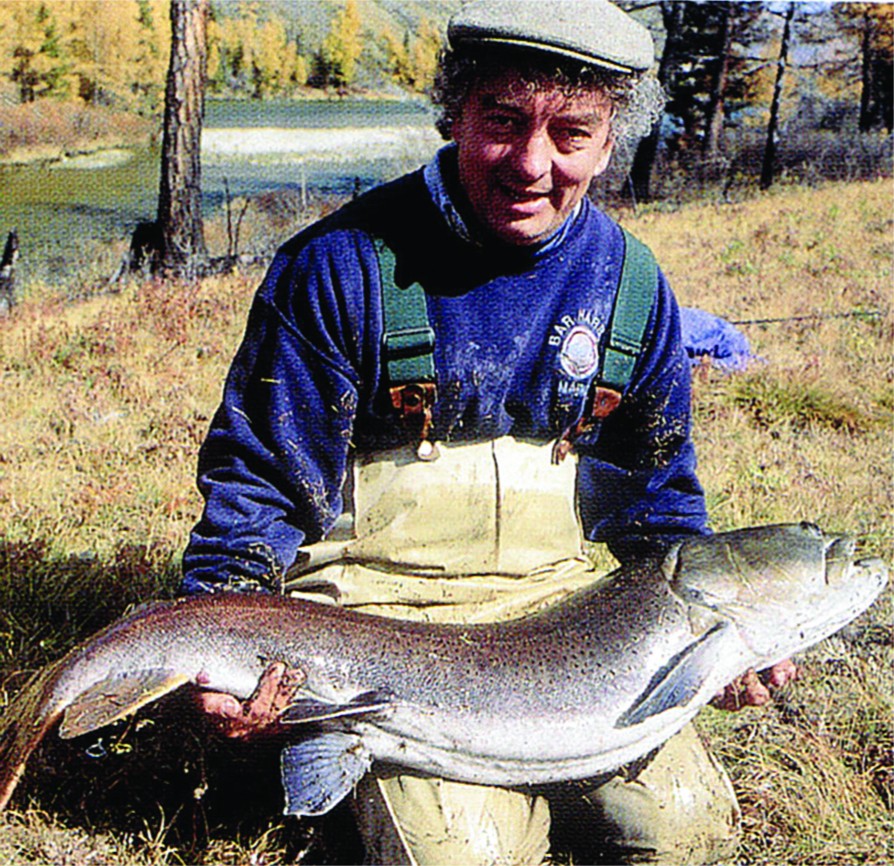 It was in Mongolia, on an exploratory trip run by John Bailey, to see if the then-mythical fish even existed in that area. (When Keith caught that first taimen, he said: "Well, we can all go home now.")

More recently, he's travelled to the remote jungles of Arunachal Pradesh in north-east India, catching a very rare chocolate mahseer while rafting down an unexplored river. 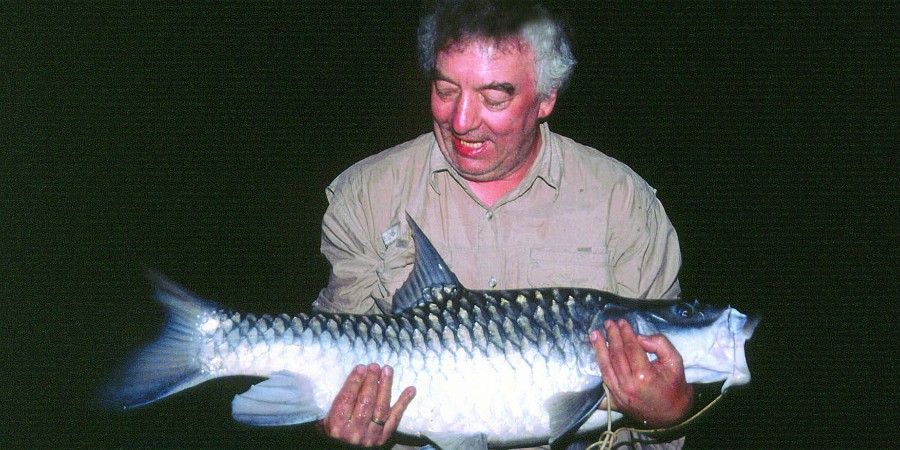 He's also caught sturgeon in British Columbia, halibut in Norway, sailfish in Mexico, bonefish in Cuba, salmon in Canada, peacock bass in Guyana and rooster fish in Costa Rica. And he writes vividly and entertainingly about all these trips.

So where have all those millions of fishy words mentioned earlier come from? He's written for several magazines like ‘The Field’ as well as ‘The Guardian’ and the ‘Sunday Mirror’, but most of his output went to local newspapers in the Maidenhead, Reading, Slough and Windsor areas.

He was incredibly prolific, turning out sometimes four columns a week for more than 30 years.

However, his best stuff, by most people's reckoning, was his weekly ‘Independent’ column. One of the biggest compliments was by a woman who wrote to the editor and said: "I have no interest in fishing, but I always turn to Keith Elliott's column when I get the paper."

He turned in more than 1,000 columns in 24 years, covering everything from duff science to Princess Di to politics, and all with a fishy theme. Here's a typical example.

“The caring councillors of Ohio have a law stating it is illegal to get a fish drunk. An interesting one, that: how do you get a fish drunk? Spike its water with vodka? Was it forced on law-makers by gangs of badly behaved fish?”

He vowed never to use a simile like ‘black as night’, so we were entertained with some delightful analogies such as "it was like hunting mice with a Kalashnikov" or "like getting 'I’m an idiot' tattooed on your forehead".

Writing humorously to a tight deadline to please both anglers and non-anglers is a great skill. The compilation of his columns, which he claims he's working on, will surely be one of those volumes that will entertain both.

Twice author of an unprinted book

Keith wrote one important book that has never seen the light of day. Though he was twice paid for ‘Fishing the Thames from Source to Sea’, each time the publisher went bust before the book was printed. "It's the publishing equivalent of standing under a ladder and watching a black cat walk in front of you on Friday the 13th," Keith said.